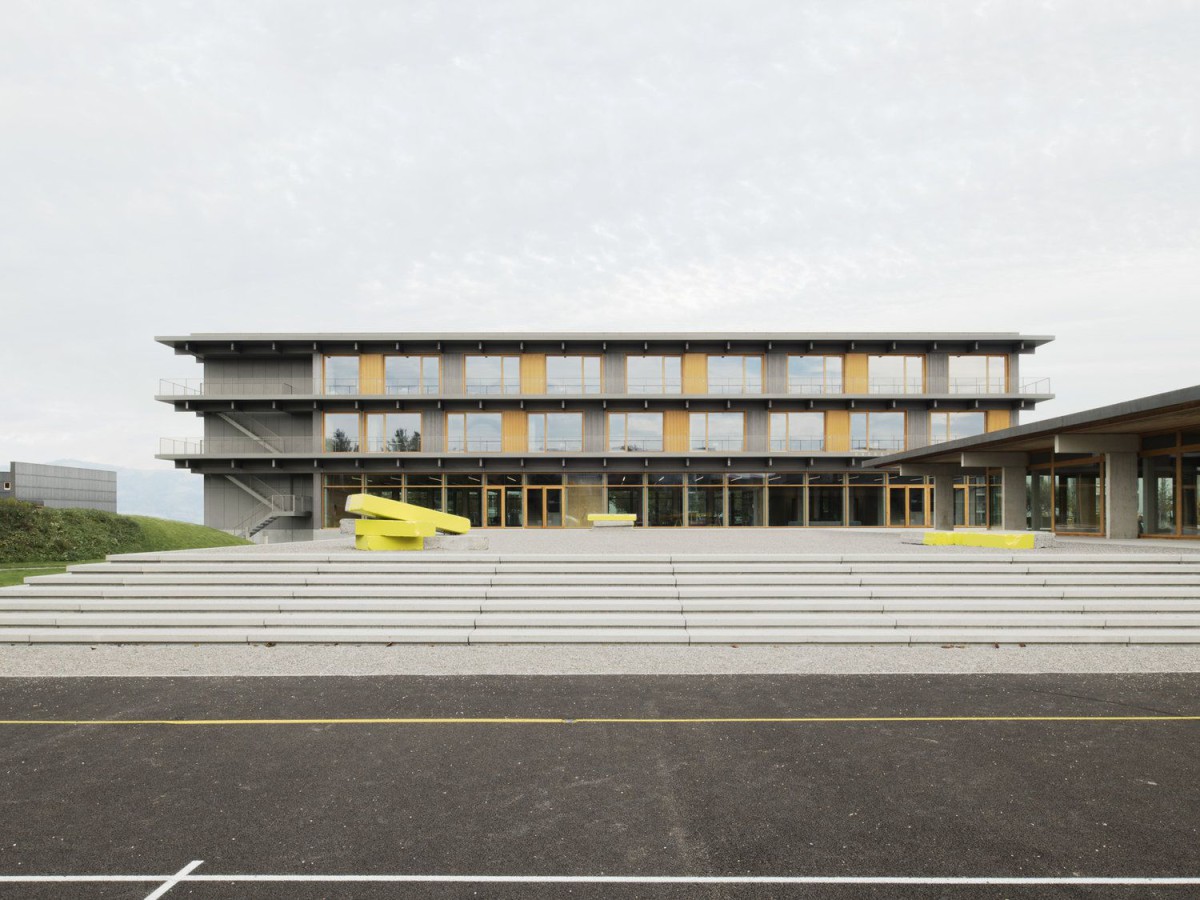 The new school building brings an additional 24 classrooms, a double-gym, an assembly hall, and a myriad of administrative rooms and workshops onto an existing school campus. There were two initial design challenges: how to add a building that is three times the size of the existing secondary school without destroying the park-like atmosphere of the site; and how to create a stronger collective identity to the constellation of buildings. The solution of least impact was to create a singular volume that would stack the classrooms above a half-sunken sports hall. The existing plinth would be extended and modified as a common entry court for the two buildings, allowing them to be independent while connected underground.

The consolidated program means that on the ground floor the series of public spaces (lobby, assembly hall, and teachers’ lounges) bracket the void of the double height sports hall, creating an immediate adjacency and visual exchange. The gym, a program that is typically hidden from view or even housed in a separate structure, becomes the central life of the school.

On the floors above, the need to span the gym created a very deep plan punctuated by four courtyards. The depth offered an opportunity to introduce an informal study landscape, a generous space that functions simultaneously as the internal distribution. This programmatically undefined space breaks from the typical institutional character of secondary schools where form and program are often a tight fit, to suggest a spatial experience that can absorb the changing pedagogies in the years to come.

A ring of classrooms surrounds the central hall on each upper level, connected internally through an enfilade that allows the rooms to be flexibly paired. Large picture windows bring natural light into the classroom as well as a heightened sense of the outside.
_