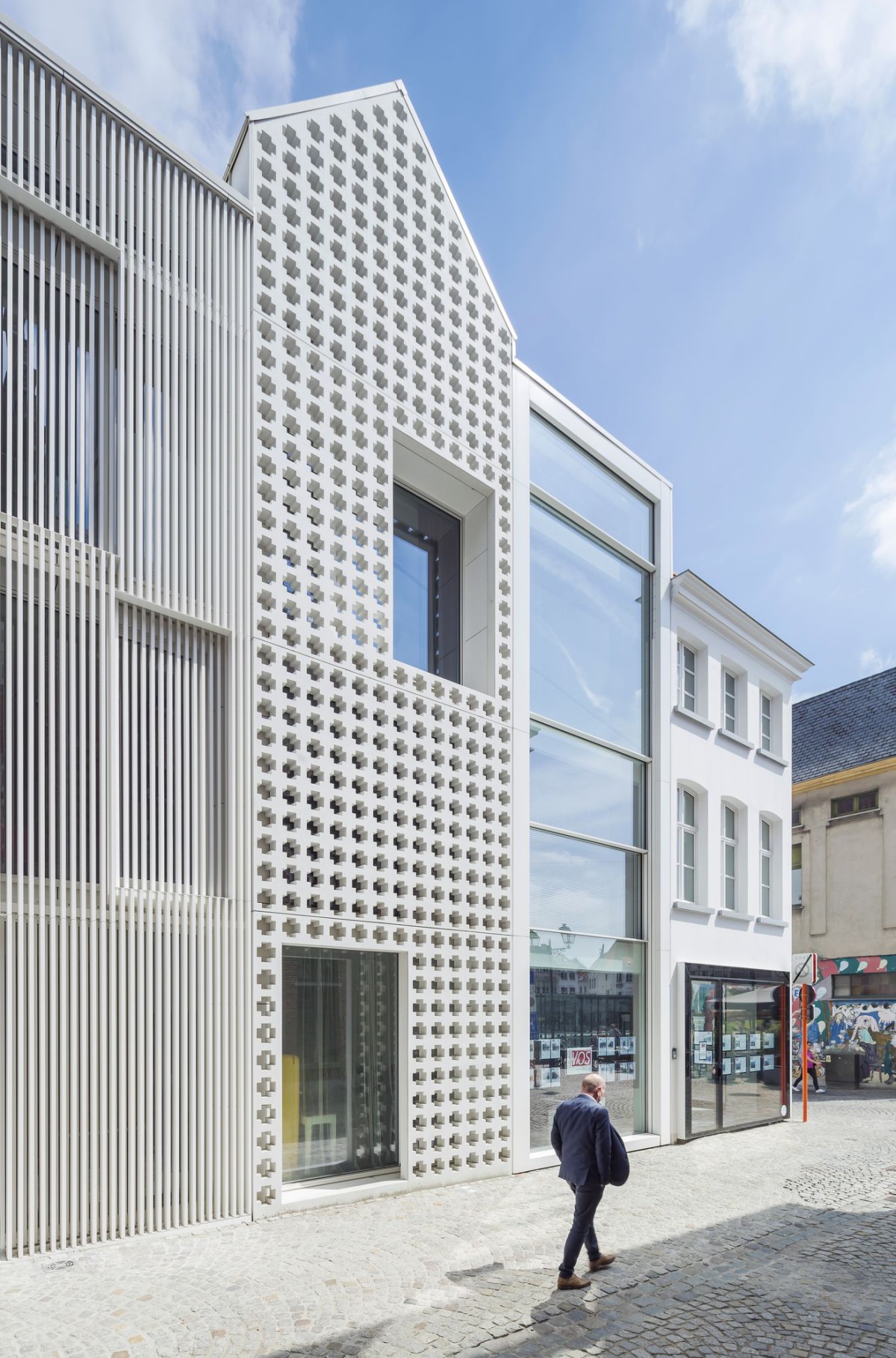 A few years ago, House of Lorraine was a decayed place, a grievance at the Grote Markt in Mechelen.
dmvA was asked to transform this corner and thus refresh the market and street scene.
In this project there was great importance attached to urban integration, with respect for the history of the building. For dmvA, high quality living was also the aim.

The concept of House of Lorraine is based on the urban morphology of the Grote Markt. Rather than building one big monolith, the rhythm and form of the original façades were kept. In that way, the rhythm of the street was not disrupted. By preserving the rhythm of the façades, the residences are small and vertical. dmvA decided not to arrange the indoor areas themselves, but instead give the inhabitants the flexibility to fill in their house according to their needs.

Because the house on the corner was once white plastered, Mechelen requested dmvA to bring that back. Therefore, the other houses became white too, with a different materiality each. The first façade consists of aluminum slats and the second one consists of precast concrete with a cross pattern.
Because of their structure, the façades are airy and open, but ensure enough privacy. The third façade is glass, where the ground floor can be used for commercial purposes. The fourth got renovated and white plastered.

Inner street gives structure and animates
Because of its position, the corner house didn’t have a great light flow. As a solution, an inner street was created between the residences, allowing the light to circulate better and reach the corner house too. At the end of the inner street there is a mur végétal, a vertical urban garden. The private terraces, built by floor tiles in expanded metal, were placed floating above the inner street. The St. Rumbold’s tower is, thanks to its close location, the ideal décor for the residents from their terrace. All homes are accessed through the semi-public space. The social aspect of quality living is encouraged here: The inner street also functions as a meeting place for the residents.
_