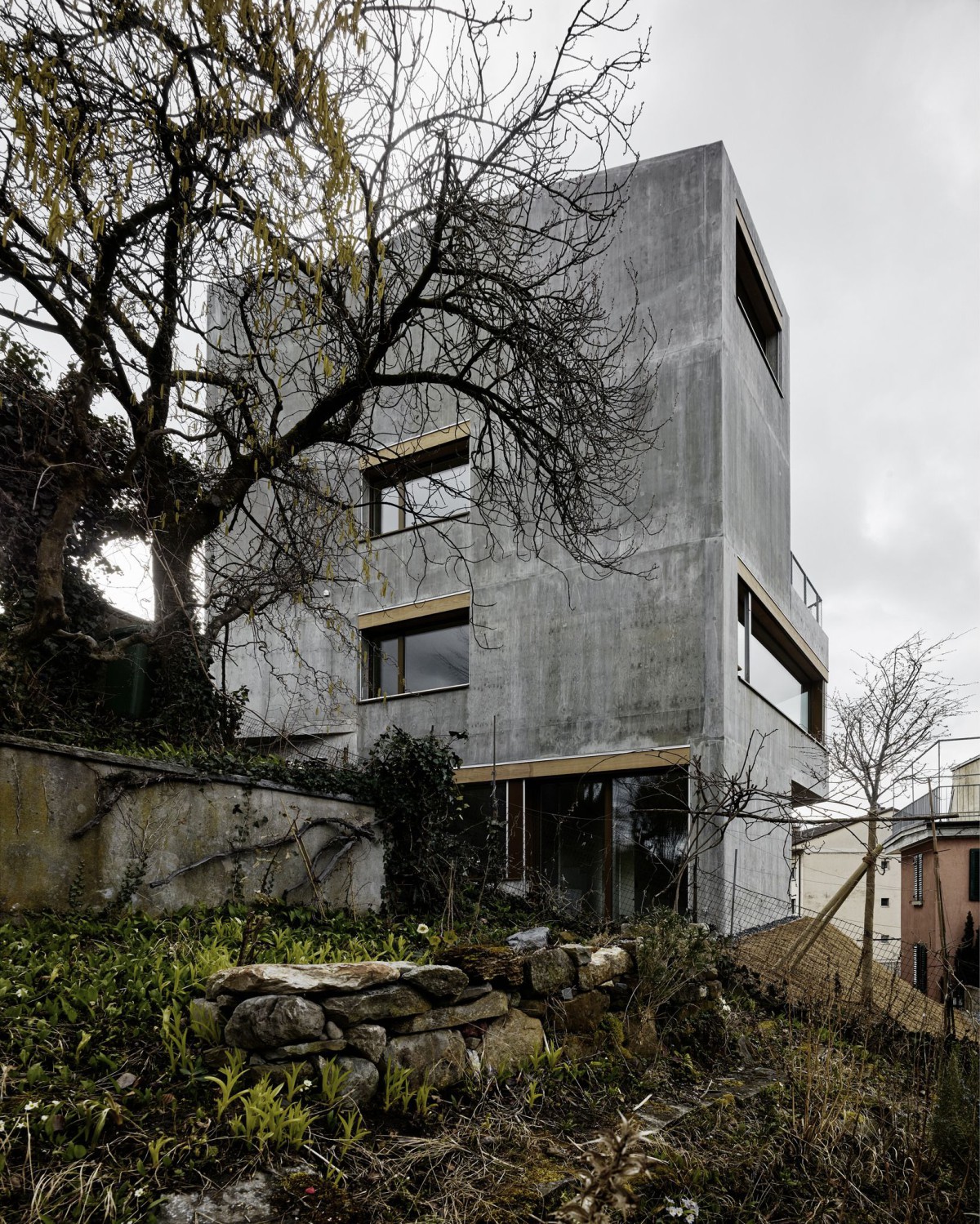 The project aims to compensate for what is a rather unfavorable access situation by means of outstanding living qualities. The building plots are situated within the second row of buildings on Waffenplatzstrasse, meaning that they are treated from their rearward aspects in terms of the building regulations. This, in turn, has a potential effect on the volume of the new building. Taking the building codes into account, in particular, the boundary and building setbacks result in a complex and versatile volume.

The new building is conceived as an overall form, intended to be read as a connecting link between the disparate neighboring vicinities. In this sense, the facade correspondingly responds as a whole to the varying situations. The subtly undulating volume of the building creates multi-orientated apartments arranged around the centrally placed circulation core, located at the narrowest point of the building. The western facade is designed to be seen as an answer to the heterogeneous, intermeshed character of the neighborhood.

By means of the concave articulation towards the city, the volume retreats at the proper point vis-à-vis the adjacent buildings, the old and the new together forming a type of courtyard space. The animated eastern facade furthermore allows the building to dovetail with its surroundings. The raised position of the building plots provides the apartments with unique views, both out over the city and the non-building zone. In order to fully exploit the situation, the roof story is additionally formed as a generously spaced apartment occupying the entire floor area. Each of the apartments is afforded a private area and enjoys two to four of the different alignments. By virtue of the positioning of the openings, the feeling of spaciousness in the circulation space belies its minimal dimensions.

The implementation of the architectural concept using economic means of construction and a differentiated material scheme is still in the process of development, meaning that they cannot yet be fully expounded. In essence, the aim is to achieve a distinct, urban architectural appearance that can be closely integrated with the surroundings. A concrete facade is intended, absorbing the formwork pattern of plywood panels. In this way, the facade takes on a monolithic yet simultaneously refined look, at the same time articulating the crossover between the rural non-building zone and the urban neighborhood.
_