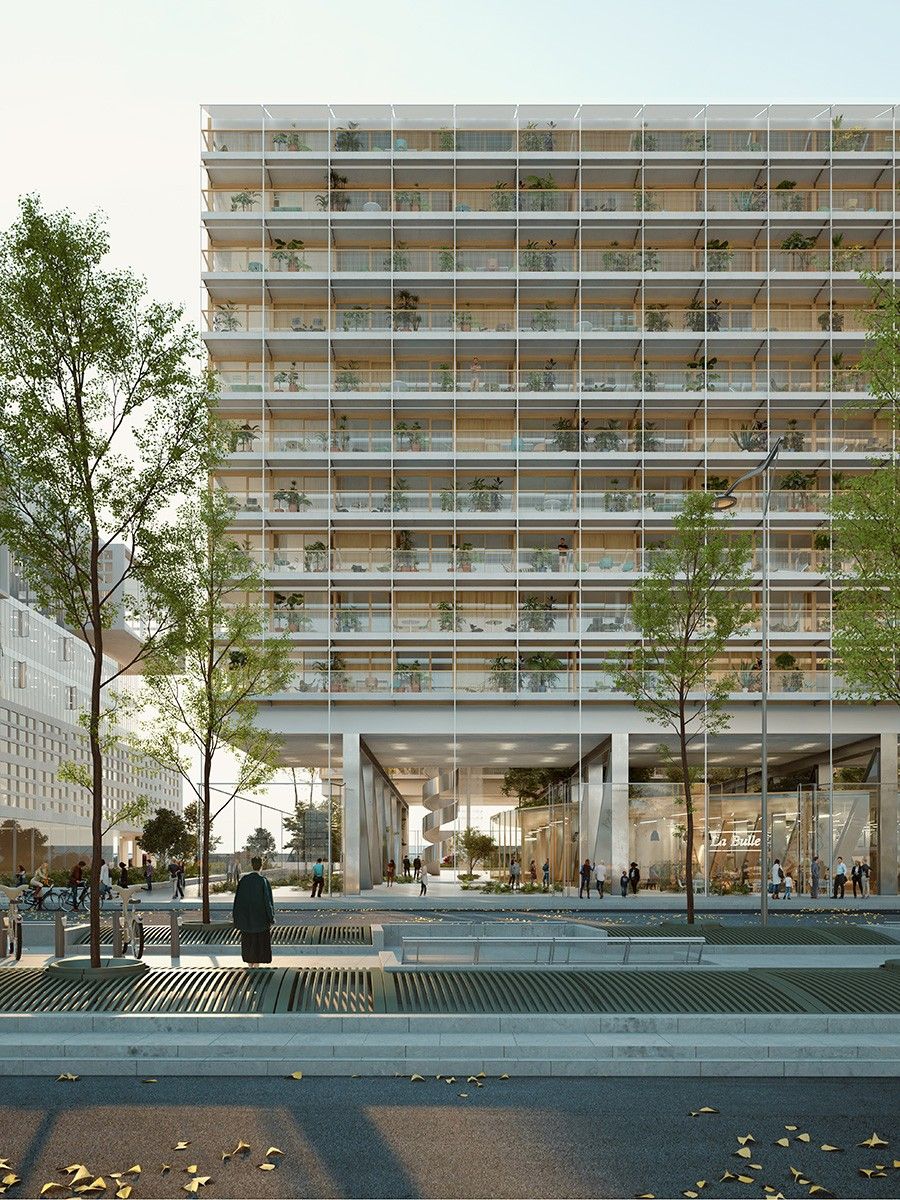 Lot T6B is part of the final project phase of the Tolbiac Chevaleret sector. It winds up the reconquest of the banks of the Seine for the 13th arrondissement in Paris, initiated thirty years ago by the great project of the François Mitterrand Library, National Library of France. With the conversion of the Halle Freyssinet, a former railway depot, the construction of lots T8 to T5, planned as a chain of bridge-buildings crossing and covering the railway tracks of the Gare d’Austerlitz, represents the keystone of the new link between the Chevaleret neighbourhood and the river banks.
This operation re-works and extends the entire 13th arrondissement, which thus re-finds its relation to the Seine and the landscape of the right bank. This situation means here designing an architecture which powerfully expresses this basic link between Paris and its river, by associating a permeable and active ground level, and dwellings with a strong connection with the greater landscape. The base plays the role of activator by way of the particularly fluid space which it offers between the Promenade Claude Lévi-Strauss and the Avenue de France. The two pavilions which surmount it are situated parallel to the avenue and the promenade, to make the most of the very open situation above the Station F building and between the Library towers. In this way, a double scale enriches the project: on the one hand the ground level intensifies the link between the public places and the great cultural programmes in place; on the other, the floors of the pavilions project views of the housing units well beyond their immediate setting.
_