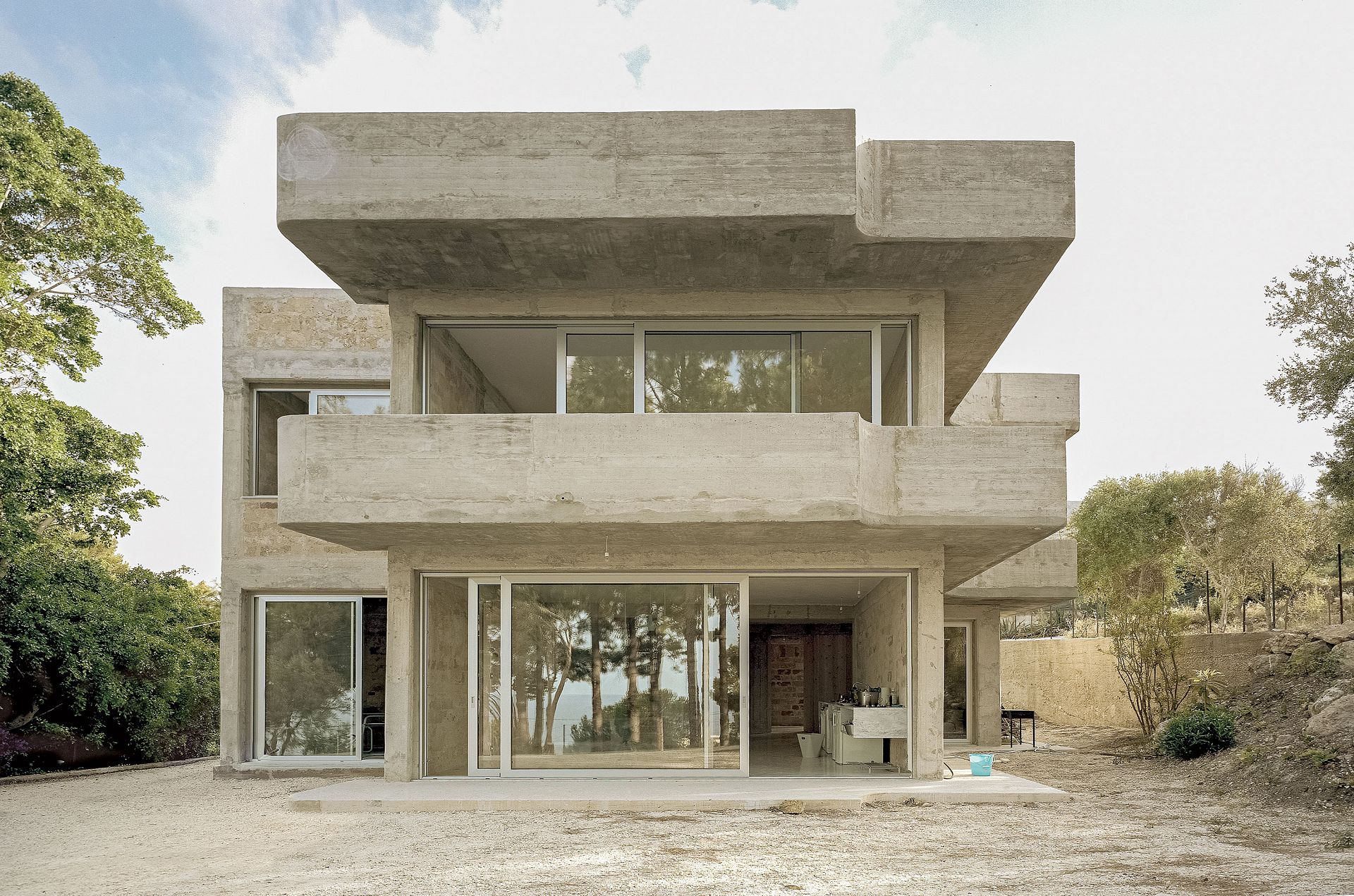 Built in the 1970s as a guesthouse, the building in Castellamare del Golfo in northeastern Sicily was later used by the Guardia di Finanza, the Italian Economic law force. Because the building contained more volume and surface area than was authorized in the original building permit, the structure couldn’t be used for future usage. However, because the Italian building code only measures the gross volume above ground, earth was added around the ground floor, which automatically reduced the total amount of “above-ground” area. After the building was legalized, the earth was removed to reveal the original volume of the house. Additionally, because surface area taken up by mechanical facilities is also not included in the calculation of floor area, additional mechanical spaces were created to “reduce” the area built illegally.

The first floor and rooftop are contained by curved balconies that wrap around the house. To increase the safety of the balconies, the 6cm-thick walls, originally constructed from a soft, local stone, were removed and recast in concrete. On the interior, all walls that were non-structural were also removed, leaving only the main envelope and the concrete frame structure. In order to keep the open feeling of the rooms without losing privacy, plywood accordion partitions were installed for bathroom areas and guest rooms. When closed, the plywood partitions appear as single, seamless walls, but also open on hinges to act as doors. Before the house was repurchased, it was marketed without a view to the sea. To solve this, some trees in the back yard were cleared and windows were enlarged on the rear façade. As a rule, each existing window was expanded into ceiling height sliding doors to give access to the balconies and provide a visual relationship with the surrounding landscape.

The final intervention was the interior access to the roof, which was created using an operable hydraulic hatch door that can be opened from the inside.
_