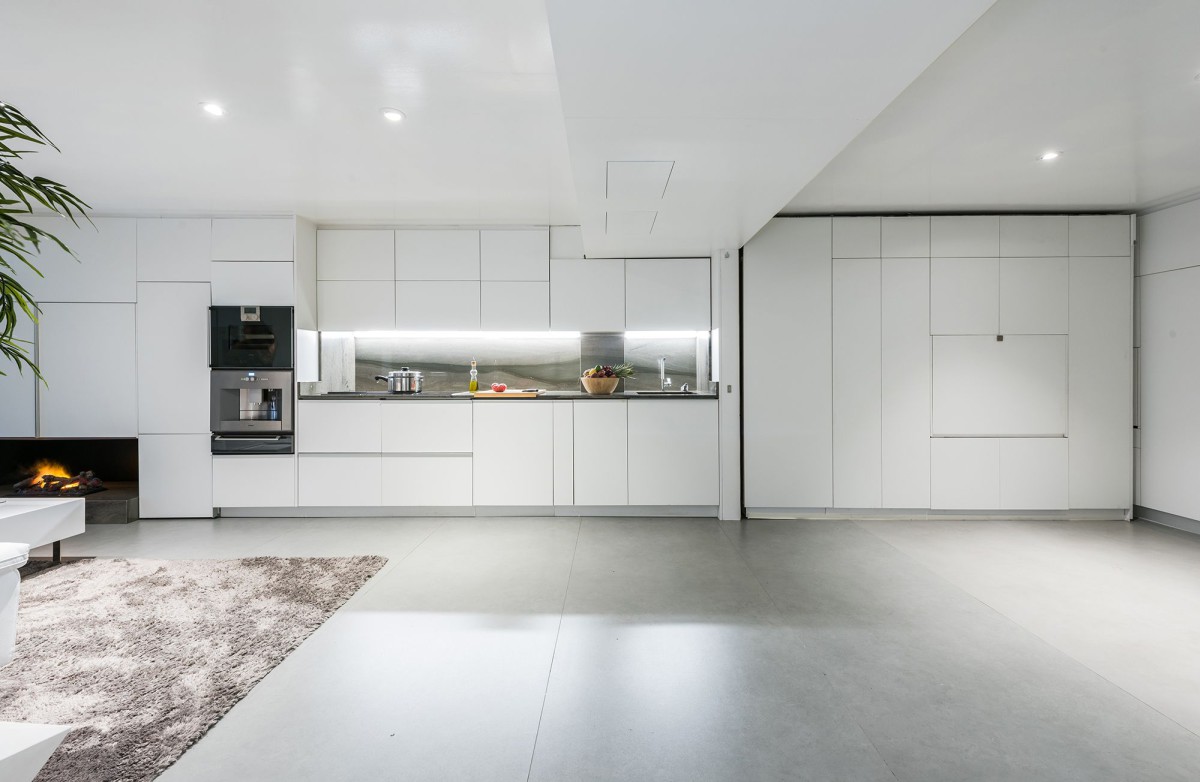 Gerardo is the owner of a well-known restaurant in Madrid. Pilar has just ventured into a new business by opening a bakery. Her son Guillermo has just finished his musical percussion career and wants to do a master’s degree abroad. They lived together in a spacious apartment of more than 150 square meters in Madrid but now that Guillermo will go out they decide to renovate a small apartment of about 70 square meters that they own. Cities are going to need more and more compact housing solutions every day, which consume less resources and take advantage of the most precious space each day.

The change of housing is for Pilar and Gerardo a conscious alternative.

How to manage this space reduction from 150 to 70 square meters without giving up the luxury of space?
_

The apartment is located on a low ground floor and has a longitudinal configuration, with only one of its short sides with natural lighting. Although it is a house primarily to live as a couple, they need two rooms for the comings and goings of Guillermo and to host future visitors. In this way the whole apartment is configured through a large amplified piece of furniture, the place where everything is in its place. This is how the beds, the dining table, the chairs or the desks also become domestic objects that are stored, appearing and disappearing at the whim of Pilar and Gerardo. Through two rotating furniture, which work as the only walls of the apartment, with the exception of those that separate the bathrooms from the rest of the house, the different positions of the home are configured. The apartment can be a traditional house with two bedrooms, a small apartment for a single couple with a bedroom in fluid relation with the rest of the house or a space of more than 50 square meters for the necessary parties of the intense social life of Pilar and Gerardo .

In the EIP House each object of the family has a place and a way to be stored and deployed. The walls rotate horizontally to create the necessary intimacy in the bedrooms. The beds rotate and unfold vertically as do the desks, which can store the computer, the iPad, a book and even pens inside allow them to appear and disappear leaving standby what was happening on them. The dining table turns on itself if they need breakfast for two or three people and it unfolds until it becomes a large table for a dinner of up to eight people. The whole house hides objects susceptible to be deployed to be used. The TV hides and extends to be able to be seen from several positions of the house, the iron is stored in a drawer and there are several mirrors that appear and disappear with a simple click.
_

EIP HOUSE / “EVERYTHING IN PLACE” HOUSE