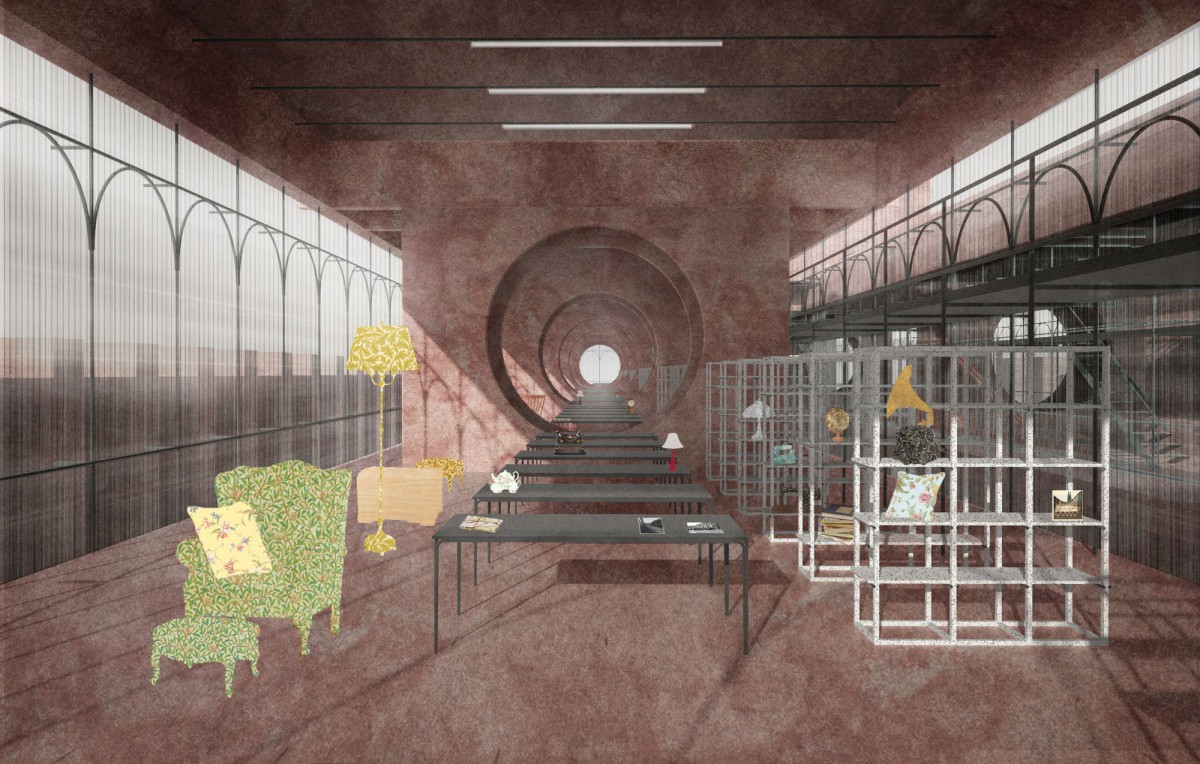 The Destructive Character, a Denkbild written by Walter Benjamin, serves as the starting point of a reflection on the role of destruction in the shaping of the city. Institutional, militaristic or self-inflicted; destruction has become a banal occurrence in West Belfast. Beyond the conflict, and the partition that ensued, the Destructive Character makes no distinction. Even the walls that stand between communities are of little help. In the face of the Destructive Character, all are equal in their vulnerability. It unifies in its oppression. This project explores the relationship between destruction and the domestic space. Through an architectural narration, it introduces a story where the discovery of such a character, leads to two scenarios.

The refuge provides its inhabitants and their belongings, with a simulated feeling of reassurance and continuity. The domestic space finds its introverted condition reinforced. The refuge isn’t fictional. It is the city, as it is today.
The Belfast Archives is a polemical response to the current condition of home confinement. By pushing the absurdity of the current situation to its limit, could maybe dwell the possibility of a different reality. The Archive is the new home of things, liberating the domestic space from the burden of memory and protection of traces. The movement of people and things towards the space outside, aims to constantly redefine the parameters of this liberated domestic condition. Craft becomes central in the appropriation of the newly founded public space.
_