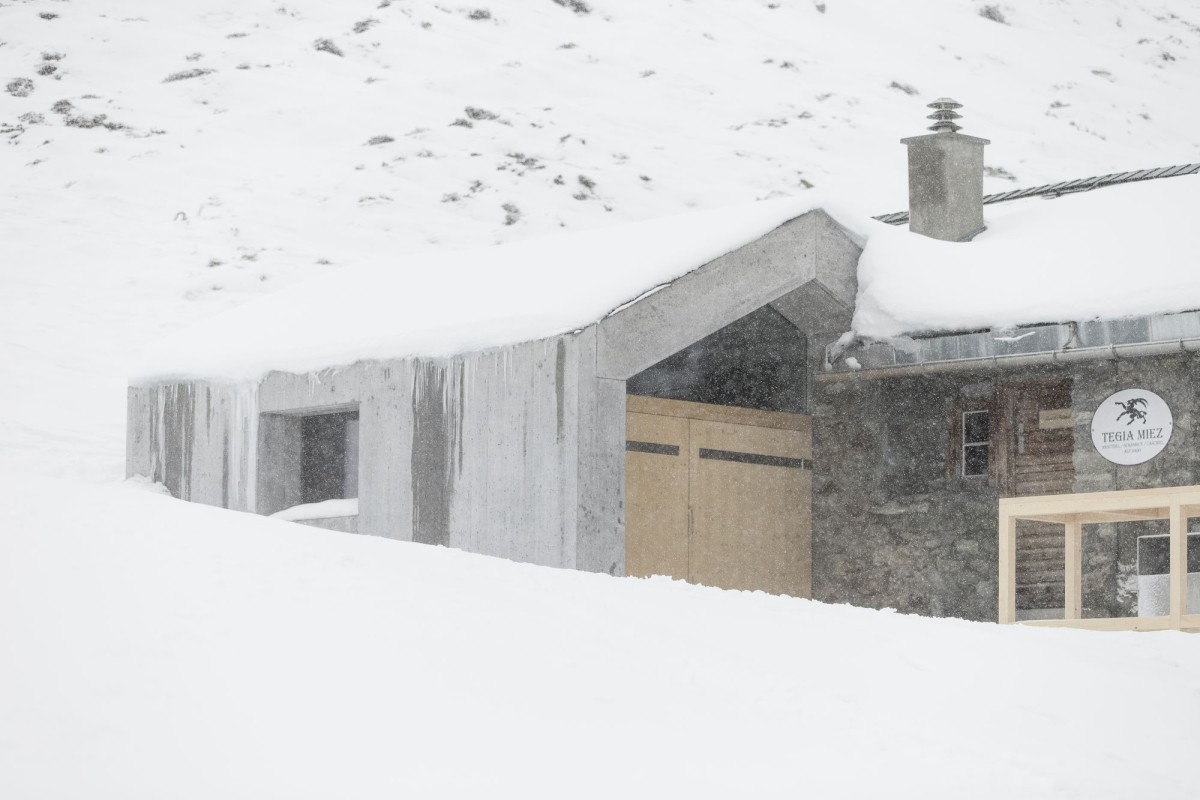 The ski-lodge Tegia Miez is situated on the Alp Dado above Falera. In the wintertime the lodge is used by the ski school whereas in the summertime, it is still used as an alp lodge. The food and the beverages you get in the lodge are all coming from the region. Especially the local meat plates are renown.

The client, the municipality of Falera with support of Weisse Arena Group, wanted on one hand to increase the existing guestroom and to renew the sanitary. On the other hand, an extension should give more place for a bigger kitchen. Furthermore, the terrace with a terrific sight should be extended.

A main goal of the project was to maintain the authenticity of the lodge. This is why the architects wanted to keep the existing structure and to subordinate the extension to the existing. The new part of the building which is much smaller than the existing uses the proportions of the existing building. It is placed on the westside in the back where it is connected by an existing door.

The materials used for the old and the new building are limited: broken stone or concrete with wood. The new part is built in a monolithic way: walls and roof are made of insulating concrete. The south façade was built with a full surface wooden gate and frameless windows. The existing broken stone wall next to it remains apparent in the room where the new kitchen is placed. The wall has been sandblasted, like the other walls of the existing building, and where needed tapered and patched. The new floor in concrete was abraded and sealed.

The back part of the existing lodge was set on new foundation. As a new floor, concrete was poured, also abraded and sealed. Three new water closets and a storage room were placed in this room. The walls, the slabs and the doors are still made of wood.
In the guest room in the front part the soils were done in wood and the heating was changed into a pellet oven in stainless steel.

The new terrace was enlarged to the end of the extension with a stepping toward the valley. The construction is made of wood on concrete foundation.
All the wooden tables and benches were especially designed for the whole guest area.
_