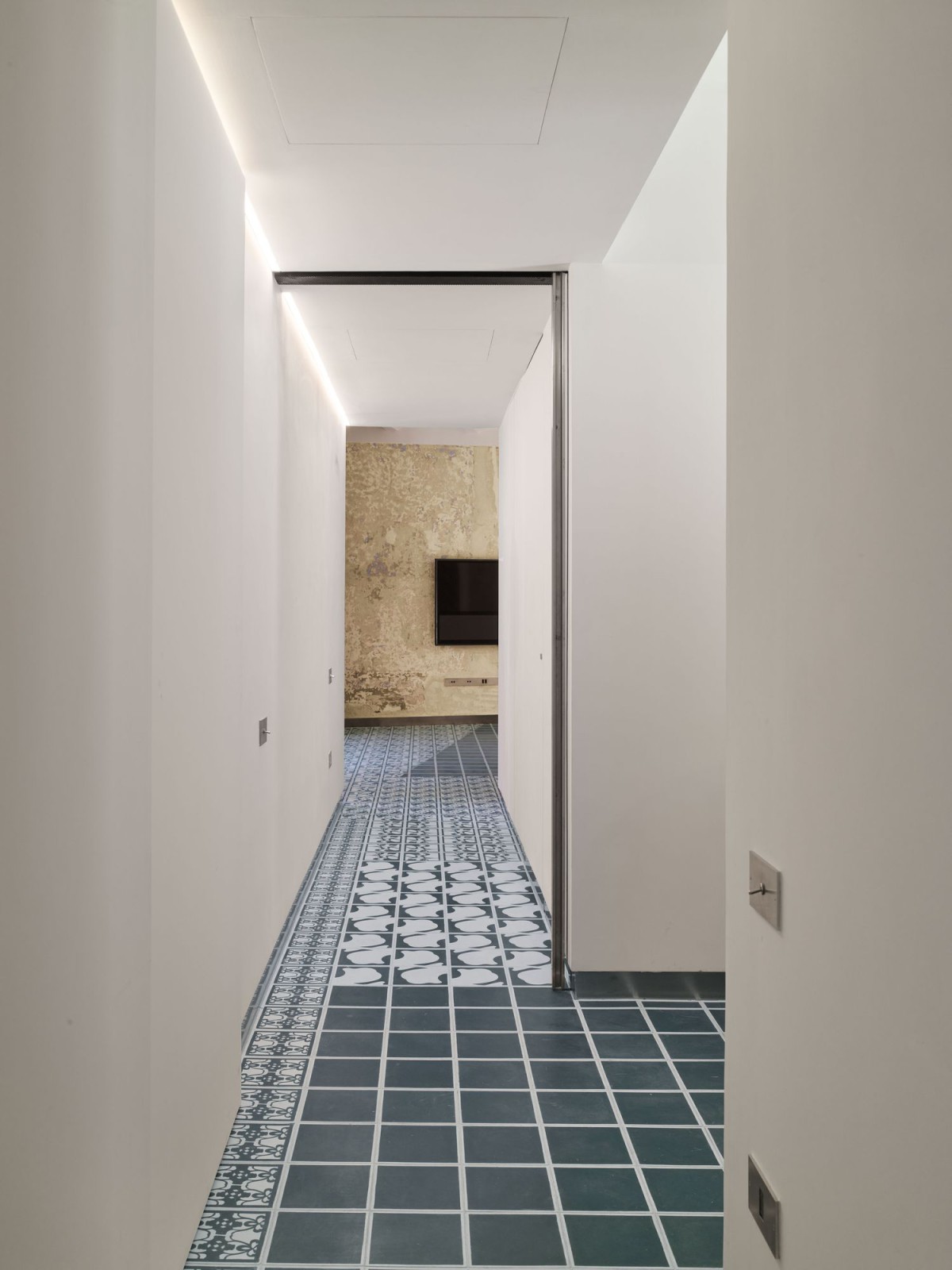 The new Palazzo Rhinoceros in Rome will be open to the public from October 11 at 10 pm.

Conceived by Alda Fendi, in a historic building in the ancient heart of classical Rome designed and furnished by Jean Nouvel, rhinoceros is the synthesis of the philosophy of her Fondazione, Alda Fendi — Esperimenti, that since 2001 has been experimenting in breaking down the conventional boundaries between disciplines. An authentic “art city” within a city, in which it will be possible to live and reside. A pole of attraction, a beacon lit day and night, where research and creativity find their ideal habitat.

Rhinoceros proposes an innovative and extraordinary programme with exhibitions, multimedia creations, reactions and artistic interventions involving different experiential areas ranging from visual to performing arts. A place not only to visit but to experience, somewhere to immerse yourself totally in the arts and live inside the experiments of the Fondazione. Artistic inspiration pervades the entire building, both vertically and horizontally, according to the structural possibilities of architectural design.

The name rhinoceros suggestively harks back to ancient Rome and to an idea of strength, form and unconventionality. This is echoed in the architectural design and in the life of the building, where for the first year, the theme of the rhinoceros will be manifested via the visual and performing arts.

The building has been given a strong and certainly unconventional mark by Jean Nouvel, who Alda Fendi called to design the interior and exterior. Artistic and never merely decorative, Nouvel has created an architecture that is always tense and that seeks to capture reality. On the outside original aspects have been attentively restored as far as possible, whereas inside the spaces have been reclaimed by uncovering the different layers as well as creating completely new elements: such as the steel blocks that in various forms close off and conceal living areas, kitchens, bathrooms or wardrobes. Thanks to the use of materials such as cement, iron and steel, together with the retrieval of the pre-existing, of the tiles, of the lives that have succeeded each other over the years in the building, Nouvel has created a new type of habitation.

The architectural inspiration extends along the entire perimeter, from the Fondazione Alda Fendi -Esperimenti gallery to the twenty-four residences. From the atria to the panoramic terraces that offer truly unique views of the ancient surroundings, the 17th-century Baroque and all the modernity of the Eternal City.

The gates at Arco di Giano Via di San Giovanni Decollato, entrance from Piazza Bocca della Veritarhinoceros is thus the new and most ambitious experiment of the Fondazione Alda Fendi -Esperimenti: an innovative module for living and for experiencing art, where it will be possible to occupy the residences of “The Rooms of Rome” or visit the magnificent terraces on the two top floors. Featuring the glorious Caviar Kaspia from France.

To name each of the twenty-four residences the word “thought” has been translated into twenty-four different languages, ranging from English to Farsi and engraved on the door with a haiku-poem by Raffaele Curi, artistic director of the Fondazione Alda Fendi — Esperimenti. As a committed promoter of the value of art, from December 2018 the Fondazione Alda Fendi -Esperimenti will showcase Crouching Boy, the remarkable sculpture by Michelangelo Buonarroti, from the Hermitage collection in Saint Petersburg. With this work the Fondazione will inaugurate an intense cultural collaboration that will include the loan of important works from global exhibitions as well as funding study and research grants.

For the grand opening, the Fondazione Alda Fendi – Esperimenti will show a set of drawings signed by Michelangelo, depicting monuments of Florence and Rome, especially annotated by Jean Nouvel; two works by Raffaele Curi: Rhinoceros AT Saepta at the Arch of Janus and Virtus AND Fortuna projected onto the Palatine, inspired by the famous phrase of Ammianus Marcellinus, the historian from the late-imperial age. Vincent Gallo will play Antony from Shakespeare’s Julius Cesar directed by Raffaele Curi and inspired by oratory of the more technological kind. An unusual portrait by Pierre et Gilles with Alda Fendi as protagonist who, during the night, will present…

The Fondazione Alda Fendi — Esperimenti is offering a new act of patronage for the city of Rome with the regeneration of the Forum Boarium area and the permanent illumination of the Arch of Janus, for which it commissioned an absolute master of lighting design, Vittorio Storaro (Oscars for Apocalypse Now, Reds and The Last Emperor) who, with his daughter Francesca, created the project.
_