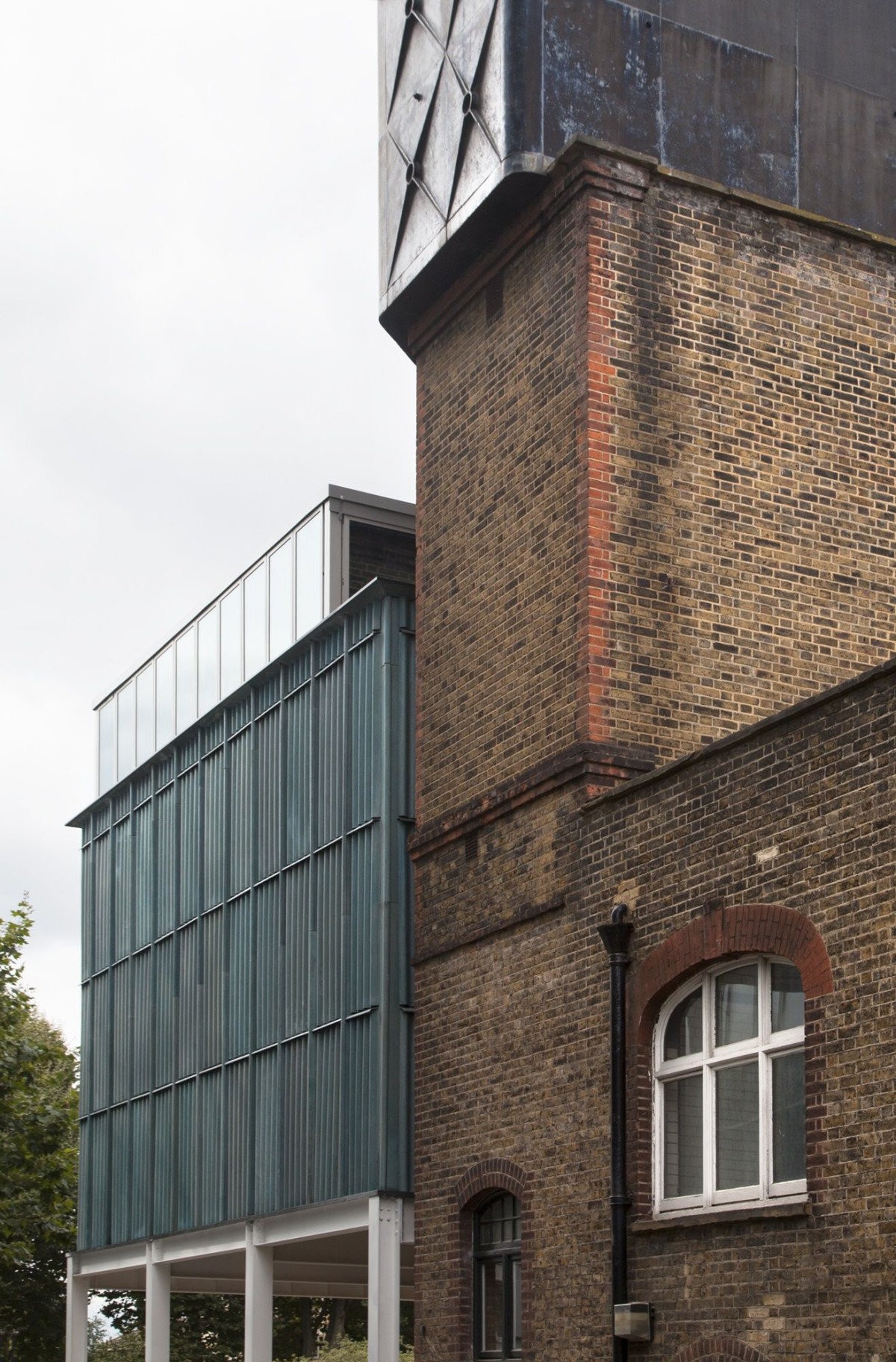 Assemble were commissioned by Goldsmiths, University of London, to create a new public art gallery within the Grade II listed former Victorian bathhouse at Laurie Grove, New Cross. The 1000m2 building accommodates seven new gallery spaces, a café, curators’ studio and event space. As a critical testing ground for exploration and discussion, Goldsmiths Centre for Contemporary Art will be a significant cultural resource for students, artists and the wider public, offering a diverse programme focused on exhibitions, events and education.

Situated adjacent to Deptford Town Hall and the busy high street, The Laurie Grove Baths has had a central role in Lewisham’s cultural history. Built in 1898, the swimming baths, slipper baths and public laundries provided an important amenity for generations of local people until the complex closed in 1991. Today the main Bath halls are used as artists’ studios.

The Gallery comprises the former water tanks and service areas of the Baths. Assemble’s approach seeks to identify this ‘hidden’ aspect of Lewisham’s social history by opening up these traditional ‘back-of-house’ spaces to create a new interface with the public. The raw and robust nature of the Victorian service spaces has a powerful quality. The gallery has been moulded from these found conditions, creating an ensemble of rooms able to host a diverse and challenging artistic programme.

The Bath’s cast iron water tanks have been preserved and made accessible, whilst new top-lit galleries have been created to provide a distinct spatial counterpoint: a new whole, comprised of found spaces, adapted spaces and inserted spaces.

Central to the proposal is a double-height project space, formed by carving a void within the existing floor plate. This will become the theatrical and social heart of the building and, through hosting a range of events from talks to performances and screenings, will offer opportunities to engage the public in the on going conversation of contemporary art practice.

Working through hands-on experimentation and large-scale prototypes, Assemble created a number of bespoke architectural elements for Goldsmiths CCA which combine industrial materials with a handmade approach. The new clerestory and lantern galleries are clad in an undulous turquoise concrete facade echoing the ceramic tiles found within the Victorian baths. Assemble developed this cladding by re-articulating corrugated cement board, more commonly used for the roofs of industrial sheds. This approach is seen throughout the gallery spaces, such as the timber panelling in the cast iron tanks, dyed deep indigo from a ‘home-brew’ iron acetate stain. Handmade concrete and ceramic architectural elements cast in Assemble’s workshop at Sugarhouse Studios add to the tactile quality of the industrial spaces.

Assemble designed a zinc passivated steel chair which is used in the cafe of Goldsmiths CCA, fabricated by Cake Industries. Please subscribe to our mailing list if you would like to be notified when it is put into production.

Assemble were appointed as designers for Goldsmiths CCA following an open architectural competition held by Goldsmiths, University of London in 2014. The project has been realised with the ongoing enthusiastic support of Goldsmiths staff and alumni, and in design collaboration with Alan Baxter Associates and Max Fordham Engineers.
_