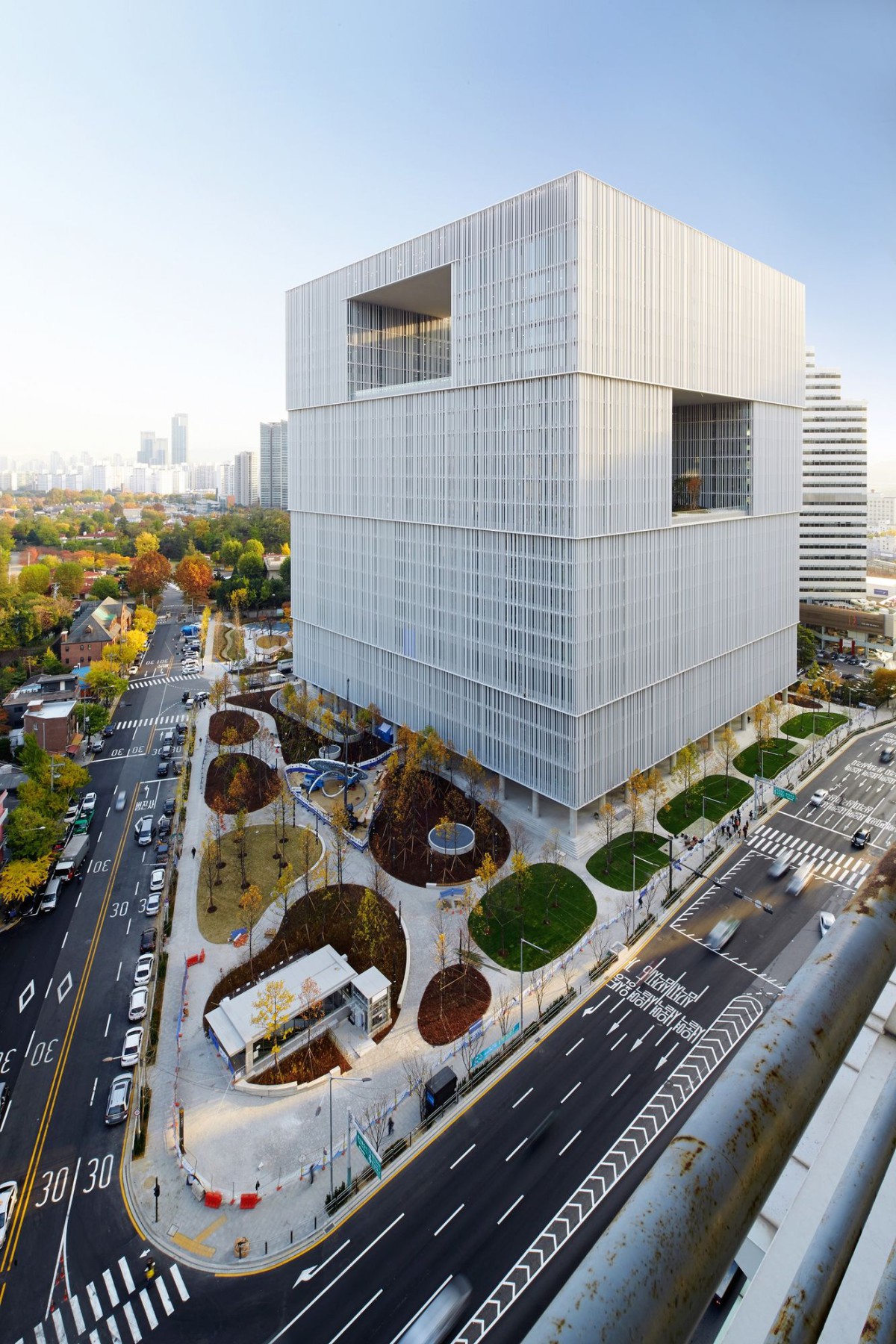 The new headquarters for Amorepacific, Korea’s largest beauty company, is located in the centre of Seoul at a site which has been occupied by the company since 1956. It is situated next to a former US military zone that is being transformed into the spacious public Yongsan Park and a business district, which was part of a masterplan representing the largest high-rise development in Korea that substantially altered the urban fabric of the Yongsan district.

The form of the building is both abstract and gestural. Focusing on a single, clear volume, the proportions of the building have been carefully developed around a central courtyard to maximise the effectiveness of natural ventilation and daylight. Three large urban openings connect this central void with the exterior surroundings, providing views over the city and the mountains in the distance and therefore establishing a sense of orientation and belonging. As ‘hanging gardens’, these openings give scale and allow nature to extend from the adjacent park into all parts of the building.

The design elaborates the social, cultural and professional ambitions of the company by combining the workplace with other communal activities. By elevating the external layer of the façade, the entrance level opens up to the city and draws the public into a generous atrium. The courtyard situated above represents the communal centre of the company workplace, with the elevated gardens providing recreational space for those who use the building. A rich mixture of public amenities such as a museum, auditorium, library, restaurants and childcare facilities ensures that the building is not only an efficient headquarters but also the public face of a vital company embedded in the growing metropolis of Seoul.

The façades with their diaphanous brise-soleil cladding not only facilitate the environmental performance of the building by providing shading and reducing heat load, but also give the building a coherent and strong yet at the same time open and light form. Metaphorically, the new building echoes the aspirations of a modern organisation, mediating between local and global, private and public, collective and individual, formal and informal, and in doing so establishing its dynamic identity.
_