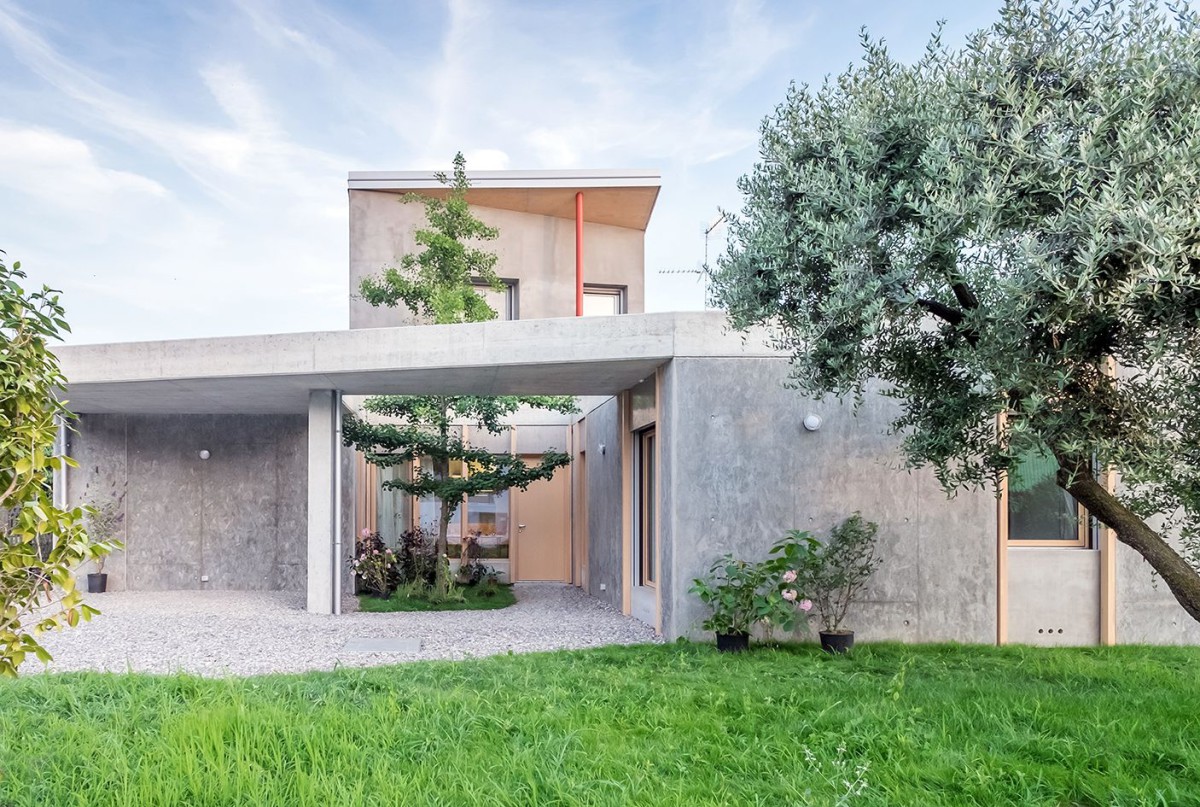 A plot of land, a small orchard. Fertile.
A suburban context, without specificities. Anonymous.
Two young parents and their children. Ambitious.

Before the intervention, the garden looked like an empty ground, fenced by a prefabricated concrete slab fence on the perimeter sides and adjacent to other units. The new project’s shape, therefore, tries to fit into the delimitations of the context, enhancing the garden in which it is inserted.

The existing greenery becomes an integral part of the project, functioning as the background of the new construction.
The volumes of the new building have been conceptually divided into three modules that, «sliding» on the north-south axis generate inner open spaces and outer paved spaces. The three staggered volumes are connected by a covering that «embraces» the entire building and generates covered sidewalks and verandas.

On the north side, at the entrance from the private road, a «void» was foreseen in the roof. It generates an inner garden (the patio) that brings light and air to the central volume. The house is presented mainly as a single-storey villa with a portion on the first floor of about 40 square meters to be used as a non-habitable attic. The north-west façade of the volume of the first floor is deliberately inclined to the west to ensure proper exposure and allow the users to enjoy the sunset standing out on that side of the house.
_