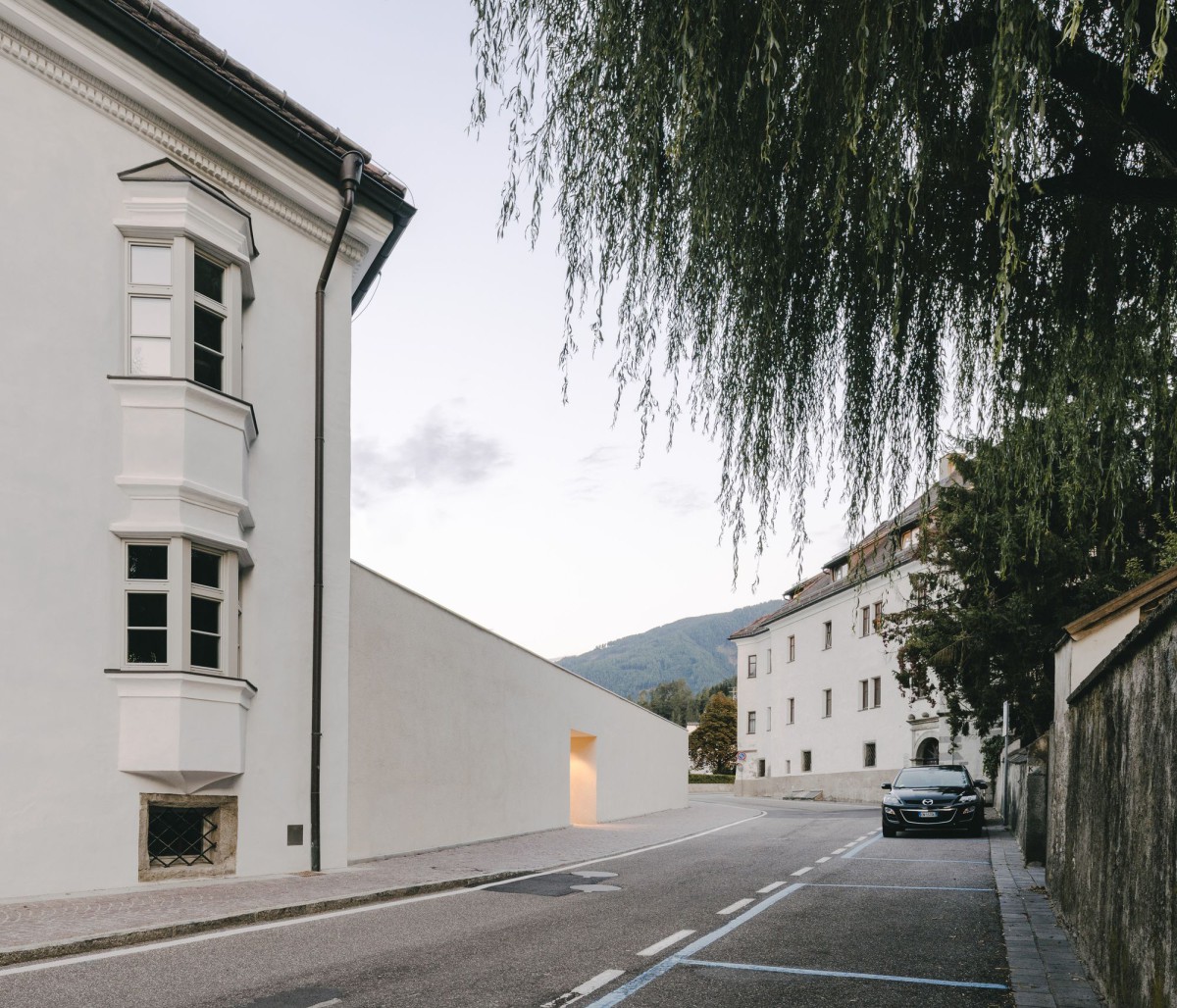 Located in Brunico, Italian South-Tirol, the Project consists of the extension of the music school, located in the historical villa Casa Ragen. The difficulty of the project laid on configuring an extension that allowed preserving the character of Brunico’s historical centre and also highlighting the majestic presence of Casa Ragen.
_

The project simply proposes the construction of a new «inhabited border», which allows the characteristic urban tissue of Brunico –formed by the no- ble villas and sealed off gardens– have continuity; in addition to highlighting the urban presence of Casa Ragen, understanding the extension as a sober building that complements what already exists.

The extension consists of two floors: one is half-buried, and the other shapes the garden. The latter becomes the central space of the project, closely relat- ing the existent building and the extension. It is a wide and peaceful space, which creates through its comfortable atmosphere a space for studying, and an ideal place for concerts, shows or events.

On the exterior, the new school is characterized by a continuous sober wall in which the new front door access is inserted, a delicate connection between the existent that will allow glimpse the interior garden.

The rehabilitation of Casa Ragen is characterized by the new configuration of its interior patio. A new roof characterizes and transforms this space through a system of glass and adjustable slats that act as a light spreader.
_