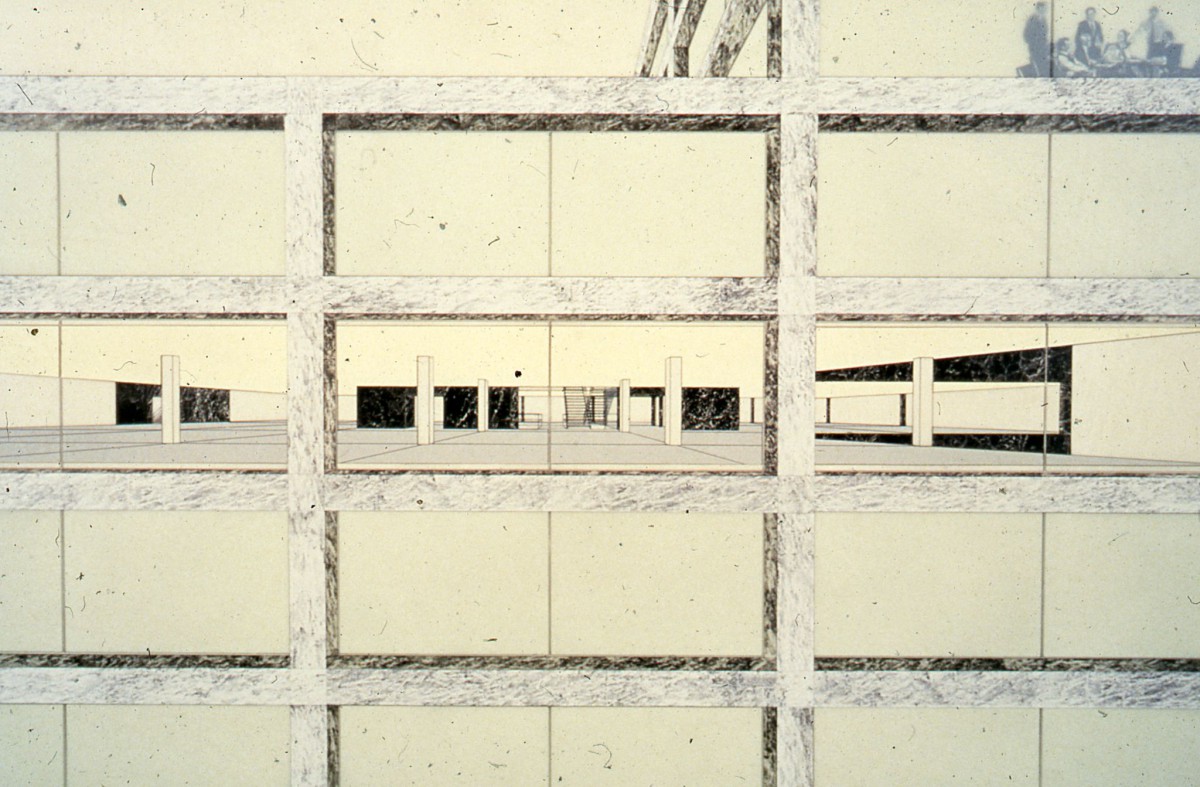 The zoning envelope on the Morgan site and its configuration were conceived at the beginning of the century as part of an ensemble of residential blocks, but the intended symmetry of this complex has been gradually abandoned in the post-war period. Instead of trying to force the bank into this superceded form – the perimeter block, appropriate for housing but not necessarily for the functional needs of an office building – we propose a clear-cut distinction between bank and housing through a cut that divides the block in a separate volume for offices (along Apollolaan) and a section for housing (facing the residential Titiaanstraat).
_

The zone in between – which replaces the courtyard – becomes a garden. Instead of following the 45° angle that the site configuration suggests, we propose a ‘negative’ corner, a cut-out from the office block that defines an entrance plaza at the most prominent corner of the site.
As this corner is also the site of the greatest permitted bulk, its two elevations are extended beyond the height of the main block to form an L-shaped ‘tower’ like an open book that directly addresses the two major axes that determine the site.
In this way it forms the transition between the residential section of Apollolaan and the offices beyond, while contributing to the definition of a larger urban ‘room’ in front of the Hilton hotel.
_