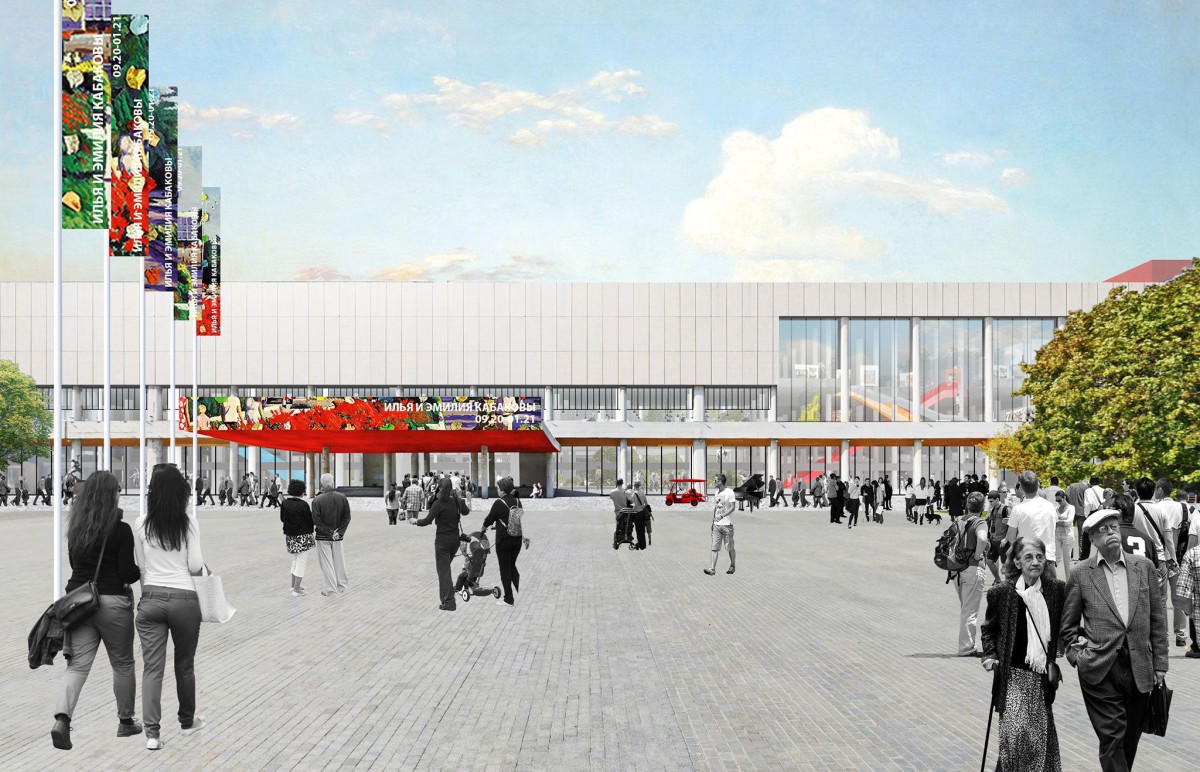 OMA’s renovation plans of the New Tretyakov Gallery on Krymsky Val have been unveiled. Reserve will collaborate on the project as a local partner.
_

The New Tretyakov houses an extensive and important collection of Russian art, including seminal work from Malevich, Kandinsky, Chagall, and Soviet artists such as Aleksandr Deyneka and Vera Mukhina. The original design by N.P. Sukoyan and Y.N. Sheverdyaev was approved in 1964 and completed in 1983, and consists of multiple exhibition halls; the combined program adds up to a total floor area of 61.091m². It is the largest museum building in Russia, marked by a number of improvisations and additions that have been added over time, fragmenting the vast hallways and grand exhibition spaces into clusters of smaller rooms.

OMA’s design identifies four sectors, clarifying the orientation and creating a basis for architectural differentiation. Each of these sectors – Art Storage, an Education Center, the Collection, and a Festival Hall – has a distinctive identity and role, and is linked by a new pedestrian route along the embankment side of the Moscow River. Carefully placed cutouts in the façade open up the interior spaces to the city.

After OMA/AMO’s research for the State Hermitage Museum in St. Petersburg and the Garage Museum of Contemporary Art in Moscow, this is the third cultural project by OMA in Russia.