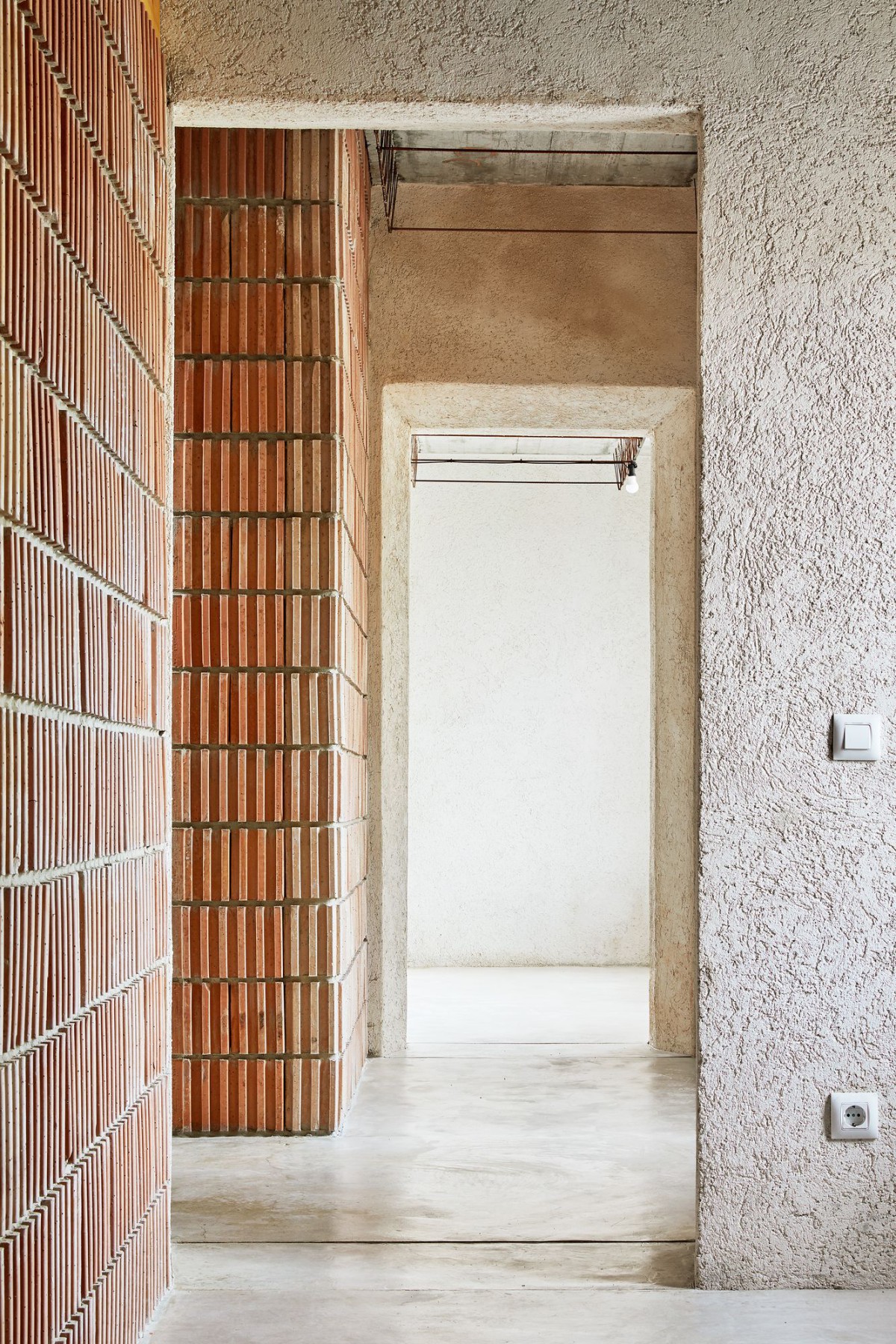 The project goal was the rehabilitation of the engineer’s house for the “Felanitx Oenological Station” (1910-1940), in order to accommodate the headquarters of the appellation of origin “Pla i LLevant”. The proposal is defined by three actions: to use the pre-existence in a way they become the main elements of the project, to use local reference materials technicians and craftsmen and to contextualize the building with a reference to the world of wine.
_

1-The starting point of the project consisted in conserving every constructive element that was in a good condition, such as the masonry walls, the stairs, both the interior and exterior handrails and an ancient concrete basin, as well as the hydraulic tiles and the windows. Once the constructive pre-existences have been defined, they become the ones that define and configure the interior space, providing them with the prominence their presence imposes, neither altering nor adding elements that undermine them.

2-The used materials accompany the pre-existences in order to reinforce their presence in the project. For instance, the concrete slab for the first floor and the wooden roof are supported by the masonry walls. The lime mortar made in the same town (Felanitx) covers in its whole the vertical faces, even the interior doors and windows’ thresholds. The ceramic thermal blocks and the bottle racks (used by wineries) construct the new vertical elements, such as the bathroom and the elevator boxes, as well as a bottle rack piece of furniture attached to a window. The roof is vented and made of a breathable sheet and a 10cm cork insulation. These features allow the building to have a good performance, in order to respond the demands of the extreme climate conditions in summer and winter. The proposal recycles materials, like the pre-existing windows, which are modified in order to satisfy the current comfort demands.

3-The building restoration aims to recover its original intended use, this time to accommodate the headquarters of the appellation of origin “Pla i LLevant”. Originally the backyard was used as a vineyard to study the attributes of the different varieties. Currently the patio’s used as a parking lot for the health center that occupies the rest of the building. The intervention aims to show the recovery of the oenological use of the building and its surroundings. This way the area of the project grows as it proposes to place a small vineyard around the building, which will allow the sight from the inside of a wine making landscape. The entry of the building is placed under a metallic pergola made of the same materials as the structures that hold the vineyards. The metallic structure enters inside the building, where lights hang from it. To achieve this effect the concrete beams are placed upside down, leaving visible the metallic lattice in a way that allows the lights to hang in the interior and the vine in the exterior. Suddenly the vineyard floor is under the building’s roof.