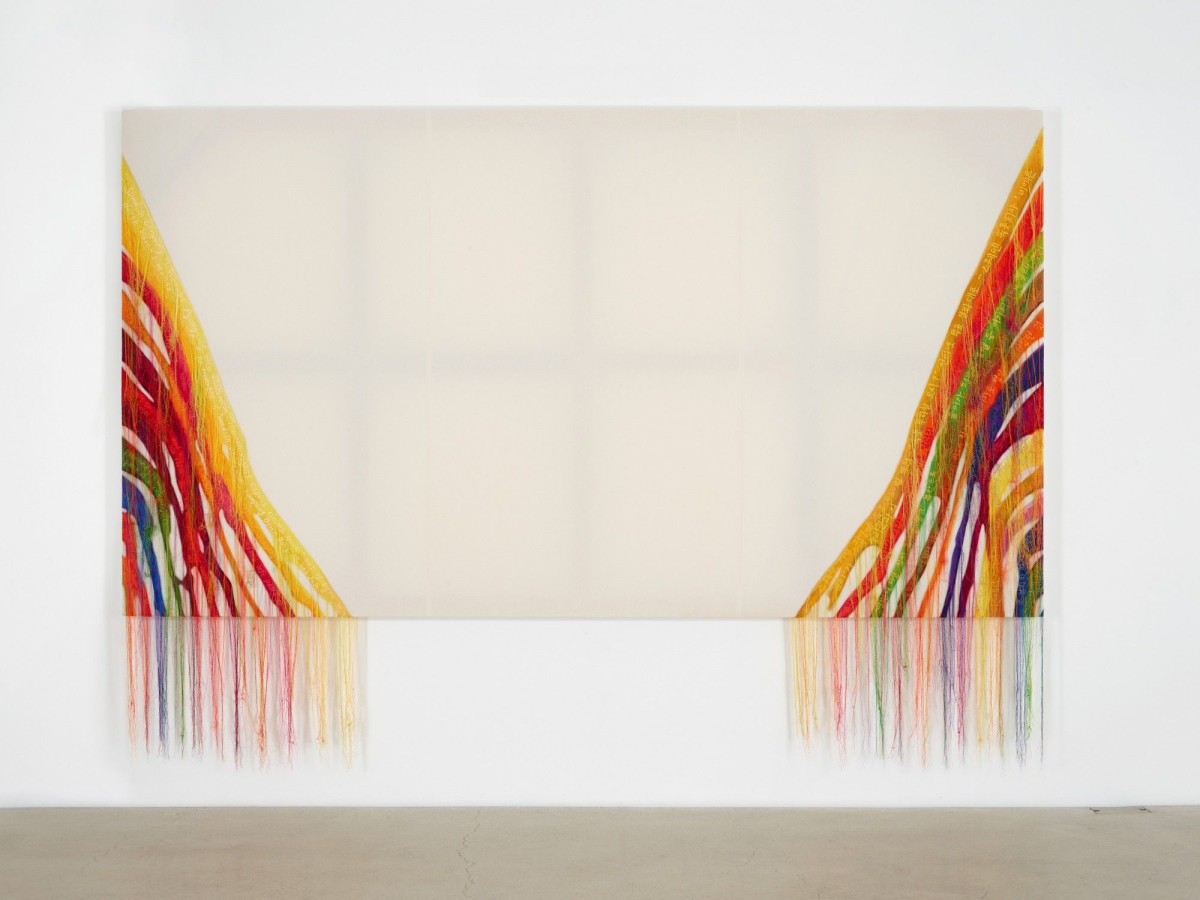 Ham’s Embroidery Project began in 2008 and has unfolded into several different series.Through a complicated, lengthy and dangerous process, Ham uses an intermediary to smuggle the blueprints of works she wants embroidered into North Korea through middle countries where they eventually, but not always, make their way into the hands of the artisans. The process is often fraught with obstacles: the work becomes an abstract embodiment of the tension and conflict between the two sides of the divided Korean peninsula, making a forbidden meeting temporarily possible.
carlier | gebauer
_