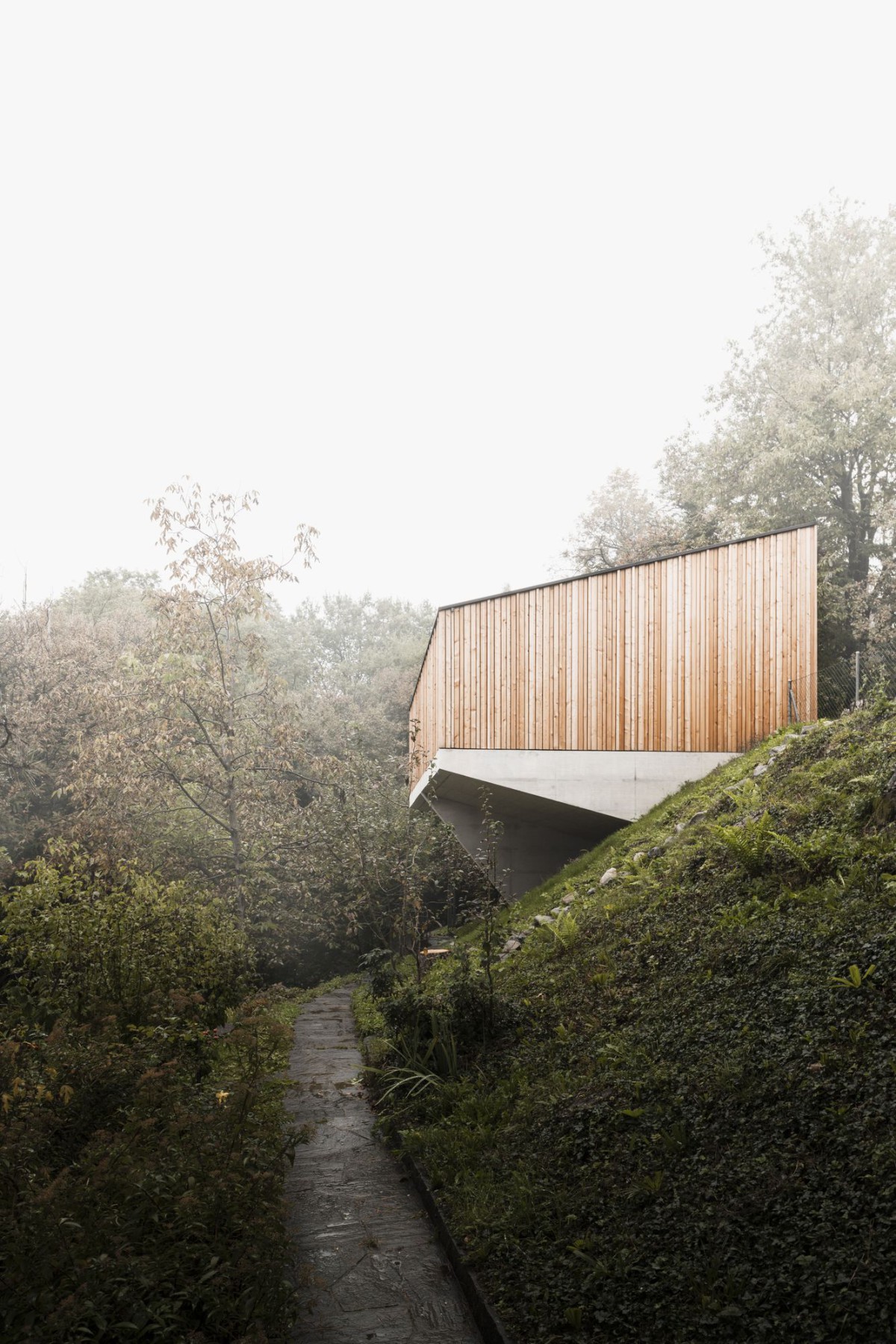 “… a concrete body projecting into the void supports a lightweight wooden structure, almost as if it wants to stretch out to touch the sun…”
The sun, the fulcrum of this tiny and compelling project, was the starting point for the creation of a fully autarchic solar carport, designed to accommodate EVs, as a shell for the pioneering Sun2wheel system, developed by swiss company Protoscar.
_

The context, characterized by a steep slope, required a bold architectural gesture that was able to withstand firmly the upper body. Given this starting point, the clear will to build a concrete base, is being supported by a single central concrete blade that defines a tense line, relating to the natural terrain.

The facade of the of the upper body is cladded with wooden laths that create, once lit by the sun, a sort of vibration, capable of consistently integrating the project into the surrounding forest.

The roof is covered with photovoltaic modules which produce yearly more than 7000 Kwh of electricity, enough for 35’000km driving per year with EVs.
The carport is equipped with an advanced energy storage system capable to charge EVs as well as powering the house when needed.