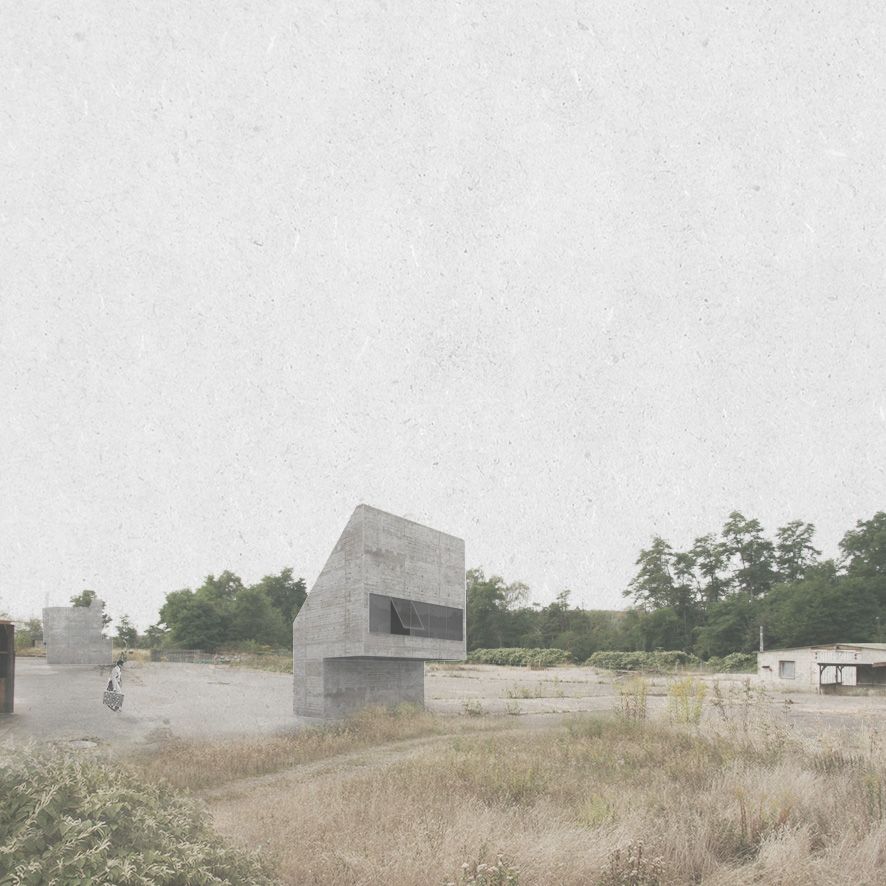 The project ‘anti|museum’ focuses on an abandoned former coal mining site in a rural area in south-western Germany. The place itself is now the exact opposite of what it once has been; it now has an unique, romantic but also mystical atmosphere, mainly resolving of the contrast between decay, destruction and the beauty of returning nature, whereas it was dark, dirty, loud and dangerous when still in use.
_

The first idea was to build a mining museum there, but while working with the area and its process I figured, that preserving todays situation or reducing it to only one aspect – in that case the coal mine – would be wrong, because its history was much more diverse; there had been so many subsequent uses, that also had a great impact on the current situation and beauty of the area, that could and should not be neglected.

So the new approach is to do the exact opposite of a museumization, which means not to preserve nature, not to reconstruct or renovate the beautiful old structures and most important: not to reduce the area to one status quo, but to accept decay as something inevitable and beautiful and work with the process the area went – and will go – through. The goal is to develop a new, consistent and radical way to deal with the remains, as well as to find a way to evolve a new use and architecture, that is developed not only for, but with the place, by not only continuing the process, but visualizing it by working with the aspect of change and time.

Therefore six figures will be built right on the edge between nature and the the small part of the area, that is still in use today. Those figures consist of an empty room, the ‘contextual space’, that forms out of external, contextual relations and aspects and documents the ongoing decay of the existing buildings and the progress of the returning nature. The ‘contextual space’ can be used to work in, to be focused on a project or problem or whatever the visitor needs to focus on, or just to get new inspiration and ideas by looking over the area or walking around the place. To guaranty a minimum of comfort and to allow the visitor to stay for more than just a day, there is a basis added, that is pure function and stands in no relation to the outside. This ‘functional space’ is also used to generate the hight the contextual space needs to overlook the certain situation the figure is reacting to. As nature proceeds to return and the existing buildings will decay further and be overgrown, the location as well as the shape of the figures will become more and more illegible – just as the position and shape of the existing ruins already are to us today.

Since maybe in a few years, no one will need a room like the ‘contextual space’ any more, the figures themselves will become ruins. That’s why they are seen as ephemeral right from the beginning, so even the construction is kept to a minimum – there is no insulation, just 30 centimeters of bare rough concrete. A fireplace shall keep the visitor warm, a little hob is added to that to allow the visitor to cook, but there is only a toilet and a sink, no shower. But since the project is about the beauty and complexity of the place, the area itself is the reason why people should go there, not the figures – its not a wellness trip, its about experiencing an unique and inspiring place to its fullest, with a little help of a figure that provides the minimum absolutely necessary.