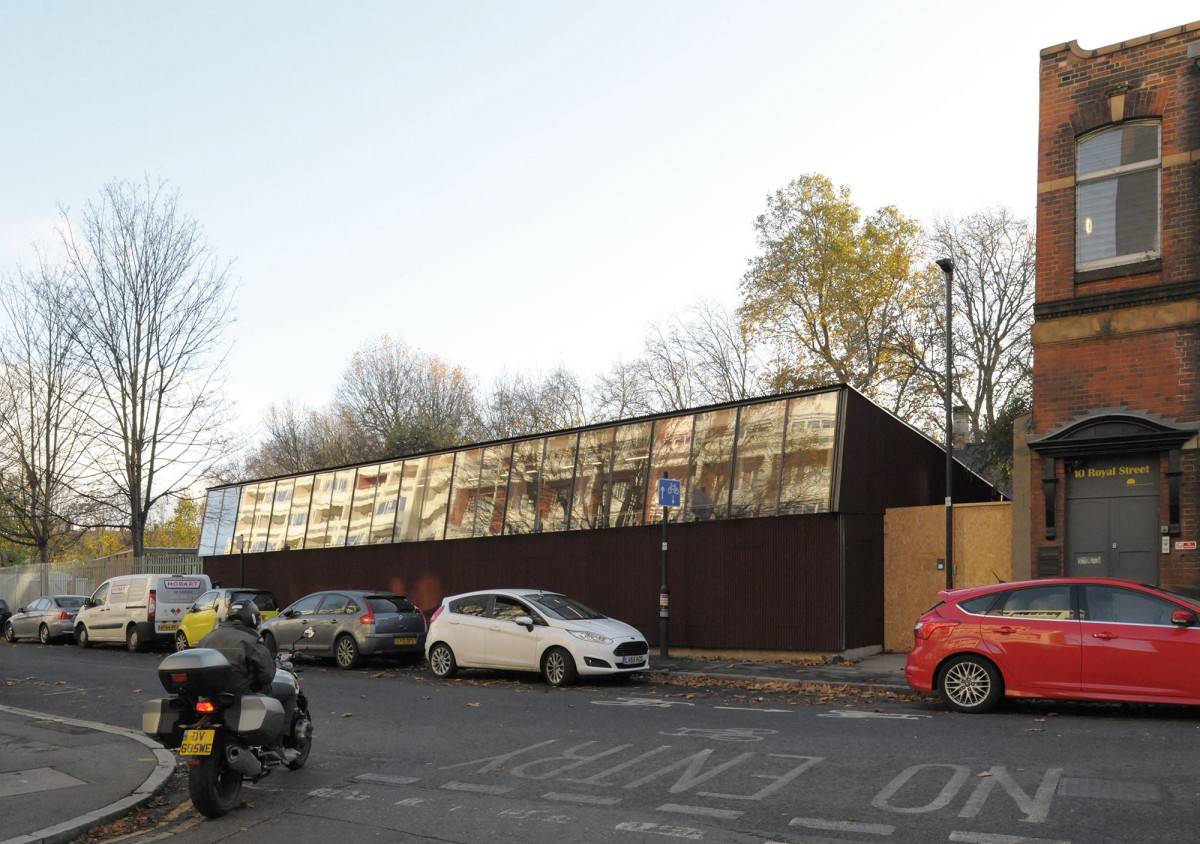 Completed in September 2016, Feilden Fowles’ Studio is located on Waterloo City Farm, London’s most central urban farm. This educational facility was established in 2014 on a formerly overgrown and neglected plot of land to the south of Westminster Bridge, owned by Guy’s and St Thomas’ Hospital. Since this time the site has been transformed into a collective home for a trio of organisations with a shared focus on education: architects Feilden Fowles and the charities Jamie’s Farm and Oasis Waterloo.
_

Feilden Fowles has master-planned the site, from the design of animal pens, sheltered outdoor classroom and barn, to its new studio, the site for which has been offered in exchange for design services.
The positioning of the studio against the northern boundary defines a generous, south-facing courtyard garden, designed by Dan Pearson Studio, with planting supplied by the Garden Bridge Trust. The studio is designed as a demountable structure; a solid douglas fir timber frame clad with corrugated Onduline sheets. The materiality and approach are redolent of agricultural building forms, reinterpreted for its actual purpose to house Feilden Fowles’ growing team to the north boundary with Royal Street the timber frame projects at high level to articulate large north facing lights which run the full length of the space, referencing traditional artist studios and providing generous diffuse light and cross ventilation. The long south elevation is articulated by steel T columns and full height glazing shaded by the overhanging roof and providing uninterrupted views over the courtyard.
The 1830mm column grid (equivalent to ¾ of a standard ply sheet) and the 2440mm datum running around the studio’s ply-lined interior, demonstrate how proportions have been carefully calibrated to minimise cuts and waste.
The entire studio has been designed to embody the values of the practice; a demonstration of a rational, highly articulated, low-cost structure that provides a model typology for contemporary work and education spaces.