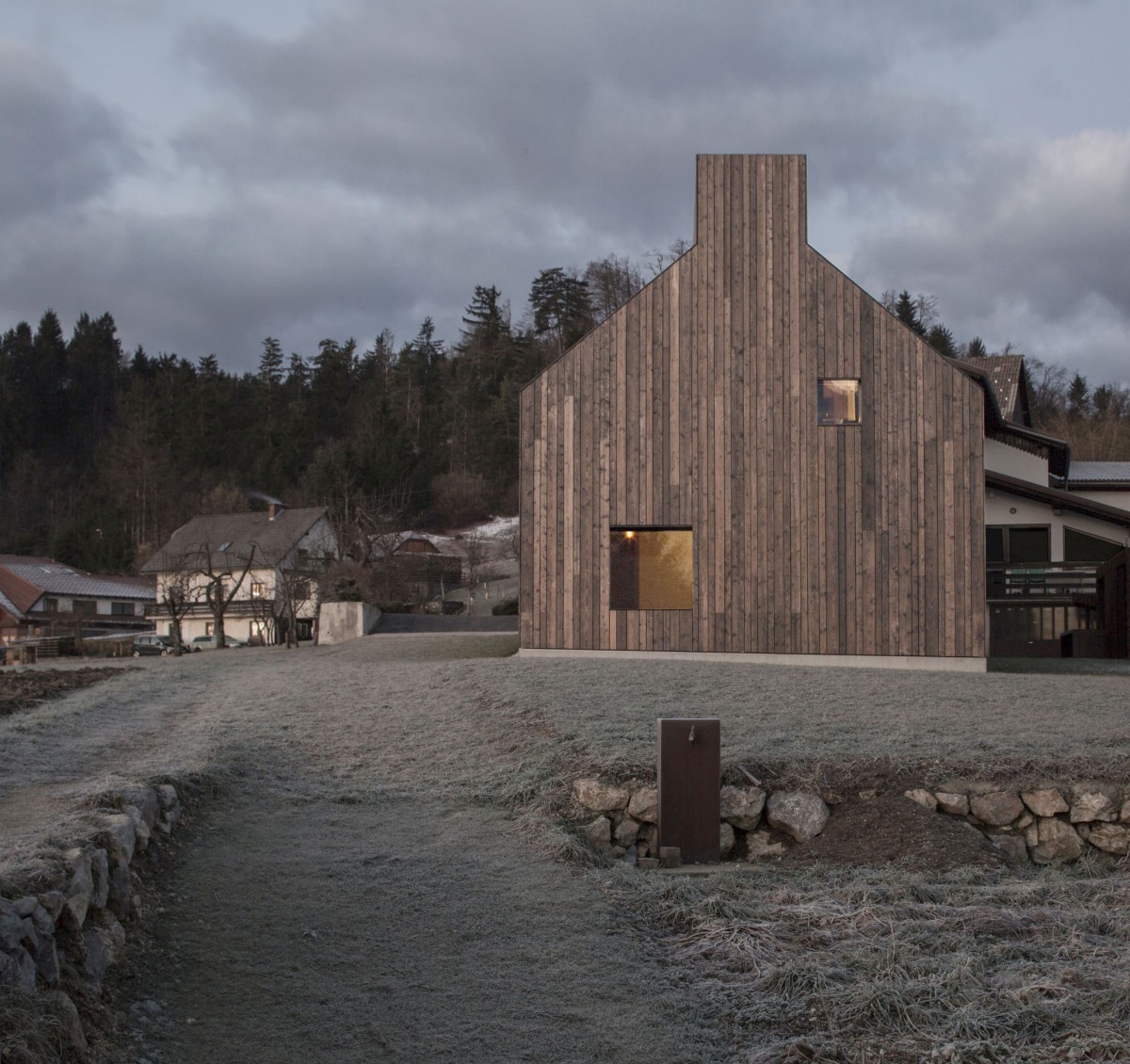 The design of the house is primarily based on the rules of local architecture. It respects the morphology of the traditional built context, referring to the prevailing gabled roof type of the house and respecting its volumetric and material parameters. On the other hand the Chimney house marks typological transformation generated by the users’ specificity.
_

Chimney as an element of typological transformation.

The kitchen, with a multifunctional wood stove, plays the vital role in the private and social life of a couple living in the countryside. Stove’s centrally positioned chimney determines the concept of the house informing the centrally aligned layout of spaces within the specific cross-section of the house. The ridge of the roof is pushed apart creating a continuous skylight running throughout the house’s linear volume and providing top light for all the crucial spaces.

Positioned on the borderline of the village it clearly relates to the adjacent wooden barn with the dark wooden materiality, but with the new distinctive volumetric identity moves deliberately away from its vernacular neighbour and curiously associates with the nearby 16th century church creating a dialogue between the two.

Oiled larch boards completely define the materiality of the outside relating to the traditional finish of the vernacular barn. Deliberate secondary wooden roof cladding provides the continuity of the dark wooden materiality of the facade cladding. The building’s envelope is developed as a thick wall integrating multiple storage spaces, secondary kitchen, and small ‘inhabitable’ window niches that carefully curate incoming light and expanding views to the surroundings. Interactive capabilities allow for an array of activities. Material definition of the interior responds to haptic abilities of inhabitants: oiled oak is used for all the surfaces that can be reached and touched by the human body, whereas the structure of the roof is in reinforced concrete showing the imprint of the wooden formwork that provides for the continuity of the texture of interior envelope.

Rising the gaze, starting from the material inner envelope and moving towards the zenith, one can discover and observe ever changing condition of the sky that becomes part of everyday life in the house.
_