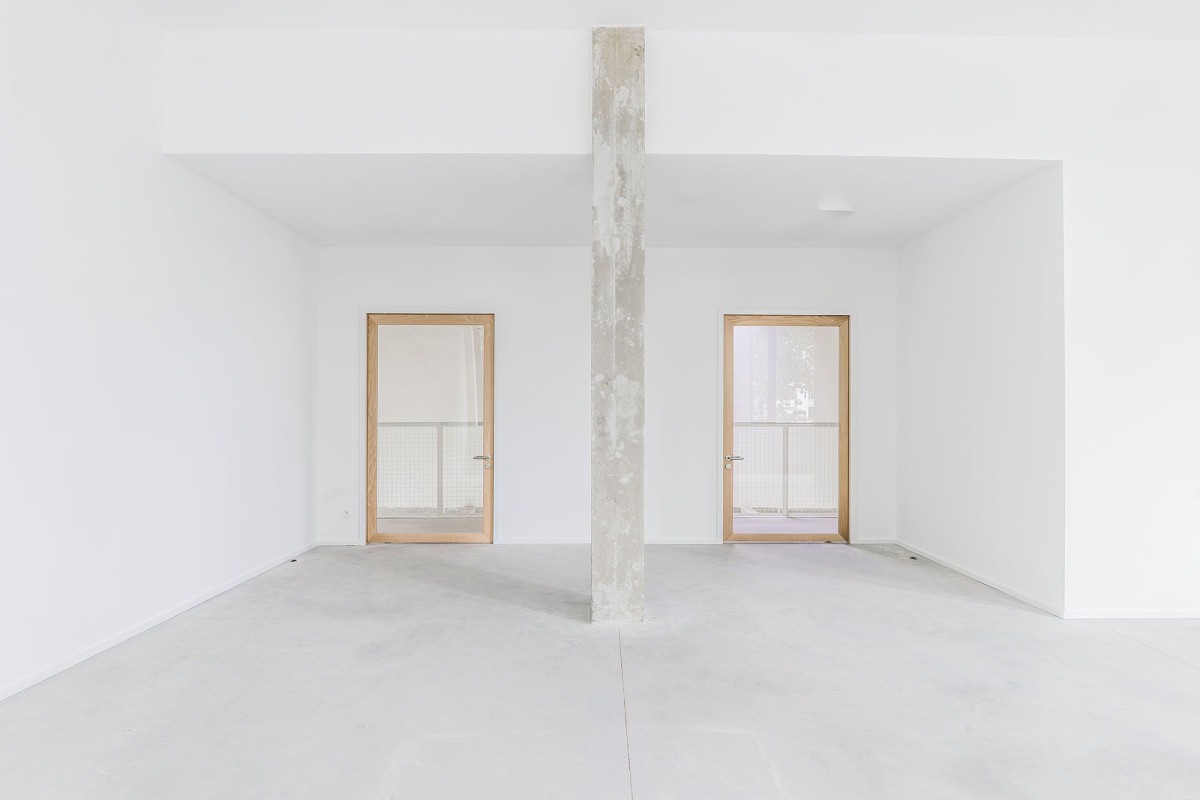 The building is located in Molenbeek-Saint-Jean, a multicultural and dense municipality situated in the north part of Brussels, Belgium.
_

The assignment for the competition was to transform an industrial site into a local city-hall branch including a waiting room, 12 counters and administration offices. The existing building used to be part of a complex for the production of cigarettes, which has been largely demolished in the past decades. Nowadays only two volumes remain along the rue Charles Malis.
Each volume has a specific concrete structure and spatial identity. However, they are linked together as a whole by the decorative front façade made out of ornamental bricks and blue stone.
The proposal takes advantage of the existing situation by inserting the program in a fluid and logical disposal into the structure, without degrading it. The shed shaped volume becomes logically the new public entrance, making its public function evident from the street, while the horizontal volume accommodates the counters and the offices on two levels.
To enhance the accessible nature of this public service, the waiting room is designed as the extension of the street; an in-between space which can be experienced as a part of the city. The counters are organized in a repetitive way, aligned with the concrete beams. They offer room and storage for an effective treatment of the citizen requests.
The offices, situated on the upper level, are linked with the counters by a large circulation area, designed for informal meeting with visual connections in order to create an efficient but yet convivial way of working
Although the existing structure remained untouched, the façades and techniques of the building are greatly improved to achieve high energetic performance and great wellbeing for visitors and employees.
_