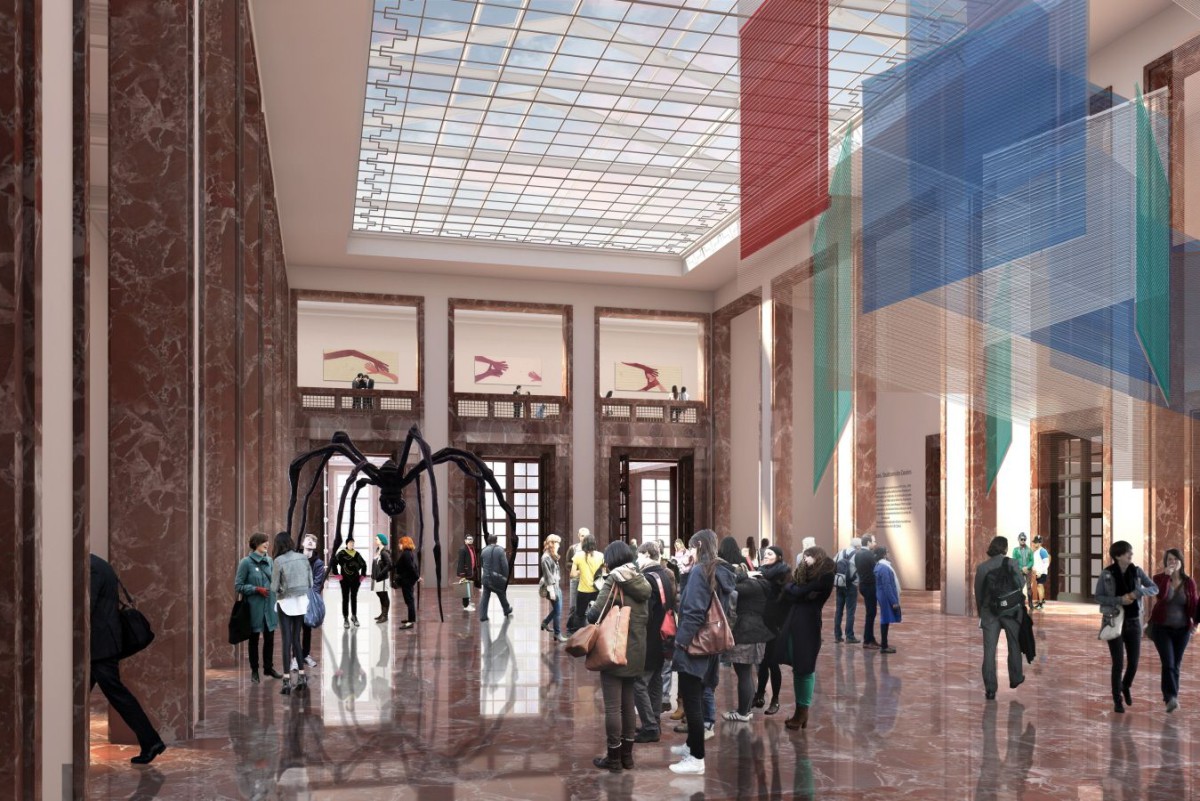 Released some images of the upcoming renovation of the Haus der Kunst in Munich.

The architectural approach is being driven by a discussion of the institution’s current and future uses, with three prevalent aspects being: the building’s relationship to the surrounding urban space and the adjacent Englischer Garten; the museum’s programme; and the architecture of the existing building.

David Chipperfield Architects Berlin was appointed as architect for the refurbishment as a result of an international competitive bidding procedure in 2013. Work is estimated to start in 2017.
_