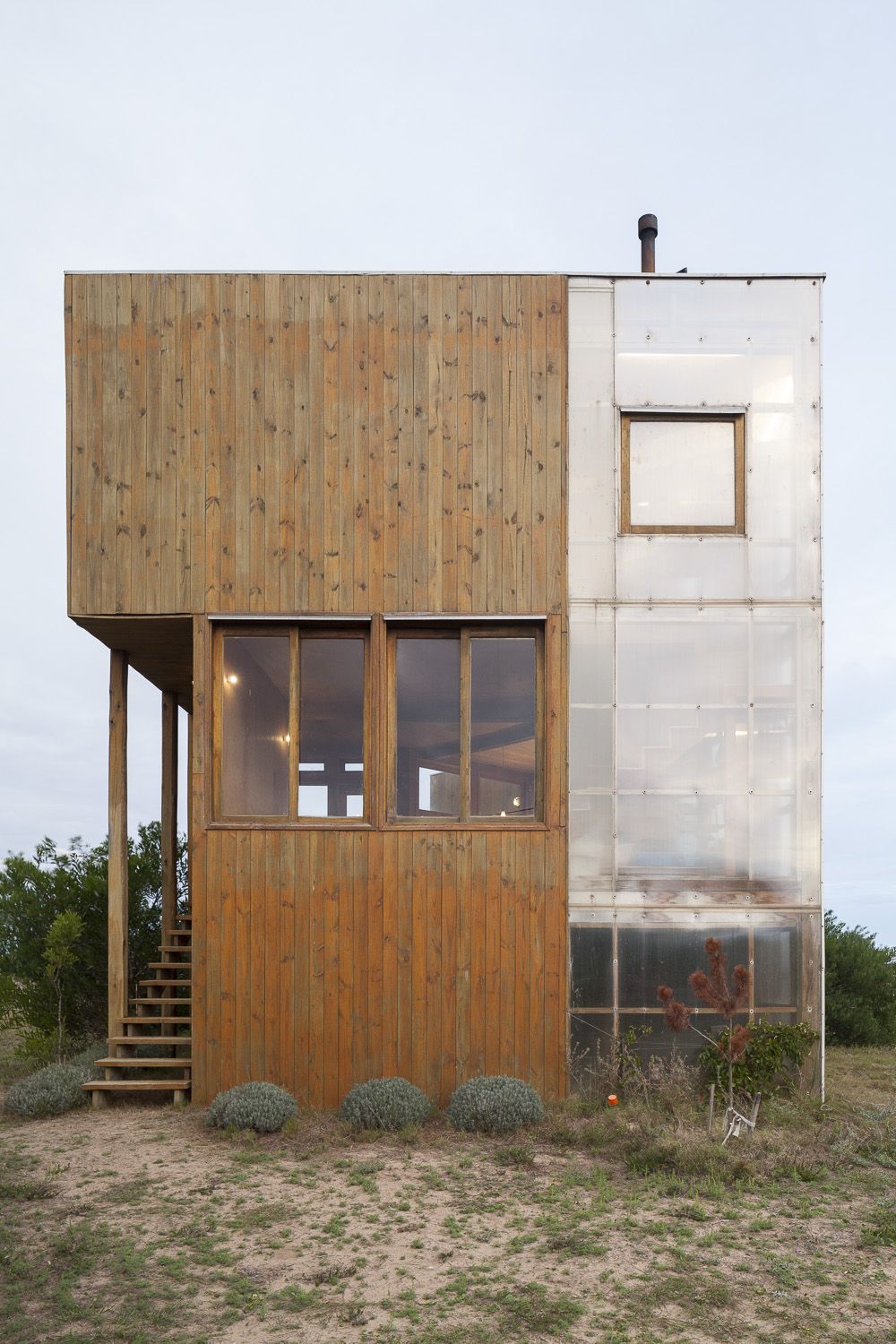 For an architect working on their very first built project, the temptation to condense several years’ worth of education into a single building is a strong one. Usually, however, such lofty desires are tempered by the realities of the budgetary, geographical and material constraints. Such was the case with Argentinean architect Rosario Talevi’s first project, a house known as Casa Abieta. There was though, an additional parameter here that isn’t something encountered but most architects during their “maiden voyage”: the client was her own mother. What is most striking about the project is the manner in which the parameters in question have not only have shaped but also enhanced ­the final building. The result of conditions leading to convictions, the creativity that comes from such constrictions is playfully evidence by Talevi’s house.
_

A project that has been on-going since 2011, Casa Abierta is located not far from La Pedrera, a seaside village in Rocha on the south east coast of Uruguay. Its location is notable in the first instance for its rugged beauty; but this wildness extends beyond the geography, characterising the historical context as well as the budget and nature of the materials and resources available for the project. The house is in the middle of land that was once envisioned as a joint entity of La Pedrera and Punta Rubia, which would form an urban beach resort. The plan, which dates from the 1930s, never materialised but the urban regulations according to which it was conceived do endure. The 34m long x 8.8m wide plot, some 2 kilometres from the nearest neighbour, adheres to these unfinished, “invisible” streets. This density-that-never-was also means that basic infrastructure concerns, such as connection to water and electricity grids – even a path leading to the plot – were absent.

The effects of these parameters are manifest in the structure not as compromises but as decisive gestures. The house is conceived as the assembly of two bodies: one that responds to the restrictions of the land and stretches along the lot’s entire 34m length. It occupies the maximum width allowed (6.8m) and is anchored on its highest point. The second body, diagonally orientated to the south, interrupts the house’s orthogonal system, in the process providing shelter against the ferocious south-easterly wind that has shaped the surrounding landscape. Resting on a wooden structure elevated 2m above the ground and standing at a maximum height of 7.5 m, Casa Abierta has access to ample views over the surrounding landscape and will continue to do so even if in the future, even if new constructions appear.

Beyond the layout of the house, the technology which addresses the infrastructural limitations is again, steeped in the language of confidence rather than compromise. With its wooden framed built from FSC-certified Pinus elliotii and Eucalyptus from Brazil (both locally available, keeping costs down) the structure is naturally eco-friendly – but to call it such is a little flattening. “Eco-adapting” or “eco-respecting” might be a more appropriate description. Water from a natural well (filtered through a three step system) is heated using solar energy and during the winter, the central chimney warms the entire house, negating the need for any additional heating system. Natural light floods in thanks to the architect’s decision to surround the staircase with enclosing walls build from translucent polycarbonate. The house’s first level sits two meters above the ground, with the living space forming one large room arranged around that chimney. The second level comprises two bedrooms plus a deck, with rooftop terrace on the level above.

Reflecting upon the timing of the project, Talevi remarks, “While designing Casa Abierta, I officially became an Architect. Being both my opera prima and a family project, building the house became an extremely personal experience. It also defied everything I had learnt during my years as a student. It was a process of trial and error that examined knowledge, beliefs and references. While questioning ideas about space, its definition and its use throughout time, I was also exploring a shared design process and the intimacy of family life.” The definition of space that characterises Case Abieta has already found meaning for the architect, their client and observers alike: a house, a home, enduring proof of constraint as a catalyst for creativity.