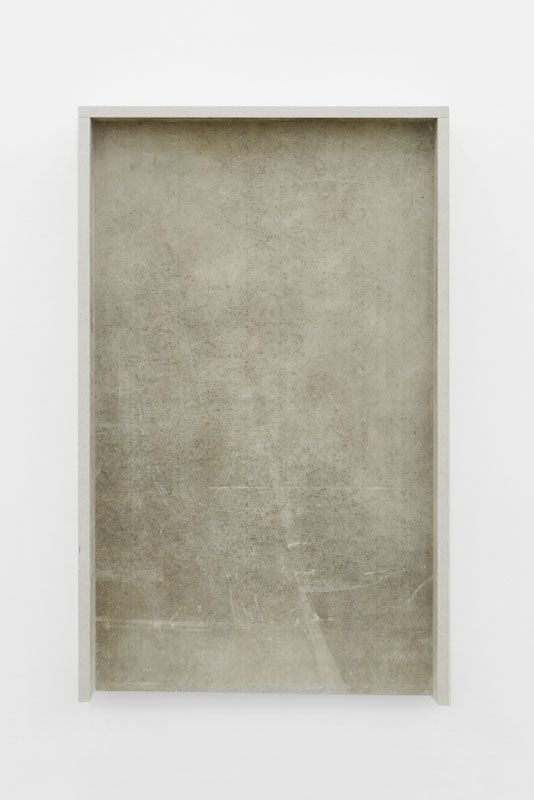 Anita Leisz does not use plain chipboard, but selects a more particular type of material, namely melamine-faced chipboard. She does not deploy these massproduced construction materials just as she bought them, instead treating them carefully – one might almost say with an obsessive precision – which is in contrast to the approach adopted by Frank Stella, who applied paint to the canvas straight out of the tube. Even the minute differences arising from the material’s serial production are taken into account. A further distinction is how the boards are connected – either with a miter joint or lap joint, glued or screwed together. The traces left on the surfaces after they have been worked are left as is, or removed until the gray-white surface has assumed its intended appearance.
Anette Freudenberger
_