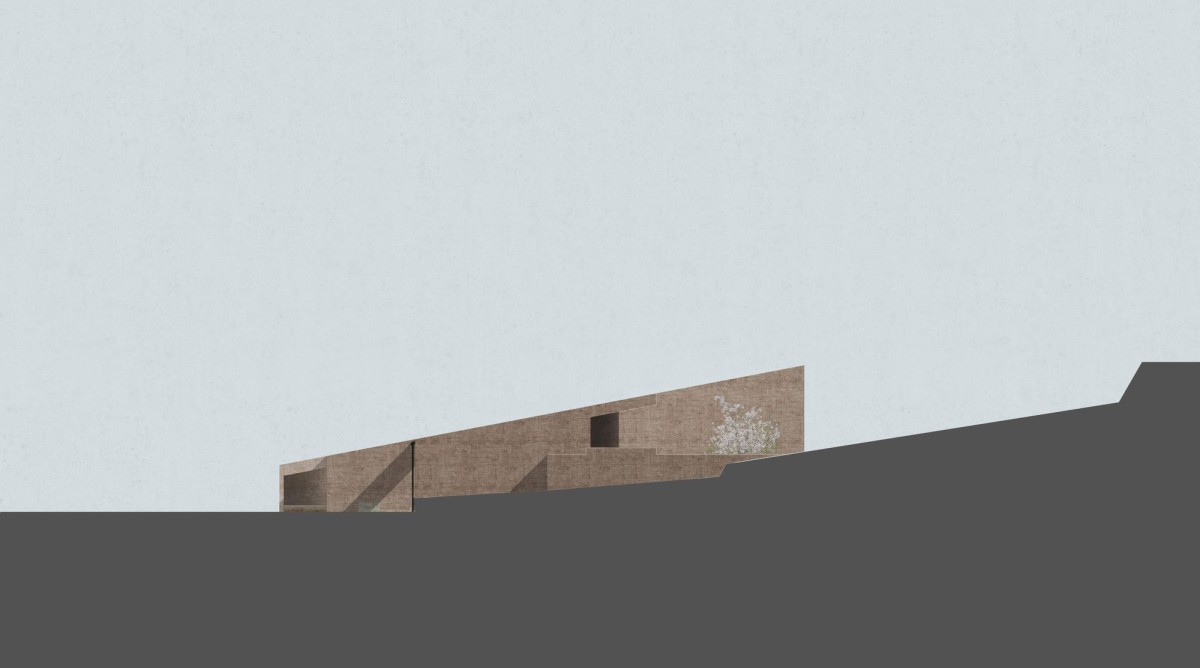 Forty kilometres north of Osaka, the Inagawa Reien cemetery is situated on a steep mountainside of the Hokusetsu chain in the Hyogo prefecture. David Chipperfield Architects London have been commissioned to design a chapel for The Boenfukyukai Foundation. The project sits at the bottom of a monumental flight of steps which lead to a small shrine at the top of the cemetery. The chapel and a visitor centre sit on either side of the steps around a new sheltered public area, serving as a threshold between the outer world and a quieter space for commemoration. The prismatic composition of rough sand-blasted red concrete volumes forms an intimate complex that is in tune with the dominant slope of the site.
Demolition of the pre-existing structures on site has been completed and work on the new buildings has now started. The project is due to open in the Spring next year.
_