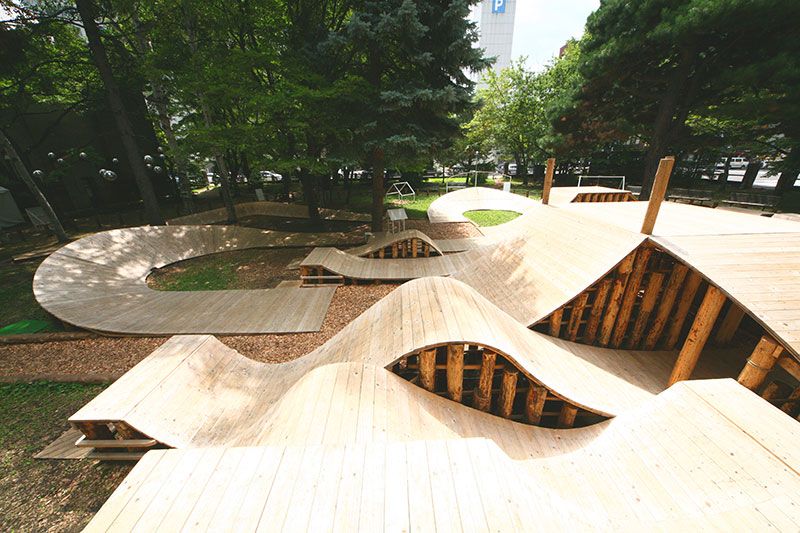 It was a project that happened by chance. Originally, YCAM InterLab had the original concept all planned out, so at the beginning for me it was a pretty tough job. While simply coming up with ideas for the project, I thought that an orthodox playground was out of the question. When children play in nature, with the sheer power of their imagination, they discover novel ways to play with things they take from the environment, like in a forest for example. A playground is a more systematised way of telling children how and where to play, while I was thinking of something along the lines of letting children discover how they want to play. In other words, starting from the point of view of a child exploring their environment, I wanted to build a space that would undergo numerous changes the more you played in it. Less of an amusement park, more like a simulation of a forest.