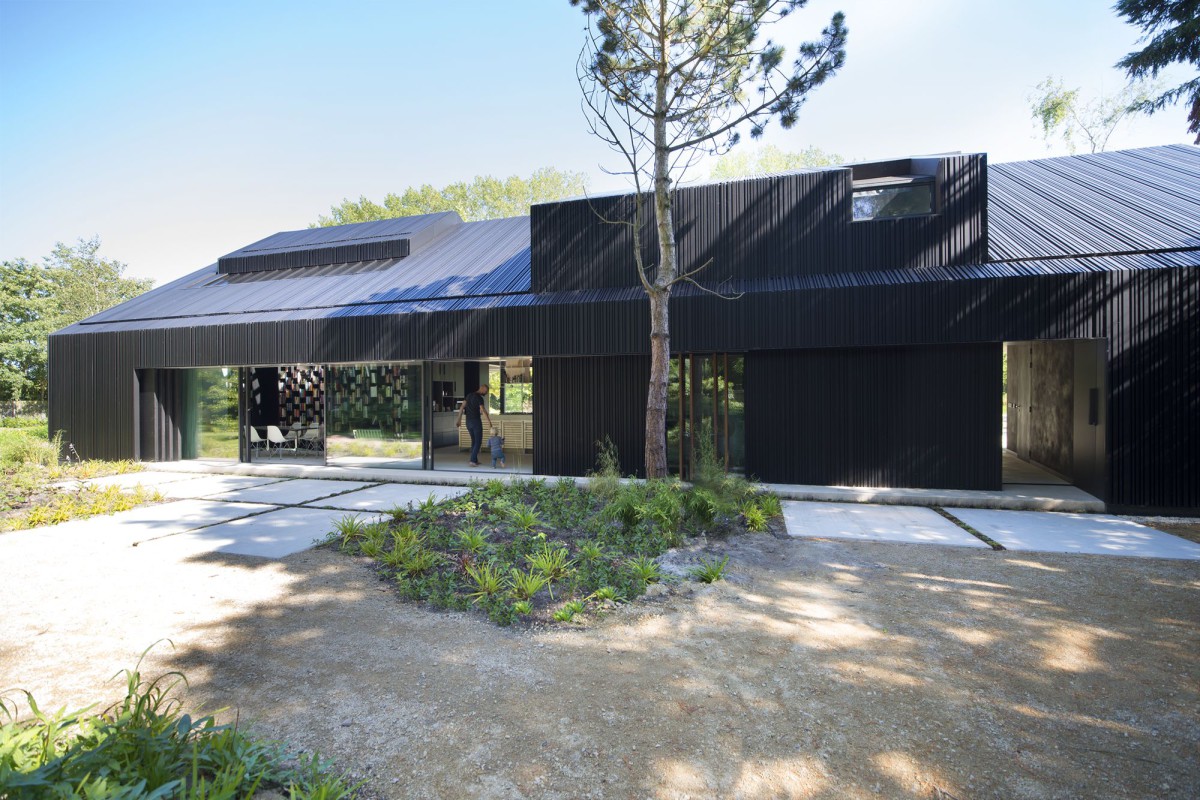 At the leap of one of the most beautiful dune areas in our country you can find the small town called Schoorl. It has an almost surreal surrounding of peace, meadow, nature and a gorgeous view. This altogether being a piece of typical authentic Dutch landscape, of which only a few are left. At the end of one of the prettiest avenues with trees, you will find the location for a new, modernized living farm for a family to live.

The required program of the client is translated to a clear programmatical grid, which is also used as a starting-point to arrange the spatial concept. The grid is modified compared to the former grid and spatially translated into several opened and functional objects based on the outline of the typical Dutch home.

Depending on the different functions the objects are designed in a more open or closed manner and also the outline of the house adapts to the specific functions within the dwelling.

The several objects make sure there is a certain scale on the outside of the home which leads to the whole mass of the house suiting better to the remaining living volumes of the surroundings. The objects of the house play a game with the surface of the main mass of the house. This results into an impressive game of volume and structure, which comes out of the back into the main volume in a special manner.