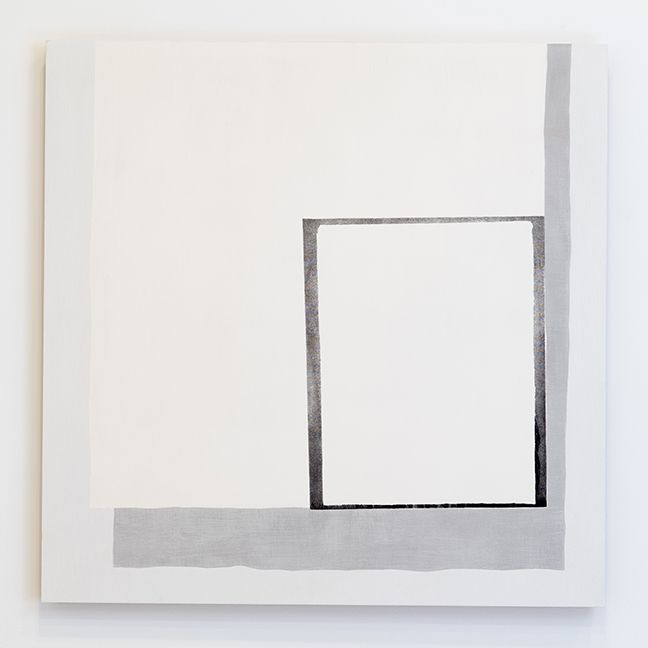 Some of these paintings are based on a discovery R. H. Quaytman made a few weeks following the Tel Aviv opening. This discovery concerns Paul Klee’s Angelus Novus (1920), which the artist had the rare opportunity to view in person two years ago in the offices of the Israel Museum, Jerusalem. Quaytman saw something that previously had gone unnoticed—that Klee had purposefully glued the Angelus Novus monoprint directly onto an old engraving. The engraving, clearly visible around all four sides, hinted at a portrait of a single figure in a black robe made by someone with the initials LC in the 1520’s. This struck Quaytman as highly relevant, not only to what Klee intended with this gesture of defacement, but also to Walter Benjamin’s well known essay, “On the Concept of History,” which situates the temporal past in front, not behind, the Angel.
Miguel Abreu Gallery