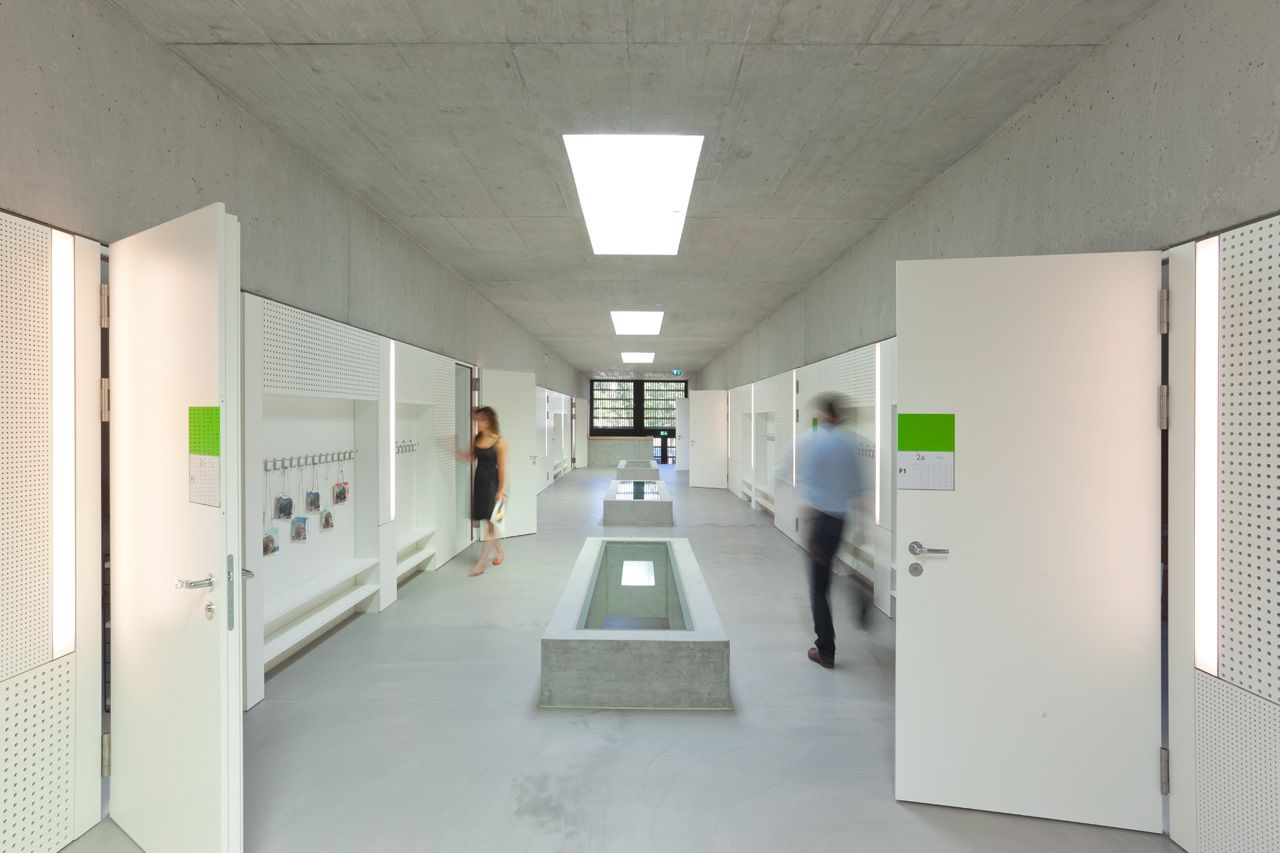 For the classroom extension and sports hall construction project in the municipality of Biel-Benken, the primary aim is to provide space to accommodate the increased number of pupils and to suit modern teaching methods. In addition to the school’s sports requirements, a new sports hall is to be built to cater for the various activities of clubs and associations in the local community. The new building will be located on the sloping terrain between the existing school building and Fraumattenstrasse and will form a link between the existing school building in the north and the prospective village square in the south. 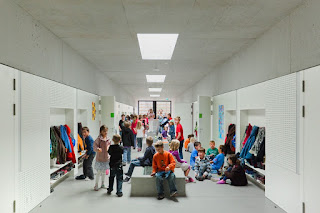 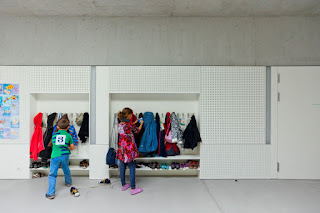 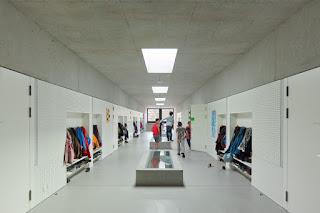 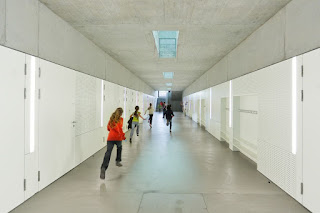 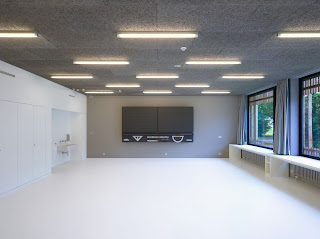 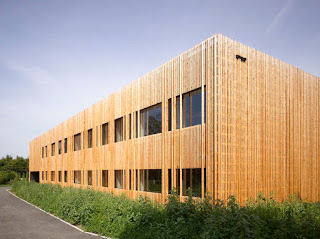 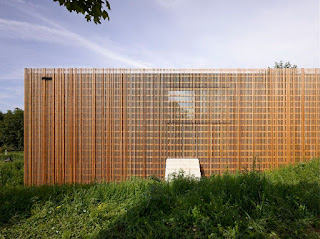 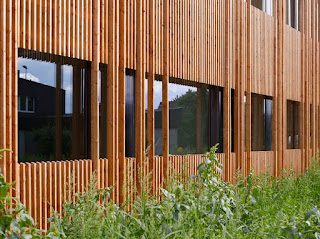 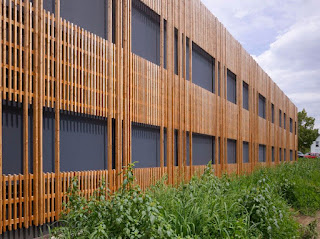 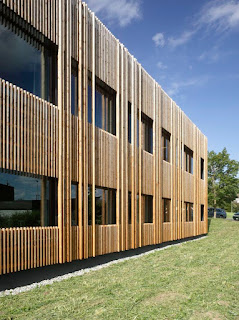 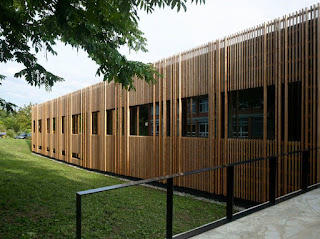 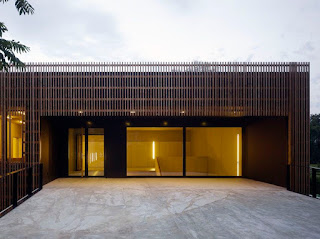 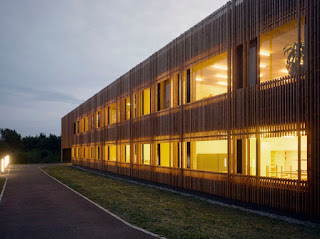 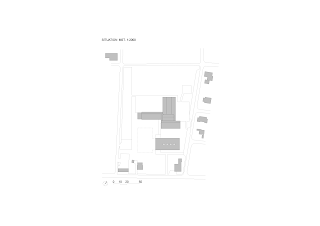 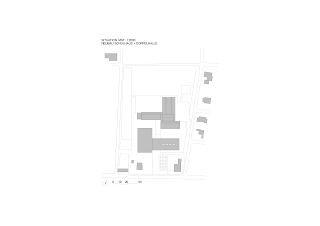 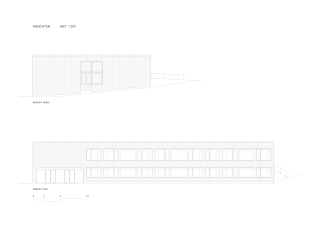 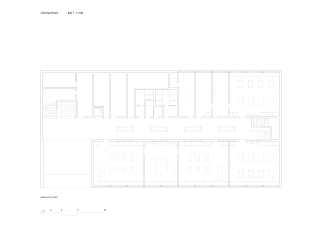 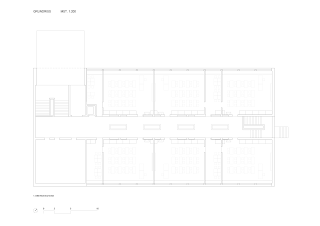 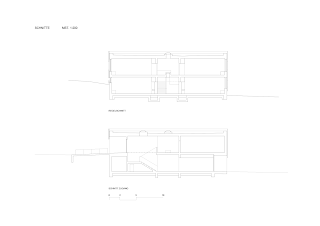 The school building was completed in 2010 and the sports hall is being constructed in a later stage of the project.
The ground floor contains new workspaces with corresponding areas for materials and rooms for the building utilities. The second floor is intended to accommodate classrooms and group spaces. A low-key design has deliberately been chosen for the external appearance of the building. The two-storey construction and the flat roof keep the height of the building low, allowing it to easily integrate into its surroundings while also ensuring that it does not encroach too heavily on the view from the rooms in the existing school building. Wood was chosen as the material used on the façade. Wood is a tried and tested façade material which can be found in various places in the local area, both on older, more traditional buildings and on new-builds. The cladding, which consists of vertical battens made from roughly sawn larch, produces a cost-effective façade and gives the building its appearance of self-containment. The arrangement of the battens creates different aspects depending on the visual angle and light conditions. The battens continuing in front of the windows reflect sunlight into the classrooms and form a kind of filter layer.
The key architectural concept behind the design is the idea of accentuating the character of the materials used. The walls and ceilings are made of untreated concrete, which is left exposed. The cement-bonded wood-wool panels on the classroom ceilings are also left in their natural state. Only the white furniture and polyurethane flooring in the classrooms present a contrast, juxtaposing their refined finish with the roughness of the surrounding materials. As in the interior spaces, the roughly sawn wood façade is untreated and will weather and turn grey over time. By avoiding the use of colours and surfaces that do not come from the materials themselves, the building maintains a sense of unpolished and authentic roughness, which fits in well with its rustic village surroundings.