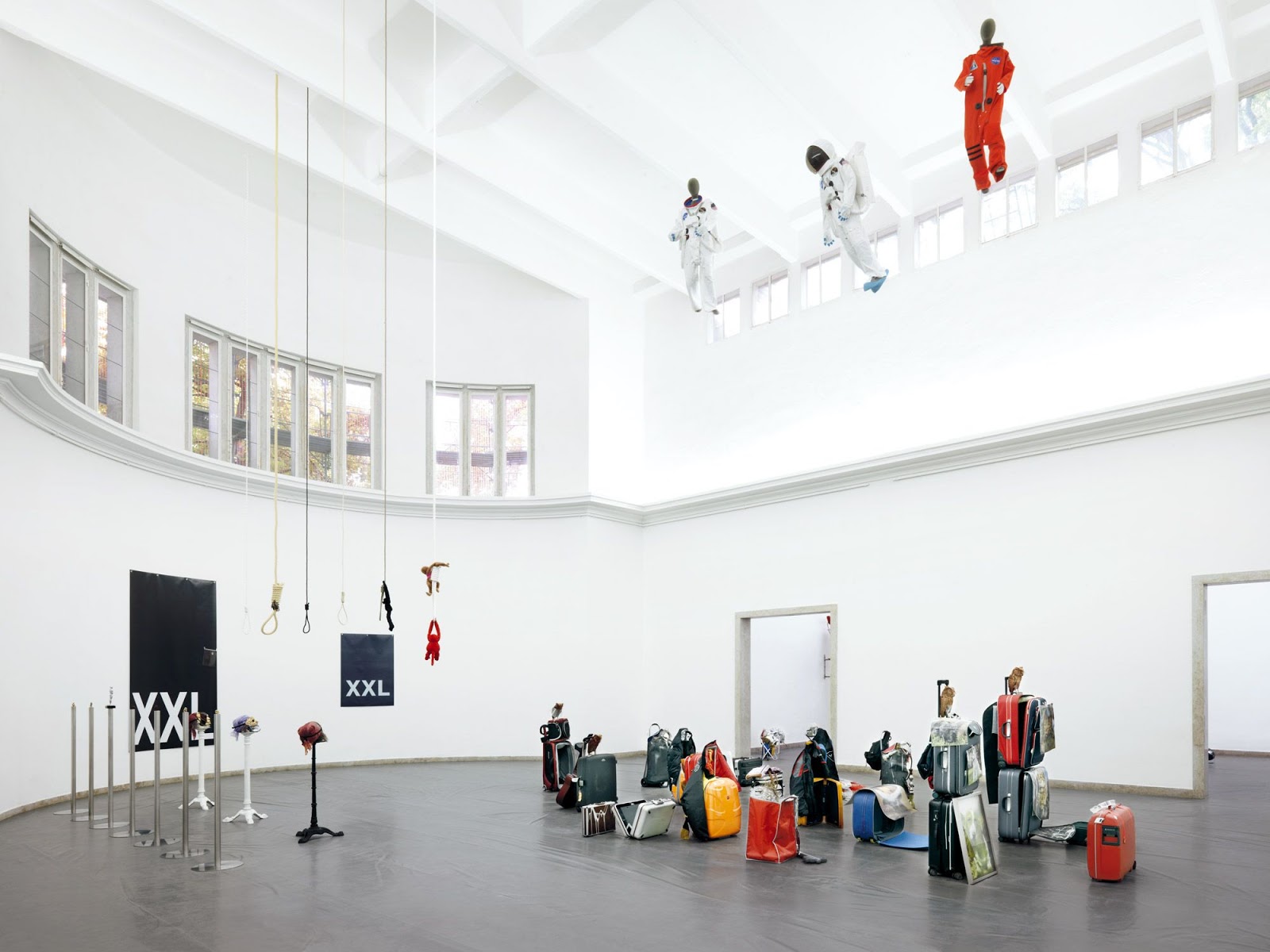 Oil XI is the centerpiece of a 16-part installation that was first exhibited in the German pavilion at the 2007 Venice Biennale.
It evokes the Zeitgeist of a world in the grips of the War on Terror, which some argue has been waged not only against the threat of global terrorism but also as a militarized effort to maintain control of this eponymous natural resource. The installation, with its accumulation of roller-board suitcases, calls to mind a transit station that has suddenly been abandoned, perhaps due to an unseen threat. Three astronauts, identified as NASA employees by the insignia on their uniforms, float overhead, as if exploring the ruins of a devastated culture.
MoMA 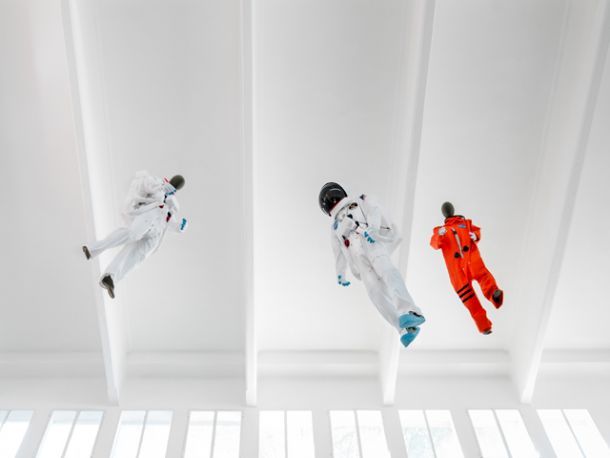 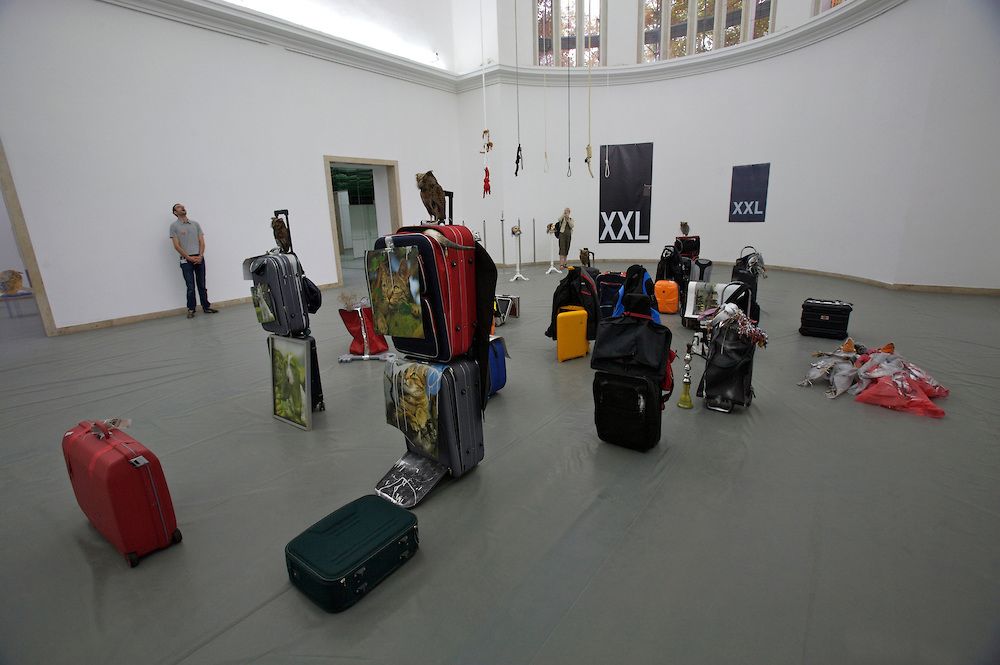 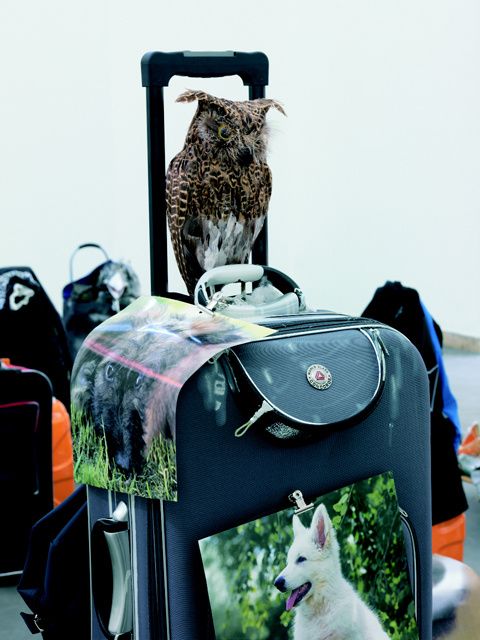 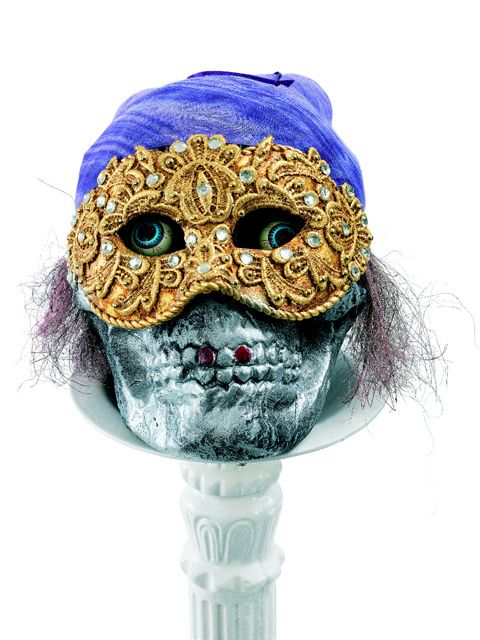