Images removed as requested by the photographer.

Houses with an attic are frequent in this area and in these new suburbs. For many, this is the legal gap when faced with the lack of square meters allowed by the DFL2 (a Chilean law regarding tax benefits on construction). 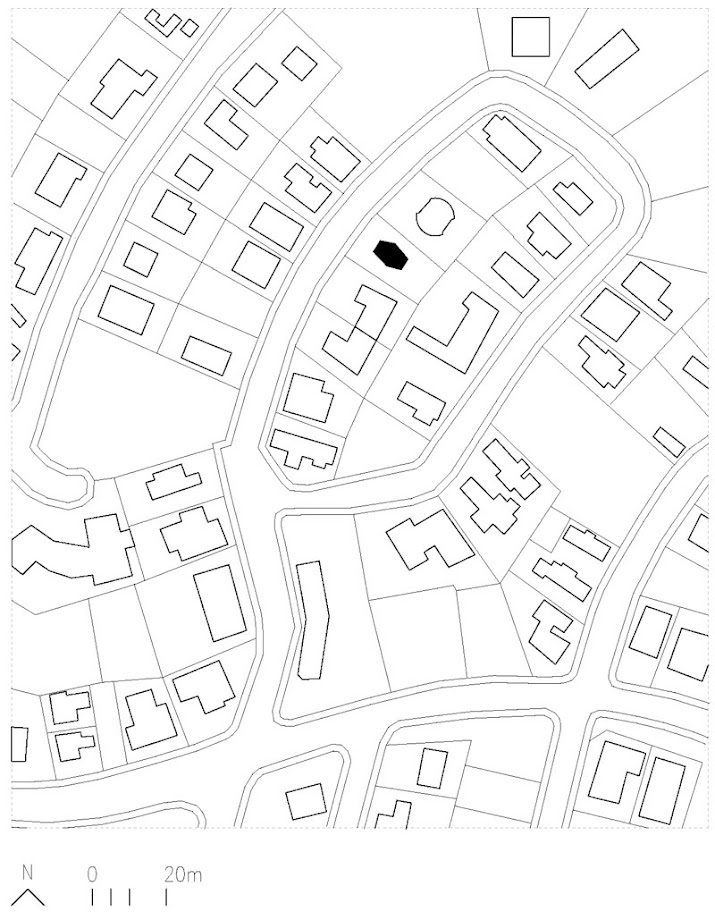 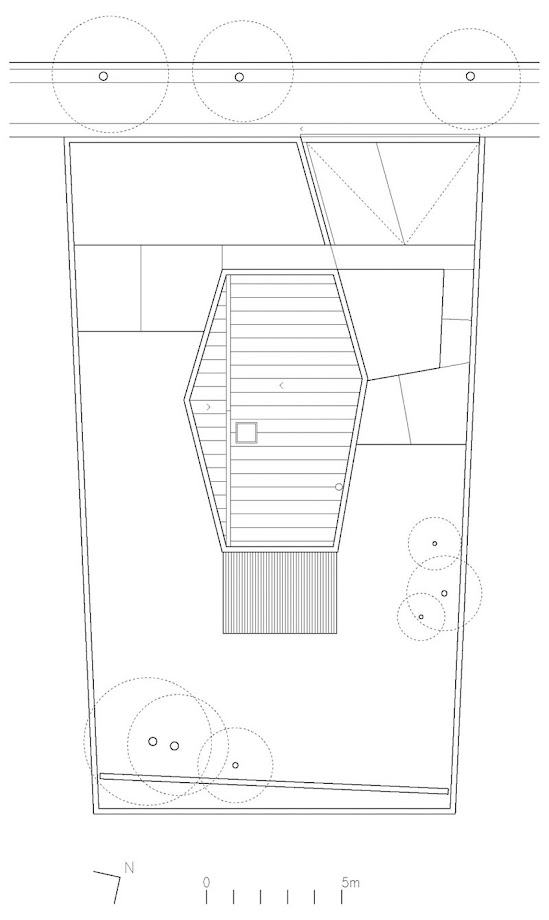 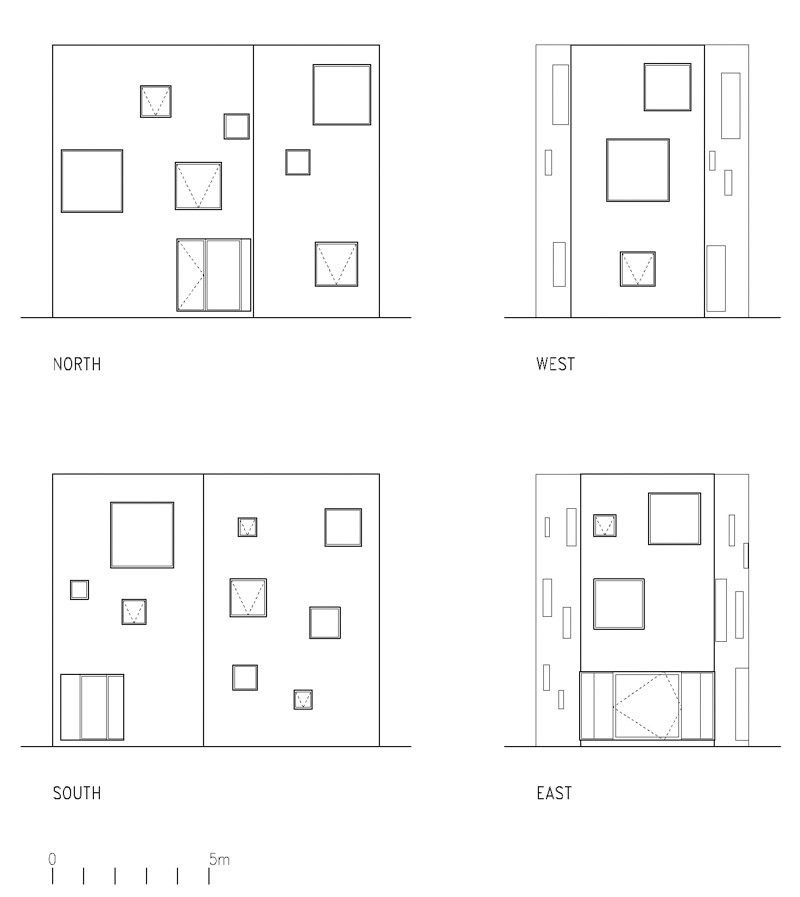 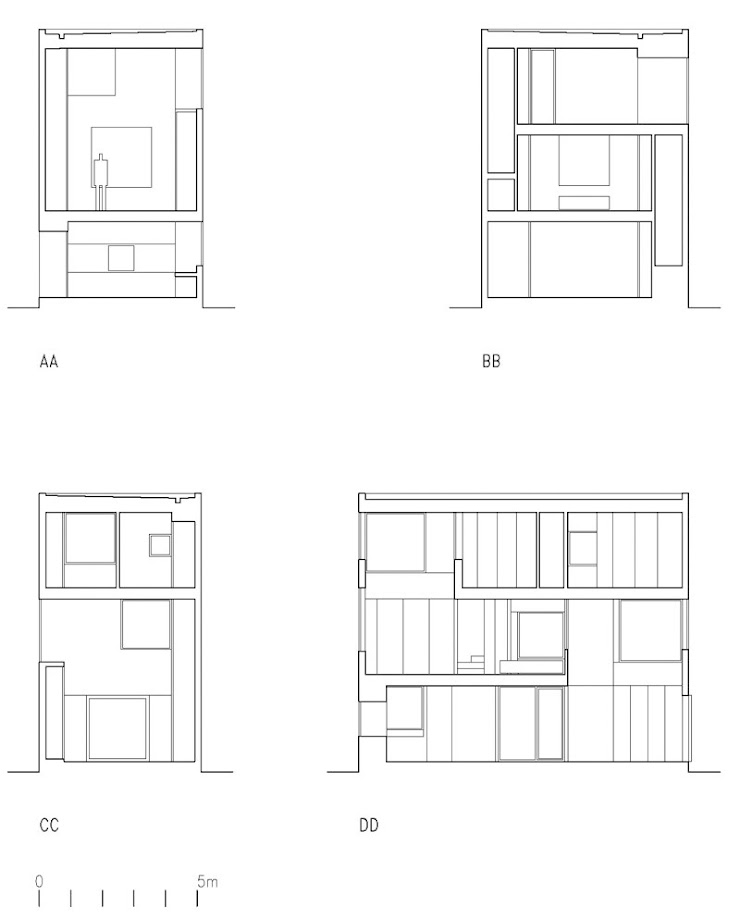 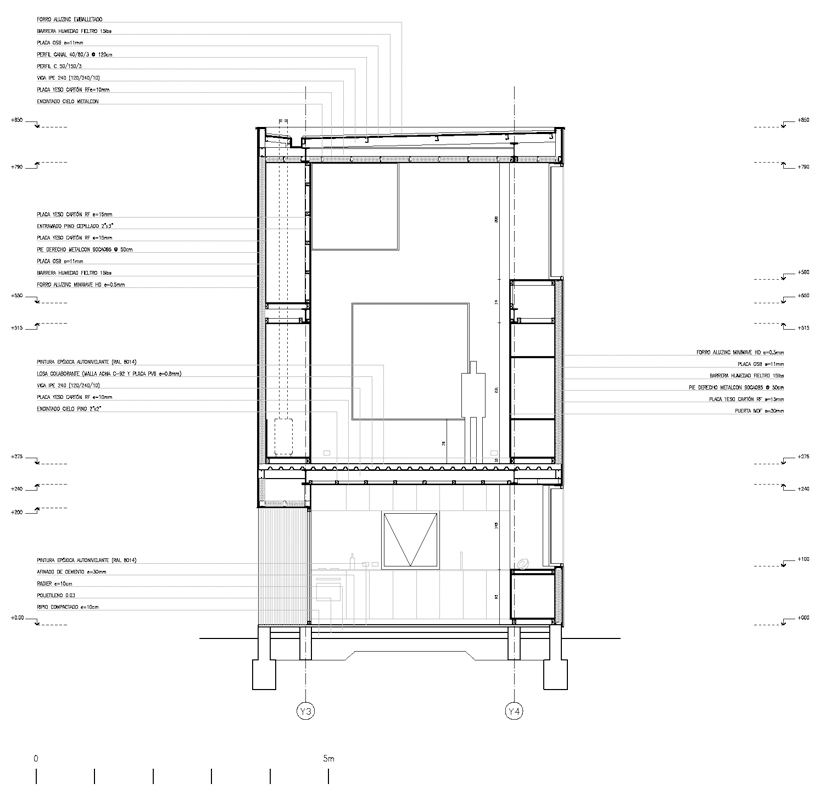 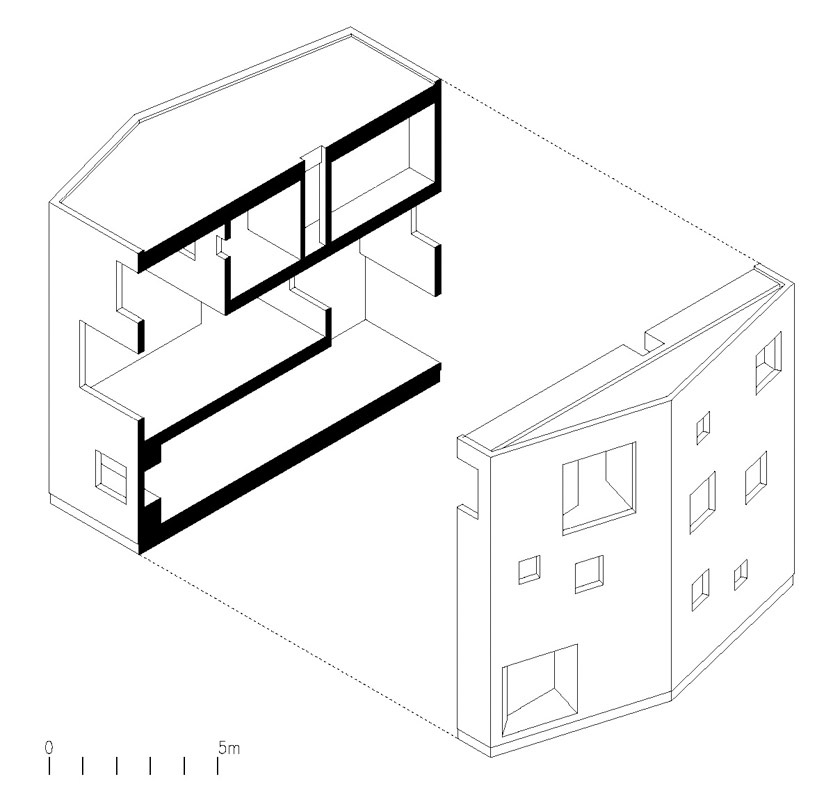 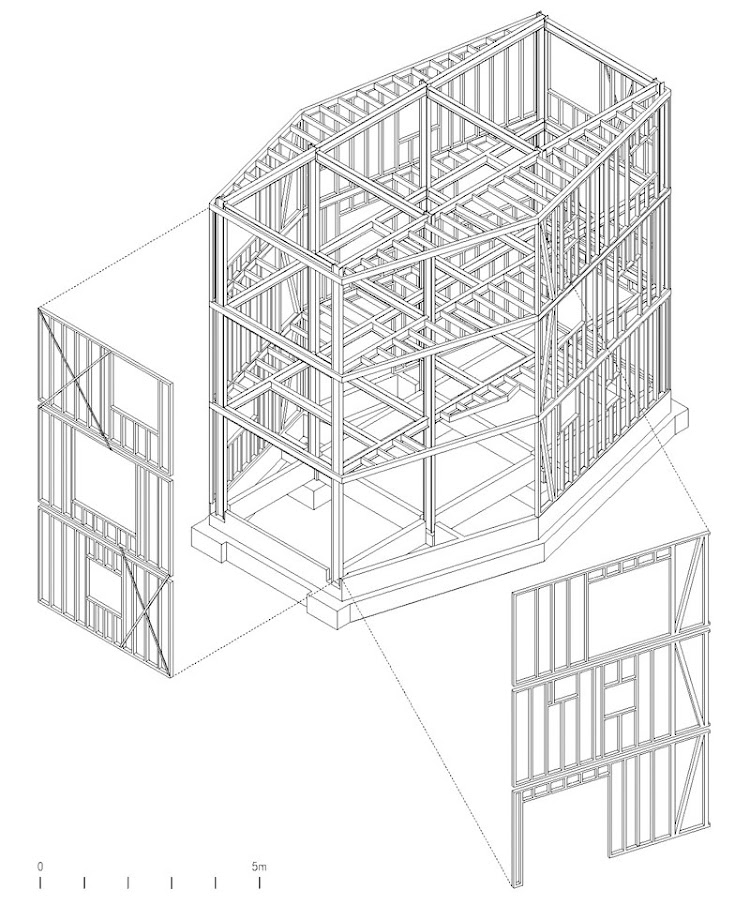 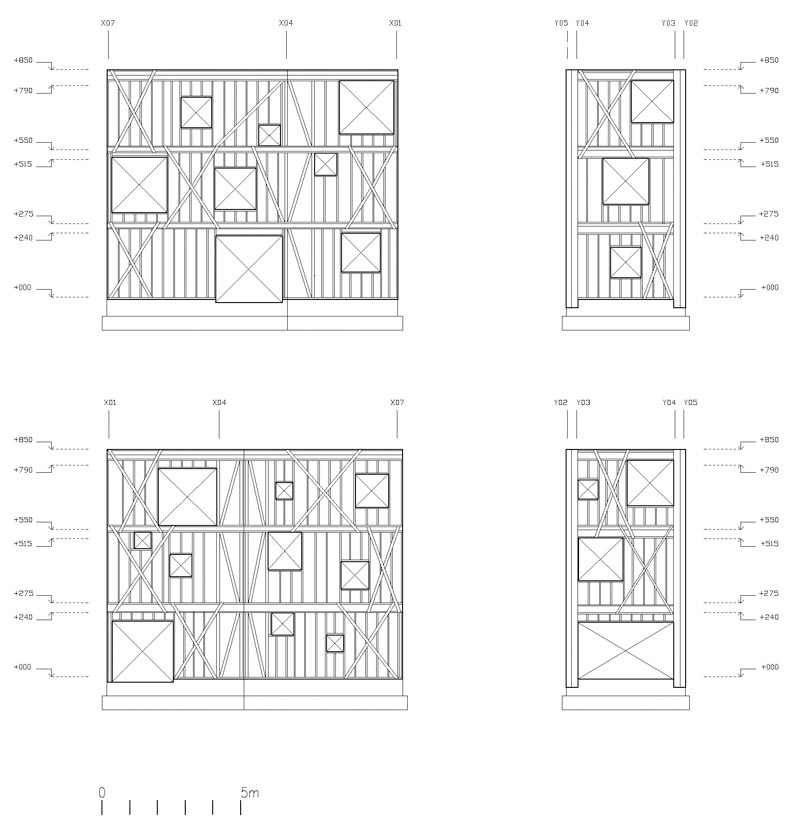 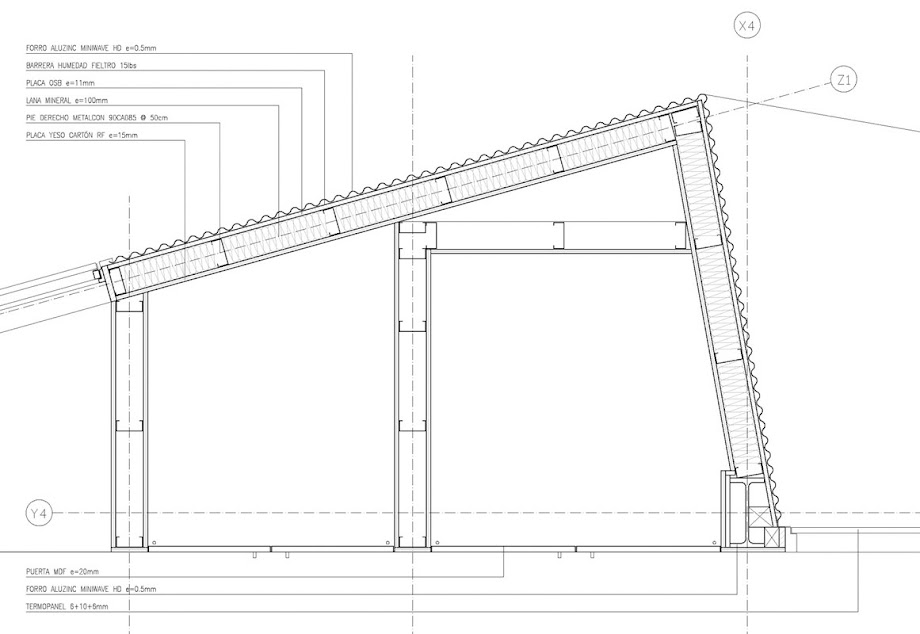 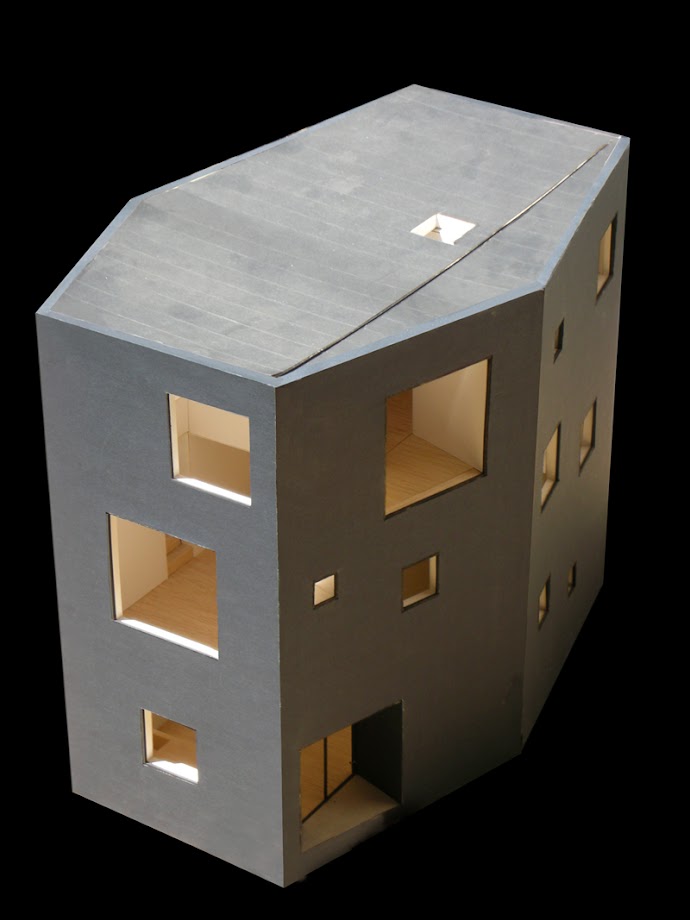 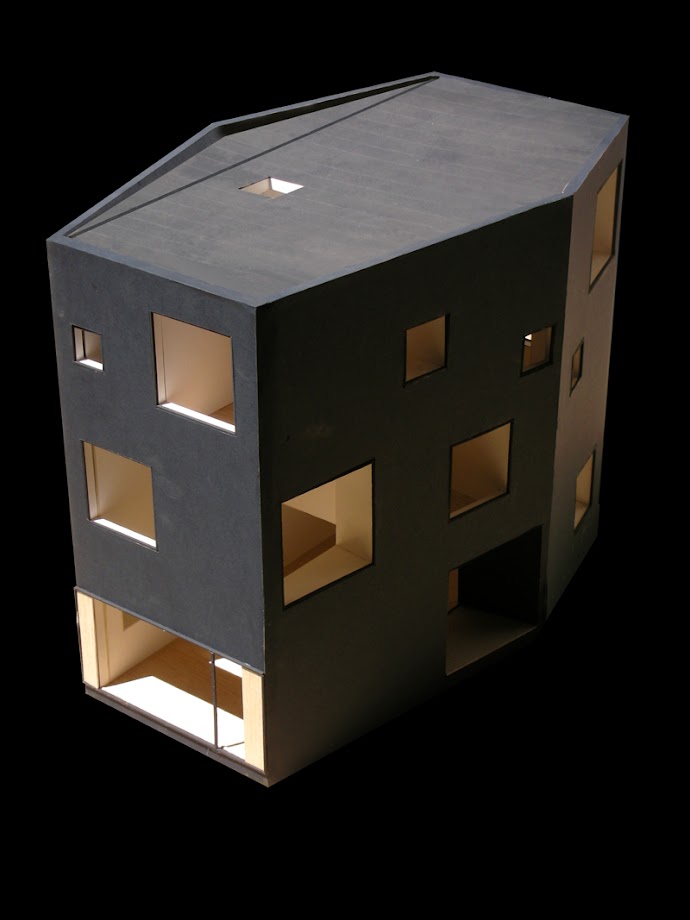 Climbing three storeys seems to be no problem. What is absurd is pretending to occupy the maximum permitted height without questioning pitched roofs (that constantly hit users heads against the low beams). In this case, besides occupying those residual deltas left under the tilted roofs, and in the same way as Hockney’s inverted perspectives, the vertical body is sliced with slight diagonal deviations that attempt to elude its most immediate neighbours and absorb the freedom left by two nearby, fallow, small squares. The program tries to solve the voluntary and dominant reclusion of someone who’s just renewed his marriage and fatherhood (with children who are now adults and visit him only occasionally). The services, vertical spiralling circulation and different storage spaces help confine the oppressive lateral distances of the site. In the longitudinal direction, the two major and most voluminous rooms occupy different ends and levels: towards the back of the site is the room for social uses that connects them with the natural ground; towards the street (and looking over the unfortunate neighbouring houses) the space allowing more informal and familiar reunions is located (under the authoritarian, almost indiscreet guardianship of the private study located on the third floor). The central bay is composed by the repetition of four rigid, steel frames (made with the same IPE240 sections as columns and beams) on which, seen from a longitudinal section, two overlapping platforms are built. The coating is a continuous texture that guides the rainfall, in a bronze tone (unstable with the variations of natural light) that is barely interrupted by the glossy crystal cut-outs, aligned (without frames) with the outside wall.