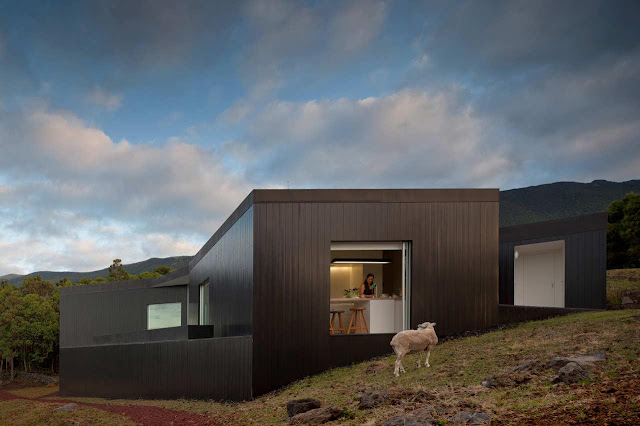 This house aims to overlook the various views which can be seen from the highest point of the land. 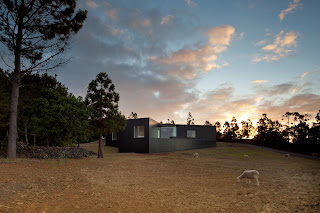 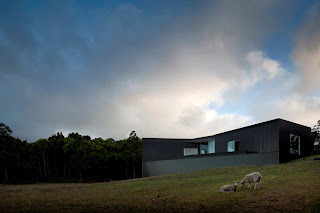 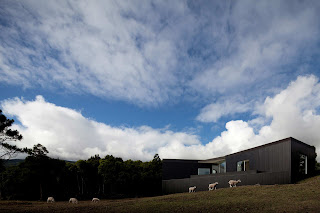 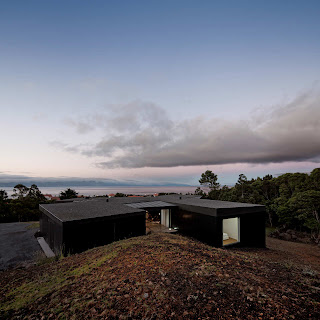 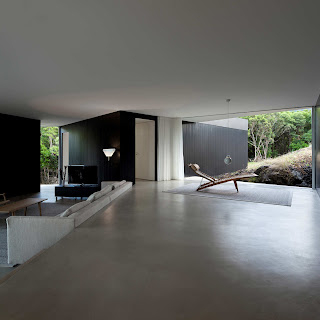 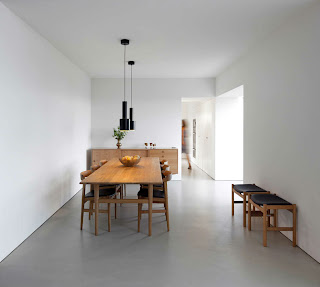 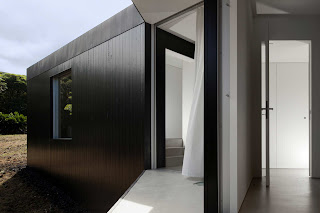 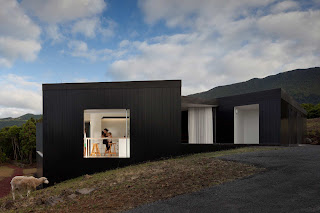 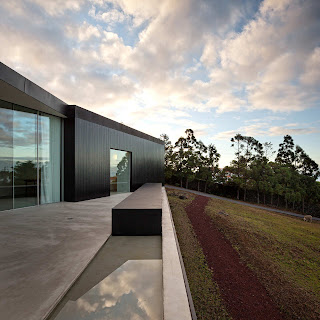 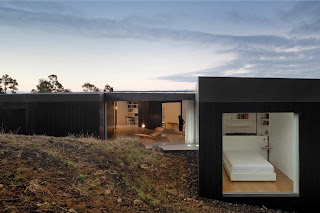 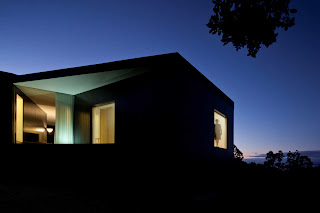 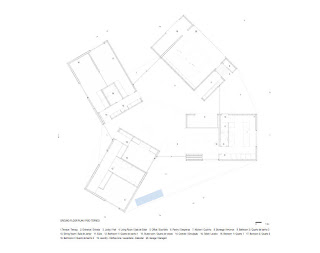 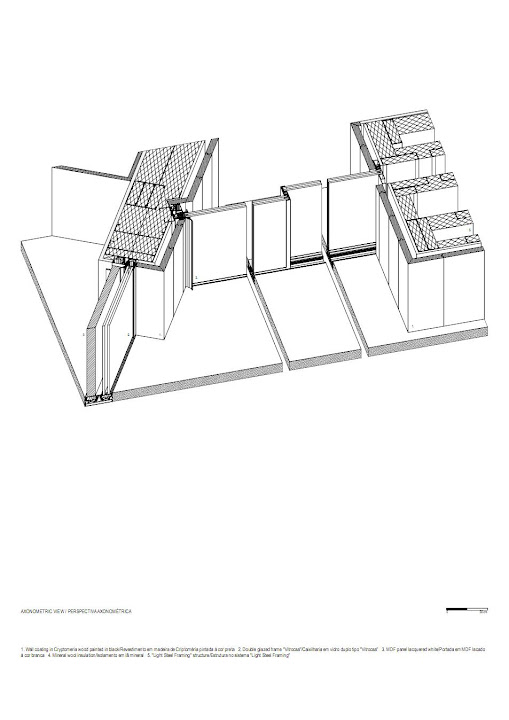 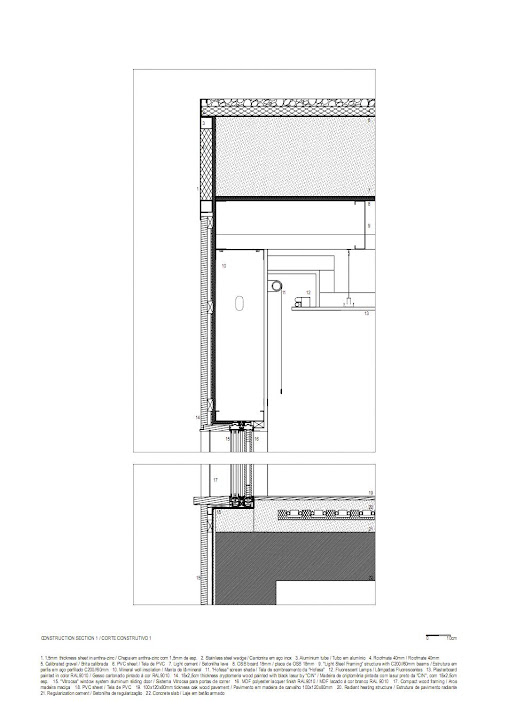 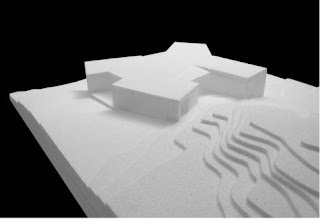 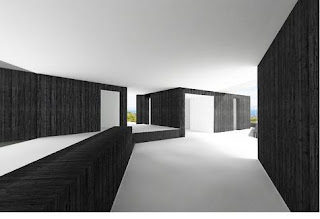 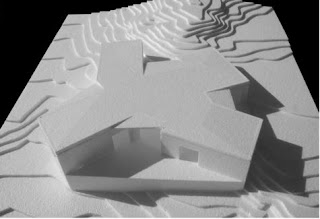 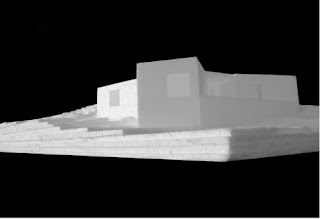 Starting from a set of separate volumes and following the adaptation of the traditional architecture to the terrain, the resulting area between the four volumes was designed as a living space, the walls of which are a continuation of the exterior façades and where only glass separates the exterior from the interior space of the home. Depending on the prevailing wind or the desired view, the house can open out on various landscapes and its connection and permeability with the exterior is total. The solid volume in darkened wood is transformed into four volumes when the large glass panes are opened, allowing the extension of the various platforms of the house. A system of pre-fabrication will be used for this building which was conceived in order to achieve an A+ rating in terms of energy efficiency.