On a former country estate near the Hague called ‘Haagwijk’ different housing typologies are planned including five free standing villa’s. 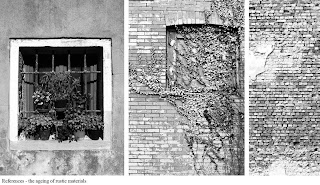 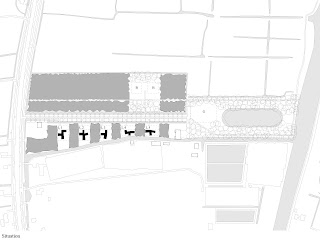 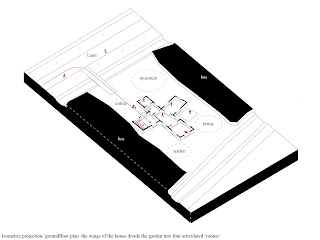 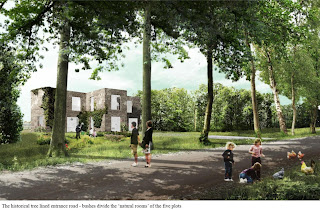 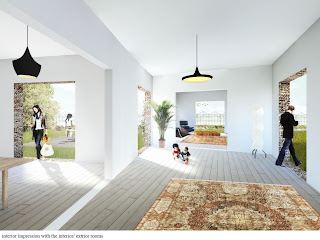 This proposal searches a balance between contemporary living standards and the original baroque garden layout with the nostalgic atmosphere of the site.
The master plan of the re-development of the country estate prescribes the five plots as so called ‘natural rooms’, defined and separated from each other by means of bushes. These ‘natural rooms’ are perceived of as the actual private living spaces with the houses positioned right in the middle.

The relationship between the house and the garden is inspired by the original garden layout based on a quintessential baroque country villa scheme. This means the house as a slender compositions of wings dividing the garden into different spaces, rooms, each with its own quality.
This logic of a composition of slender wings can be configured depending on the desired size and performance of the house and the plot characteristics. The standardized windows and choice for one kind of brick has both economical and architectural reasons. It creates a modest rhythm as a subtle background for the rural landscape of open grass fields.