The Zollverein School of Managent 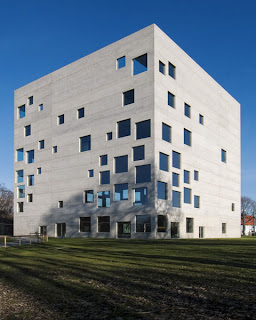 The Zollverein Design School is located between a historical coalmining factory and a sprawling suburb. The building is a 35 meter cube, which, at the scale of the large neighboring factory buildings, stands in strong contrast to the finer suburban texture. Its intense presence announces the former factory grounds.

Given traditional standards, the building volume might be perceived as too large for its program, an approach which not only has an urban impact, but is also a response to the building’s program. We felt that exceptional ceiling heights were appropriate for the educational spaces, particularly for the studio level that occupies an entire slab of the structure. This undivided production floor is an unusually lofty and fully flexible space, which is enclosed only by external structural walls. These walls, punctured by numerous apertures, filter the light and view from the surrounding factory landscape, softening the transition between exterior and interior. 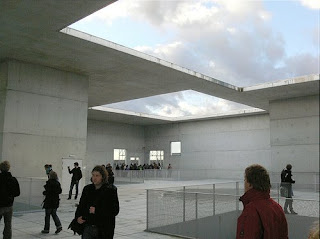 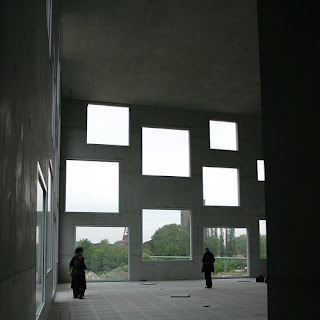 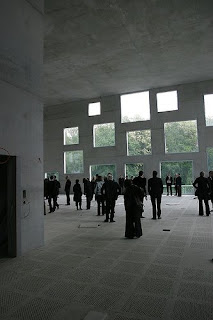 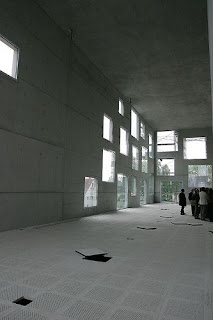 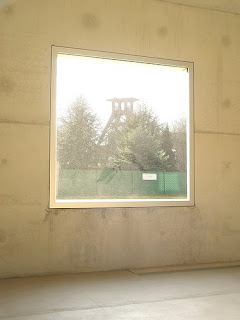 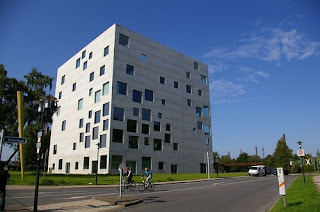 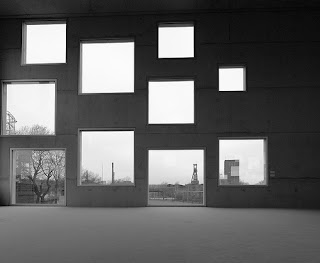 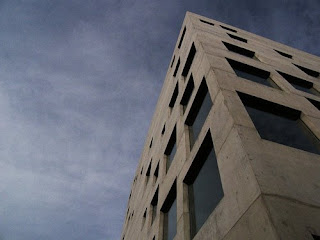 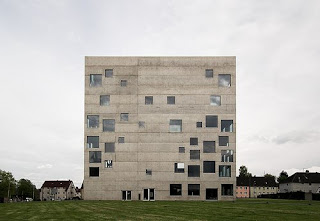 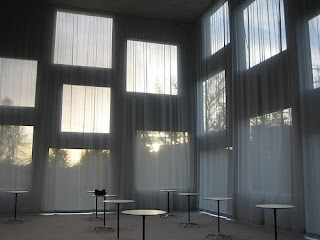 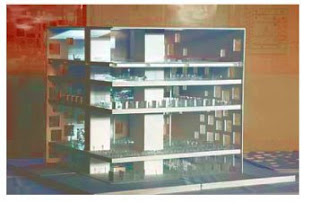 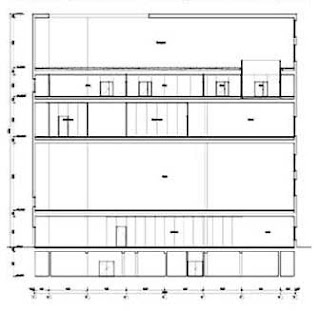 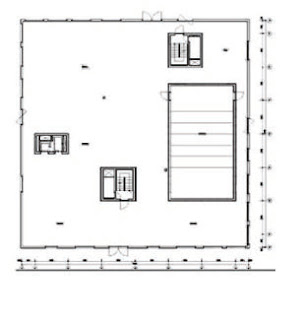