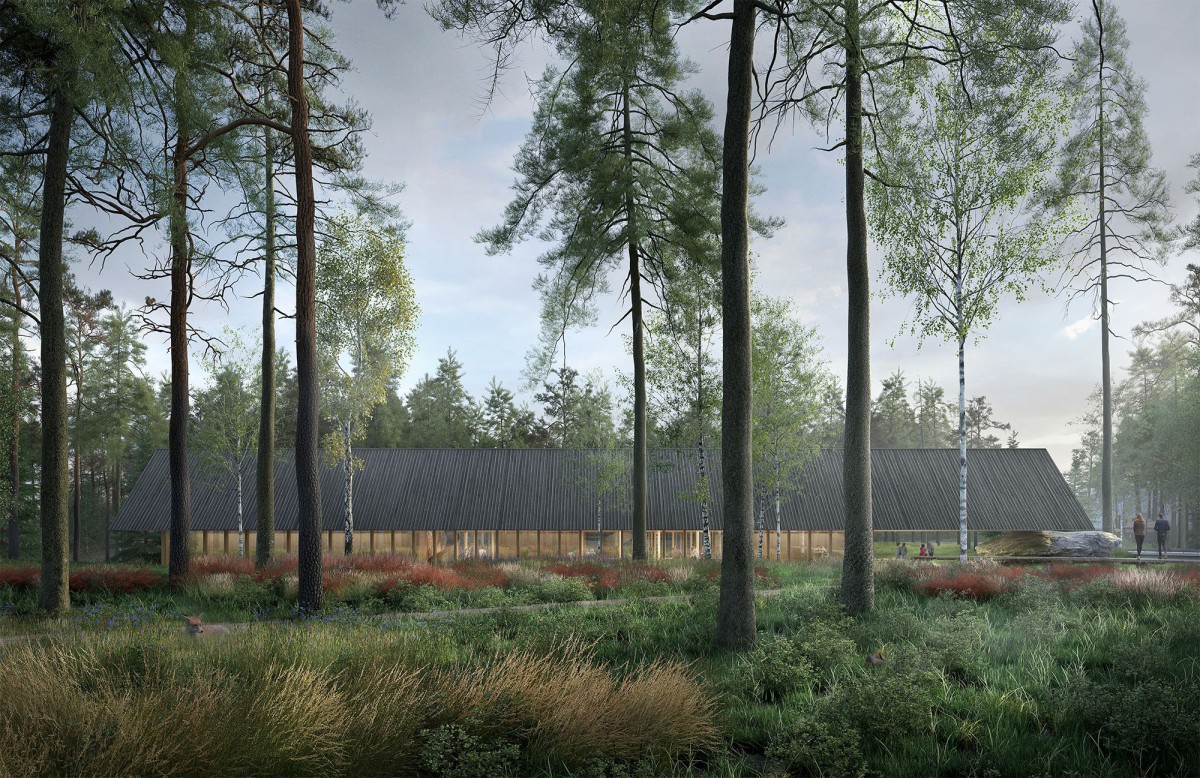 The new Norsk Skogfinsk Museum presents the history, traditions and beliefs of the Skogfinsk community throughout various exhibitions within the new proposal and the existing Finnetunet area. Our proposal, titled Kampestein, depicts their rich cultural heritage, history of migration and affiliation with the forest in which they settled, interpreting their vernacular architecture in a modern way.
_

Kampestein, a glacial erratic boulder that would have once journeyed over large distances, supports a large roof structure which holds the museum’s collection. The rock symbolises the migration of the Skogfinsk culture and simultaneously embodies the mystic quality of their beliefs. Within the Skogfinsk culture these rocks were considered to be the home to the spirits of the forest and smaller rocks were often used as foundations for their homes.

The building is placed as a coherent volume along the Rotna River providing a strong visual identity for the museum and dividing the site into two; one space capturing the forest and one facing the water. The division creates a beautiful sequence, unveiling features gradually as you move through the area, the building and across the water to the Finnetunet area.

The interior spaces of the Norsk Skogfinsk Museum show off the simple wooden structure that allow for flexibility and future expansion. In addition, the enclosed volume encasing the first floor and the main gallery space, cantilevers over the ground floor thus creating an open and direct relationship with the surrounding nature. The main gallery space is pared back, accentuating the artefacts with light. The scorched black wood provides a tangible texture referencing the sooty attics in the vernacular dwellings of the Skogfinsk people.
_