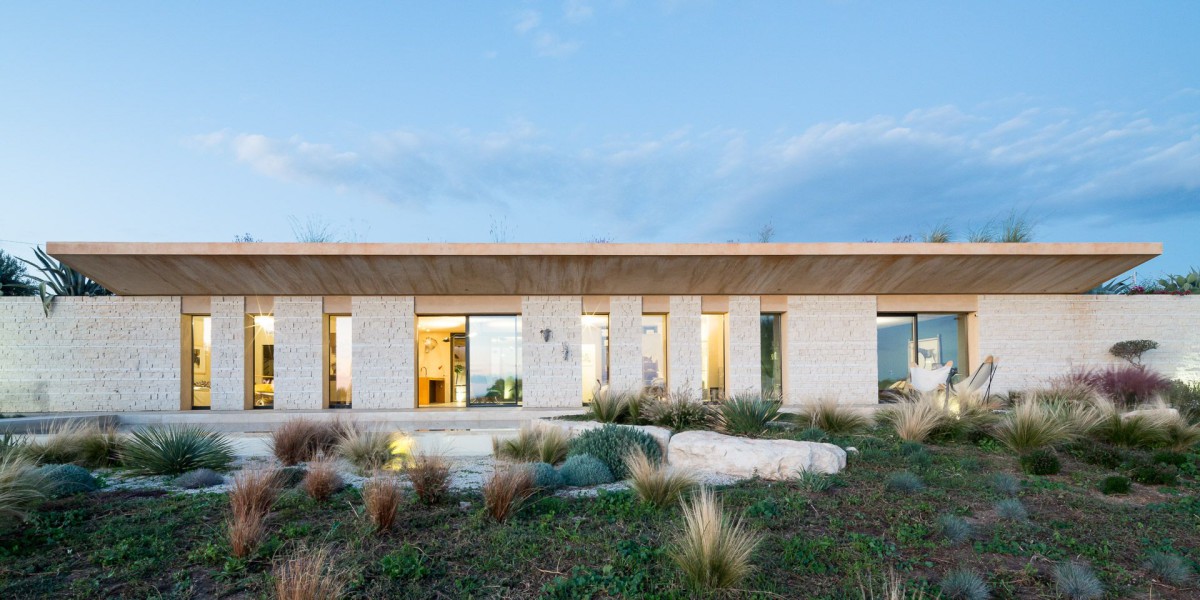 Casa ECS, with its special laboratory for artists, rises in Sicily on an area of a high environmentally-friendly allure within the city of Scicli. Thanks to the natural configuration of the territory it is possible to appreciate the gentle slope of the land towards the Mediterranean sea: a series of terraces, retained by dry stone walls, with olive and carob trees growing up on them, fades beyond the horizon.
The project was realised following the principles of a low environmental impact intervention on the territory, clearly visible in the choice of adapting the building to the natural area and in the energy-saving study carried out.
_

The central idea focuses on the construction of a retaining wall covered with the local stone, reproducing the typical receding terrace, which generates a natural step that allowed to plan the insertion of the building into the environment, creating a noticeable continuity with the country-side view and the traditional cultivated land.

Furthermore, thanks to the roof garden on completion the building becomes an integral part of the area. Under the same perspective of maintaining the historical tradition of the territory, two courtyards appear in the northern part of the house as a removal of two land sections.
The inner spaces of the house respect accurately the geometric pattern of the external face: the living room and the laboratory face the courtyards in the north side and the sea in the south side. This choice gives the perception that the landscape crosses the inner space of the house.
The planning studies have been carried out in order to ensure a high heat insulation, while the use of renewable energy sources like the photovoltaic installation and the solar thermal collectors have increased the energetic efficiency of the building, making it an eco-friendly structure.