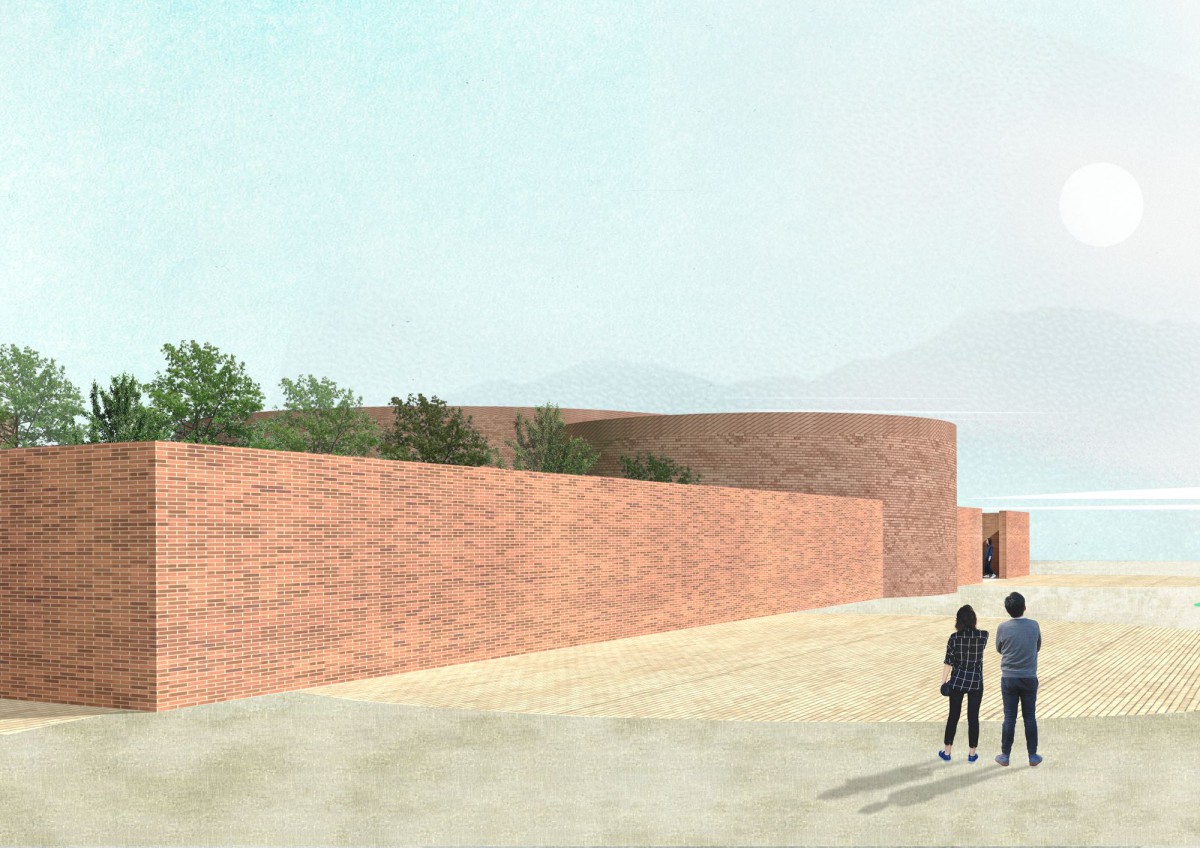 To communicate the extension of a city, developers and city governments often use a so-called ‘urban planning center’: an exhibition center that shows visitors and potential investors the urban future. For the Zhuolu urban extension, our client was looking for an urban exhibition center that would both be a ‘modest icon’ for the planned city district and exhibit the plans for the urban development.
_

Zhuolu was the site of the mythical 2nd Battle of ancient China. In this battle, legendary Chinese emperor Huangdi was fighting tribal leader Chiyou. When Chiyou breathed (!!) a fog to block the sun from the battlefield, Huang Di invented the famous south pointing chariot and finally won the battle…

The chariot consisted of a series of cleverly organized gears, which made the sign on its top always point southwards. It was conceived centuries before the compass was invented and was hence proof of the innovation power of ancient China.

We identified the south pointing chariot as an inspiration for the development of the new city extension of Zhuolu and its Exhibition Centre: after all, who wants to build a city needs to know where the south is…!

The site is southeast side of Zhangjiakou, 50 km northwest of Beijing; a plane surrounded by mountains on the northwest and the east. The historic structures – small villages– are mainly horizontal.

We took these ingredients to organize the program as a campus, surrounded by a brick wall. The program is organized in a series of 7 interconnected circles of varying size. By overlaying them, they form a sequence of smaller and larger spaces.

On the outside, the wall makes the building look closed, but once inside the diversity of the building reveals itself: a courtyard filled with trees is the lush buffer between the city-in-the-making and the exhibition spaces.

Each of the circles is developed as double brick load-bearing wall of 500mm. The bricks are both a historic reference and a sustainable material. Inspired by the red brick structures dotting the site, the Affordable, yet elegant, bricks express diversity between the various volumes. They accumulate heat in winter, and maintain cool in summer.

The elegant courtyard guides them from the entrance to the civic center – where the library, the café and other civic functions find their place. Finally, it is possible to have dinner or events in the highest of the seven circles – overlooking the former battlefield, now a city in the making…
_