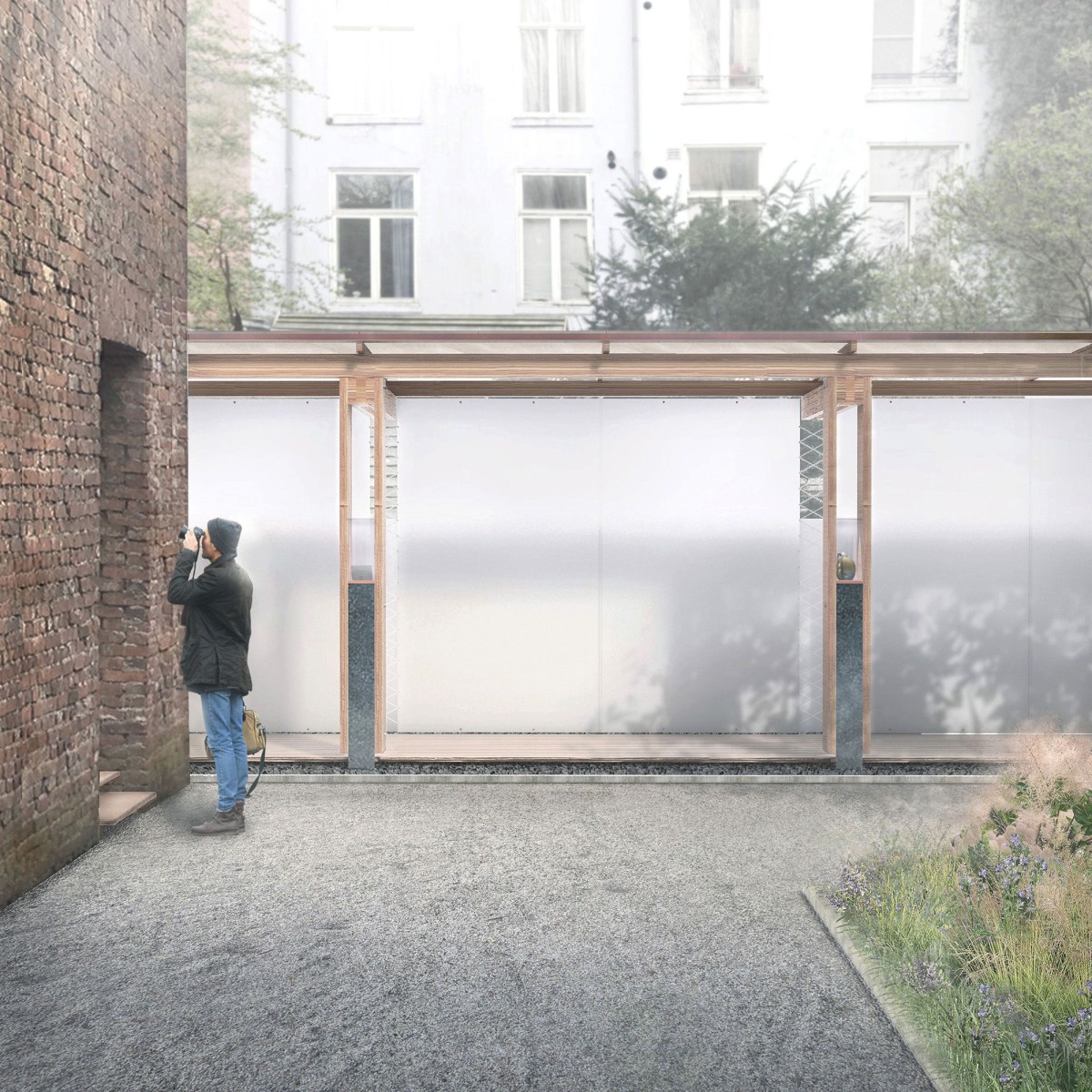 From 1941 until 1943 the Hollandsche Schouwburg was the center of the plan to annihilate the large jewish population of Amsterdam and its surroundings. Tens of thousands jews were deported from the once popular theatre on the lush Plantage Middenlaan near the center of Amsterdam. Now a memorial and small museum dwell within the remains. The Joods Historisch Museum has plans to renew both. This is a study proposal for the transformation, made in dialogue with the people involved.
_

“There is no point in exaggerating that which is already horrific”, the author W.G. Sebald says, “perhaps in order to get the full measure of the horrific, one needs to remind the reader of beatific moments of life.” The horror of the Shoah (Holocaust) may work like the head of Medusa: one is petrified by a direct confrontation. Instead of shocking visitors with spectacular forms, the architectural aim is to create a dignified mood of contemplation. It is about life, the personal aspect of memory and the place itself.

The program of requirements is too extensive to fit on the site. Room may be provided by sharpening the program, using run-down spaces and demolishing several existing elements after a thorough analysis. The proposal is to also use a second location: the vacant Hervormde Kweekschool. Situated diagonally across the street, the school served as an escape route for jewish children during the German occupation. The tram-stop in between, which was then used for deportations, is now proposed as a public exhibition and connecting element.

Like the other places that remind of the once vibrant jewish life in the neighborhood, the exhibition and memorial spaces are bound by an inside-outside rhythm. Nestled in between are sculpture- and flower-gardens, a regenerative backdrop. One may wander through this environment of memory, there is no fixed sequence of experiences. Inside there are moments of focus. Outside of reflection. Surrounding life is always present, the story not isolated. A membrane, allowing sound and light through, marks the place by following the historical confines of both plots.

– Bleak light filters through the membrane that is slightly moved by the wind. The sound of my footsteps on the ash floor as I walk. A rumbling tram far away.