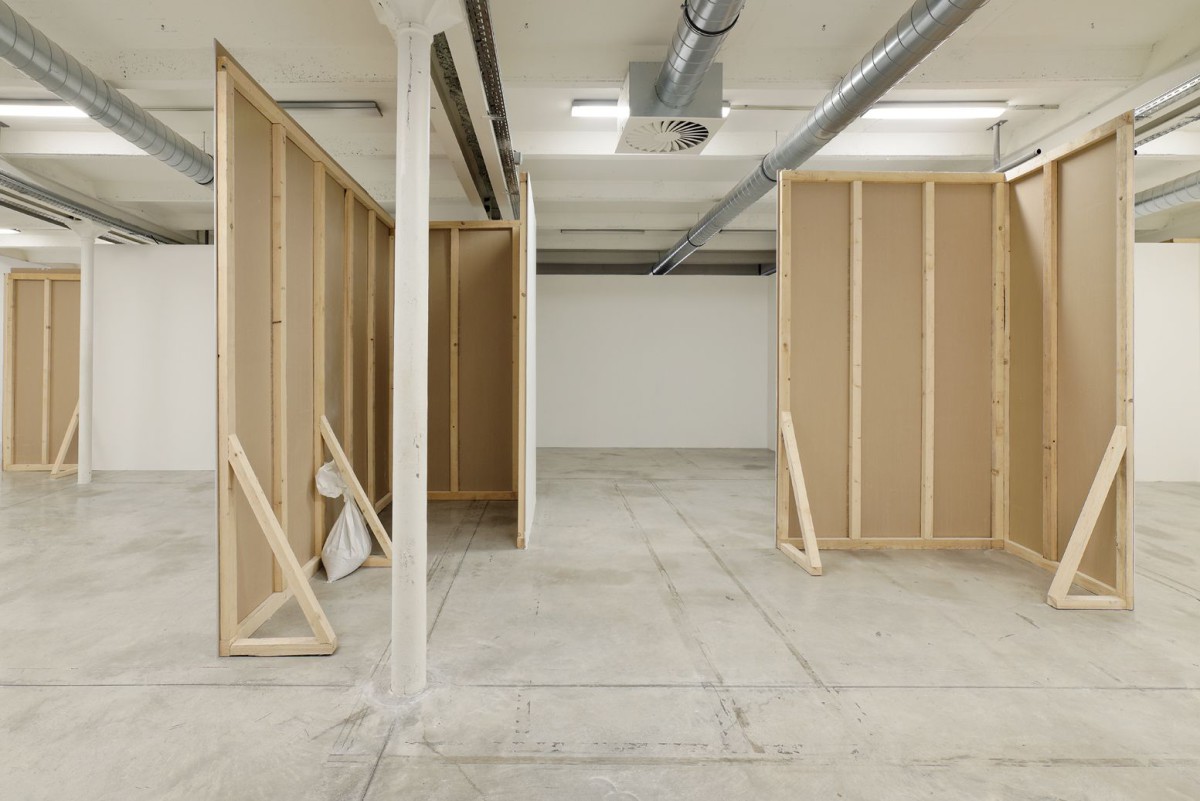 The room-sized, labyrinthine installation at Triangle France allows you to explore Margaret Honda’s artistic production sites. Eponymously titled Sculpture, its constructed rooms represent all of her previously used studios to scale, arranged in a circular fashion. The collection of rooms creates a retrospective experience of the artist’s practice without—except for the sculpture itself—exhibiting a single artwork. The negative space formed at the center of this circular arrangement acts as a non-representative room. Inside this collateral space premieres one of Margaret Honda’s latest projects, a 16mm film titled Wildflowers. Challenging your imaginative abilities, Sculptures emancipates itself from the literality of representation, suggesting a void not as an empty place but rather a site of powerful production.
Triangle France