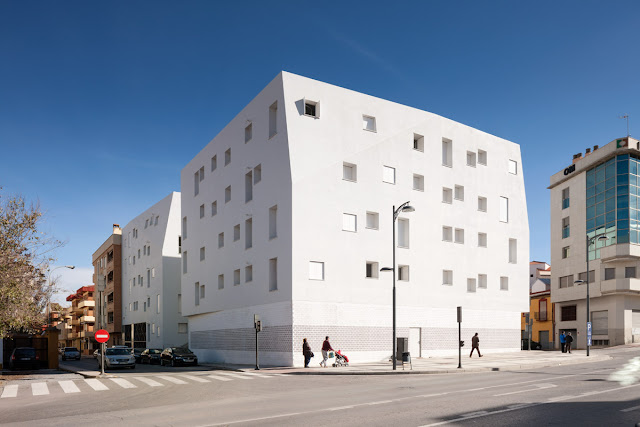 Guadix is located in a singular placement from the point of view of its geology, at the foot of Sierra Nevada Mountains, and over a valley formed by clay, which has been scratched and drilled by the Mediterranean Sea on the process of leaving this land to its current limits. 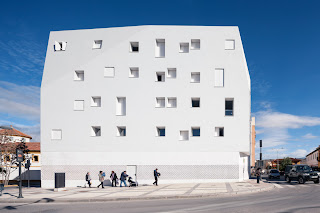 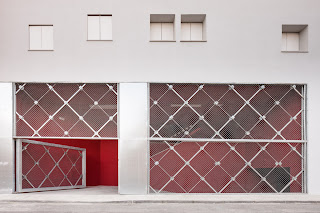 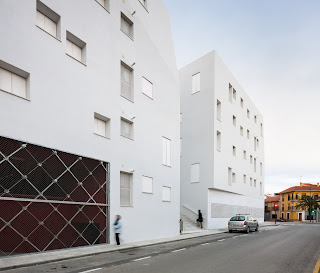 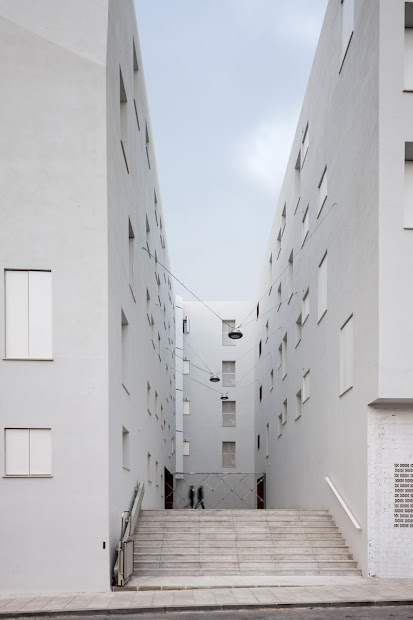 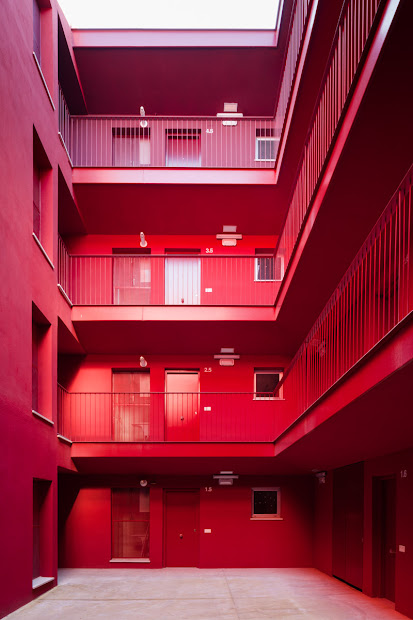 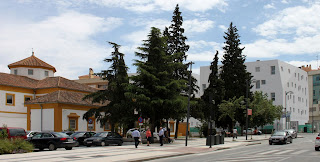 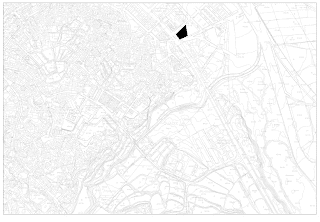 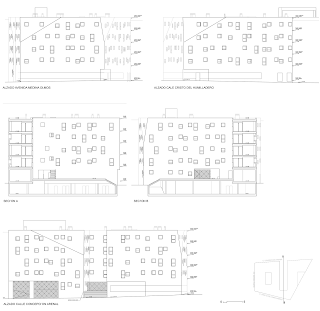 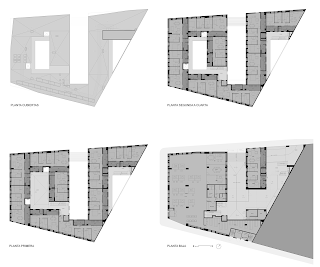 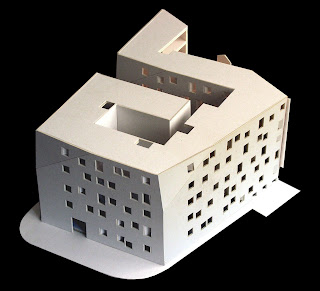 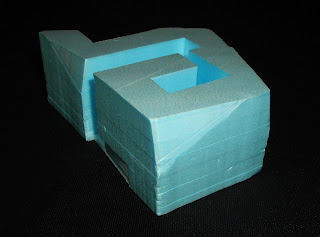 These facts have affected the way people has lived and built in this area, from the so-called “casas-cueva” (caves converted into houses) to the wide use of clay-bricks in its well known cathedral. Thus, this social housing proposal stands on a faceted and sculpted volume through large folded surfaces. This volume has been hollowed out as if making a cavern, and therefore to allow the natural light to carve and mould the empty space. The apartments are split into three different stripes: The outer stripe (facade) works as a filter for sunlight using deep cells for the windows. The deepness of this stripe creates a storage area for the apartments. The intermediate stripe holds all the different rooms of the apartments. It would be possible to create a continuous space with no individual rooms. The last stripe works as a supporting facility, where kitchens and bathrooms can satisfy the proper activities of living. The ground floor has been hollowed, eliminating some apartments to connect the different internal voids, in order to perceive a continuous and sculpted space inside the building.