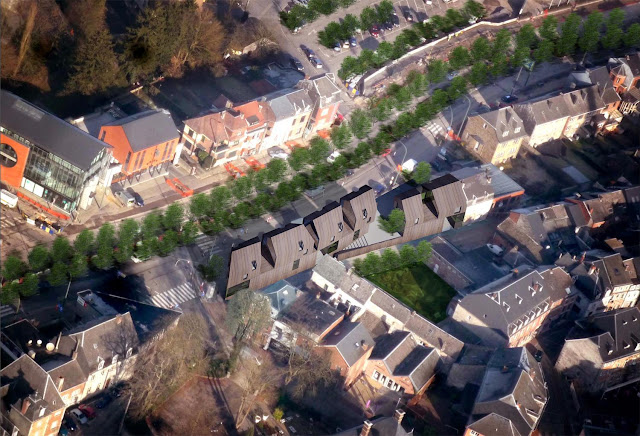 A very narrow lot, with some unusual topography, placed in between the medieval core of the city, and newer areas, bordering a major circulation axis. 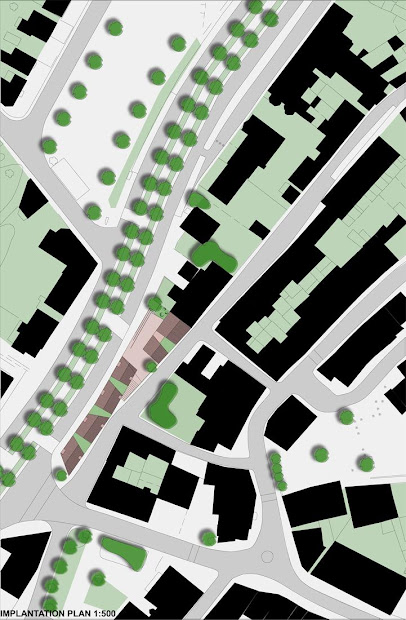 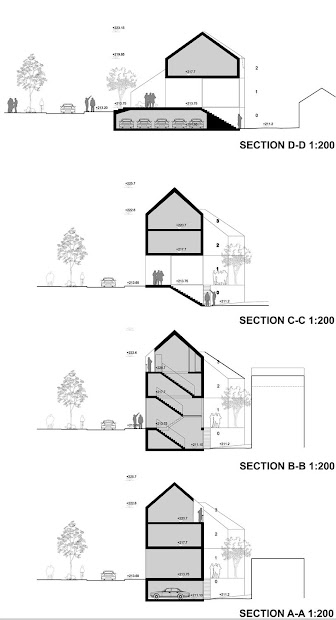 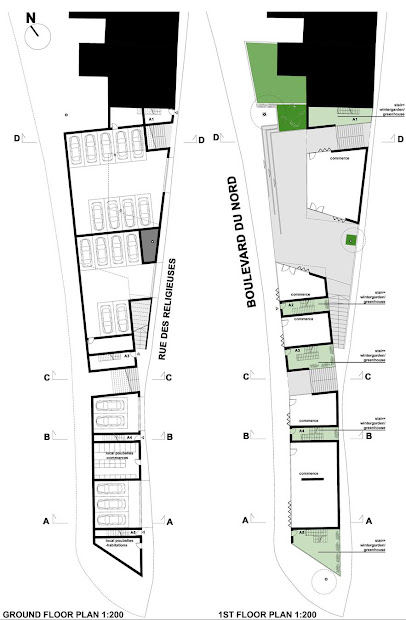 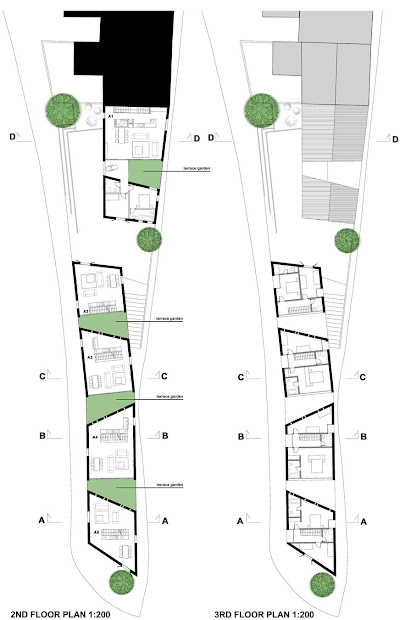 A reconciliation between the medieval tissue and the contemporary one, with a permeable building front thus transforming a passage, and a limit in “place“. A place at the scale of the city, a space of meeting, of human contacts, of interactions: “The space of encounters“.

At the beginning there where some old houses and a church surrounded by forests and plains, then those houses grew into a town, then the town became a walled town, then after a long time it became a town tired ot its own walls, then the town tore down its walls, then the dismantled wall became a street, then new houses began to grow on the other side of the remains of the wall, then the town grew even larger, then the old houses and the old church became a bit lonely and separated. Then on the side of the ancient church, looking at the new houses and the old houses on the limit, a void was to be found. The Old town disliked the voids in its ancient fabric, the New town would have liked to know better the Old one. A reliance was to be found between the Old and the New, between the memory of the dismantled wall, and the life around it, between the ancient and the contemporary. The limit is no longer a wall, it is no longer a void either, it has become a Place which relies on

Continuity for its own character. Continuity for the pedestrians: Several connections are established trough and over the built volume, permeable yet solid. Continuity for the street alignements: One part is folowing one order – that of the bulevard, the other is folowing the smaller street order, in the middle there is a pause, a public space, a space of encounters. Continuity for existing volumetric typologies: One house follows the other, just like they do since the town was built. Continuity for the eye: Glimpses of the other town can be seen from either side of the building, one has to pass on the other side to fully apprehend. Built inbetween, this place relies on the surronding town for its existence, a reliance marked and driven by the memory of the ancient wall. Maybe the town had sieged and conquered its own wall.