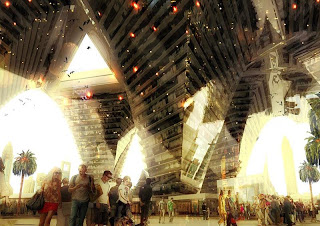 source: BIG
This proposal for a new hotel, park and marketplace in Bawadi turns the traditional modern city upside down to create the first example of a new Arabian vernacular architecture that combines ancient wisdom with a futuristic vision. An urban canopy of public spaces is supported by five pillars of accommodation. As an architectural embodiment of Islamic society, it is an elevated community in the sky founded on five pillars.
The key to building sustainably in the desert is to protect the building and the urban spaces around it from the desert sun. A traditional building block would get heavy exposure on the vertical facades and leave all of the surroundings bathed in the sun. By leaning the facades outwards until the inclination reaches the average angle of the sun, the facades dodge the sunrays and rest in the shade of the building itself.
Due to the relatively high average position of the sun, the total sun exposure can be reduced dramatically at relatively small inclinations. The resulting building volume resembles an inverted pyramid with the apex buried deep in the desert sand. By conceiving the building as a cluster of small and tall pyramids, archways of shaded space are created beneath the floating building mass. The elevated Islamic community thus serves as the vault of an urban oasis, combining the traditional souk and the Islamic garden in the comfortable shade of the massive urban canopy above. 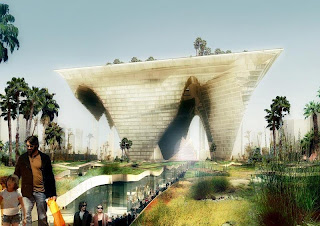 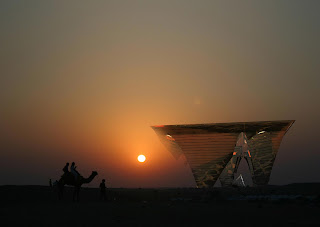 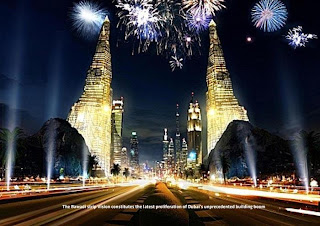 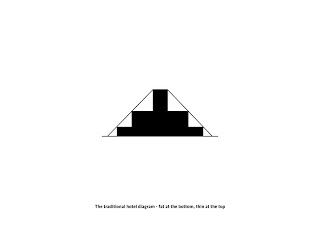 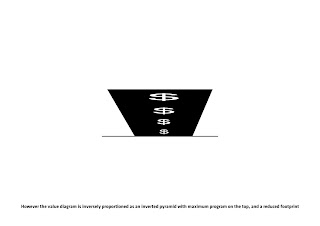 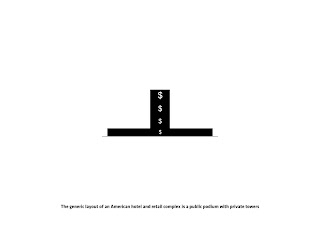 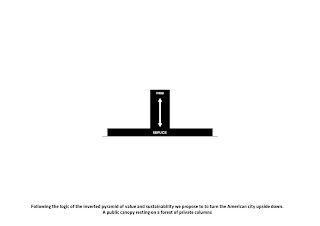 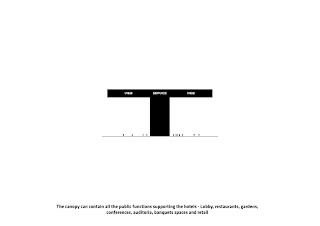 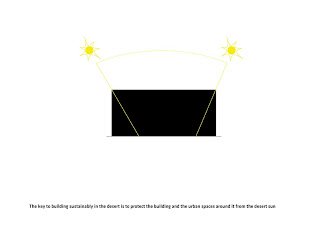 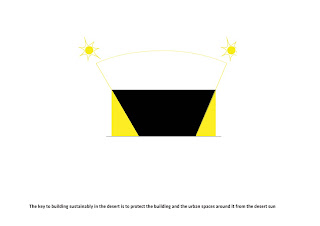 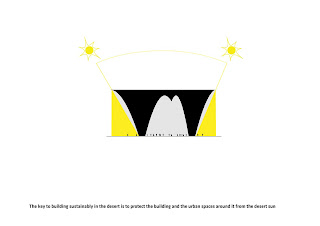 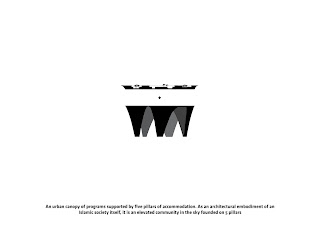 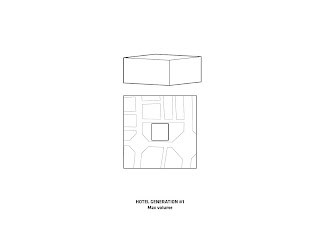 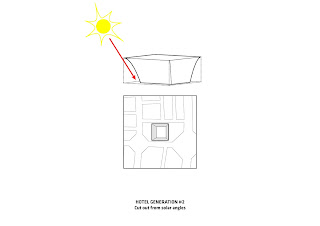 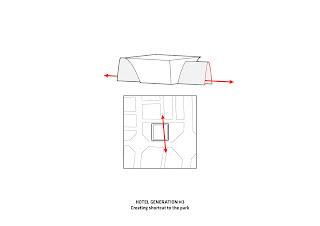 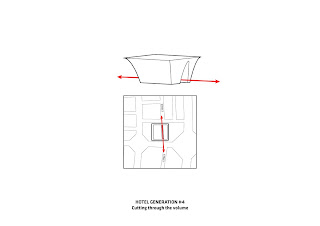 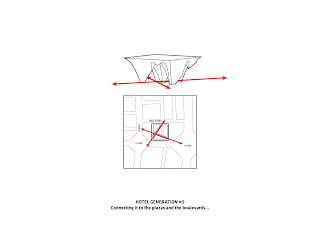 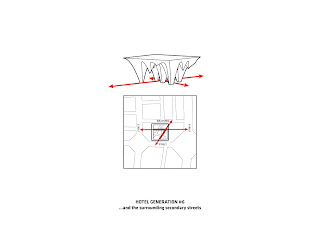 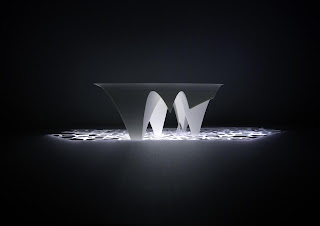 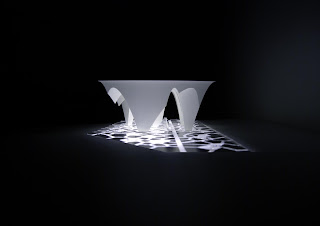 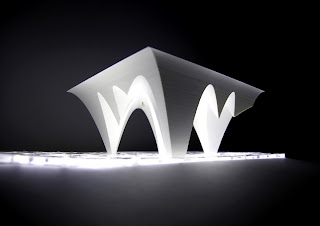 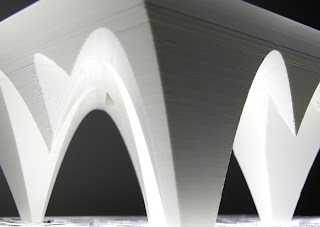 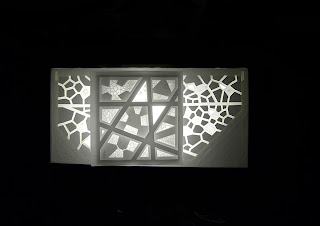 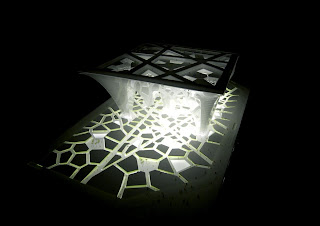 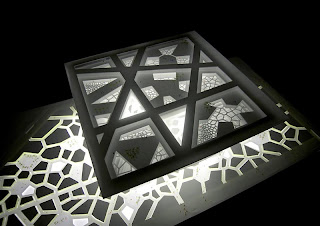 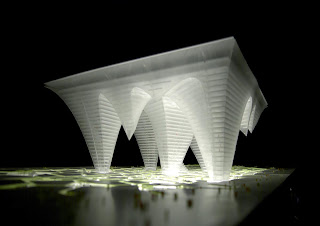 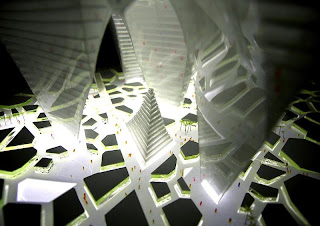 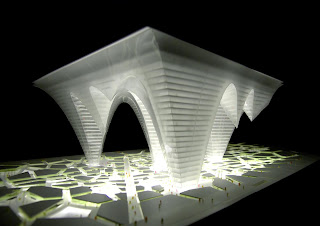 One thought on “BIG”